“A Lover’s Holiday” by Change 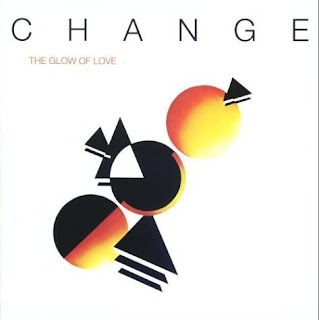 Today’s Disco Discovery: I must confess that I was immediately drawn to this song the very first time I heard it way back in 1980. But I don’t get to hear it anymore now and I think that’s just wrong. It doesn’t show up on too many disco anthologies, even though it was a big enough hit back in its day to warrant the coverage so many other overplayed disco songs get this day in age.

Change was a creation of Jacques Fred Petrus (1949-86), founder/producer of a number of Euro-disco bands including the Peter Jacques Band, Brooklyn, Macho, Caprice, Midnight Gang, Zinc and many others. It seems that the idea behind Change was to exploit the success of the American group Chic (“Dance Dance Dance,” “Le Chic,” “Good Times” etc.). And for a while, Change even overtook the Nile Rodgers/Bernard Edwards band in its disco-fied success.

"A Lover’s Holiday,” featured on the group’s debut album The Glow Of Love, was written by hunky Davide Romani (High Fashion, BB&Q Band) and soon-to-be Twennynine member Tanyayette Willoughby. The musical portion was apparently recorded in Italy and the vocals were recorded in New York City at the Power Station, where a young Luther Vandross was among the vocalists involved (though he does not sing lead here as he does on several other numbers from this record).

The song spent nine weeks at number one, though hardly anything else by the group – which issued another three albums – was ever heard again. “A Lover’s Holiday” was sampled by the Happy Monday’s for their 1990 song “Holiday” and was featured in the 2009 film Couple’s Retreat.

It’s a great groove…and I wish I knew more about the musicians that made it so, particularly the pianist and the bassist who make it what it is: a funk classic.
Posted by Douglas Payne at 9:52 PM

That's funny: I played this wonderful track in my latest mix. I made a link to this post in the tracklist. I like these stories about songs.