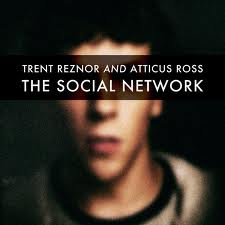 One of my recent Facebook rants involved my stupefaction for the surprising nomination and even more shocking Academy Award win of the Trent Reznor and Atticus Ross score to the David Fincher film The Social Network. I was surprised that something like this could have stood alongside any of the great musical masterpieces that came before it.

But even more forgotten films and surprisingly more forgotten musical scores have achieved an Oscar. I won’t even bother naming the hall-of-shame, who-cares-about scores that won this prestigious award for no reason that ever kept the music alive for anybody. And it’s beneath everybody’s dignity to name exceptional scores that were nominated but did not win Academy Awards. The point is not about good music. It’s about who can publicize their crap the most.

My rant involved an initial disgust for such industry-sponsored award ceremonies to award to the most popular choice – something I just thought happened recently. But, no. This has been going on forever.

Why does anybody care about garbage like the Academy Awards? Because they think that a movie-industry sponsored thing such as the Oscars will help sell more movie tickets? Unfortunately, it does. To me this is like your boss telling you to break the law and you do it because you're told to then you tell people you were just following orders (sound like something else?).

Fortunately, electronic pioneer Giorgio Moroder also won an Oscar for his 1978 score to Midnight Express, featuring the awesome dance classic "The Chase" and, interestingly, a voiceover from the film that was used on the Nine Inch Nails song "Sanctified." As an aside, Moroder also won Oscars for songs featured in 1983's Flashdance and 1986's Top Gun.

I would just like to end this particular rant with an apology to Messers Reznor and Ross for dissing their wonderfully intoxicating electronic score to The Social Network - with a particularly inspired take on Grieg's "In the Hall of the Mountain King." It reminds me why I was so damned attracted to the awesome (and erotic) Nine Inch Nails album Pretty Hate Machine way back in 1989. I still don’t think The Social Network is one for the ages…but it’s one of the better scores I’ve heard in a little while – and also one of the most economically priced soundtracks I’ve ever bought.

While I was initially disappointed to hear that Reznor and Ross were chosen by Fincher to score the American remake of The Girl with the Dragon Tattoo, I now feel that no one else could do the score justice like these two.
Posted by Douglas Payne at 11:05 PM

Is there a link to this rant? I'd like to read it!

Was surprised to see Reznor and Ross win the Oscar as well.

I thought Hans Zimmer did a much better job for Inception.