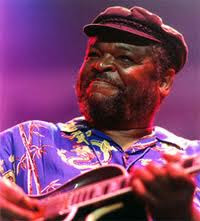 Guitarist Melvin Sparks, a soul-jazz legend and acid-jazz pioneer, died yesterday at his Mt. Vernon, New York, home from heart failure. He would have turned 65 next week. Reports indicate he died from complications associated with diabetes.

Sparks made his name in the late ‘60s and early ‘70s as a soulful guitar player – or “gittar” player, as he called himself – accompanying Jack McDuff, Lonnie Smith, Lou Donaldson, Charles Earland, Jimmy McGriff and countless other soul-jazz stars.

"But for the last two decades," wrote Sparks' friend Annabel Lukins on Jambands.com, "it was the jam-band scene that cherished him as a hidden treasure. As the Acid Jazz style he helped pioneer enjoyed a revival in the ‘90s, its new generation reached out to Sparks with heartfelt reverence and the guitarist found appreciative new fans in the audiences of Galactic, The Greyboy Allstars, Karl Denson's Tiny Univers, Derek Trucks and Robert Walter's 20th Congress." 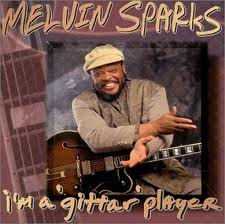 At the height of the Acid Jazz craze in the mid ‘90s, listeners rediscovered Sparks’ rapid-fire soulful boogaloo-styled guitar at the heart of most all of their favorite pieces, reviving the guitarist’s career. Sparks waxed the groove-laden I’m A Gittar Player (Cannonball, 1997) and four discs for the Savant label including What You Hear Is What You Get (2003) and This Is It! (2005).

Melvin Sparks-Hassan was born March 22, 1946, in Houston, Texas. His mother ran a café popular with area musicians and Melvin recalled folks like Don Wilkerson, Billy Harper, Cal Green and Stix Hooper hanging out there. Melvin began to play guitar at age 11 and credits Cal Green, guitarist with Hank Ballard and the Midnighters for many years, providing a good deal of his inspiration. 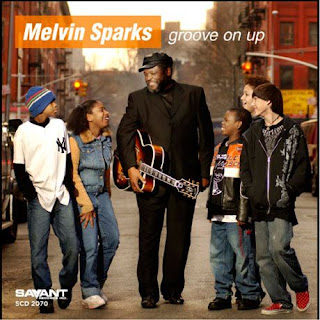 While still in school, Melvin played in a combo with Hammond B-3 great Leon Spencer, Jr., who would go onto record often with the guitarist later in New York. Melvin left school in 1963 to play professionally. His first major gig was with the Upsetters, the famous R&B show band. He spent three years with this band, backing everyone from Little Willie John to Little Richard and Sam Cooke. He left the band in 1967 to join Brother Jack McDuff.

After leaving McDuff, Melvin spent a year with organist Lonnie Smith then formed a working trio with another organist, Reuben Wilson. Sparks can be heard on Wilson’s brilliant 1970 album Blue Mode, the 1973 The Cisco Kid and 1998’s Down With It. The guitarist also waxed organist Charles Earland’s hit album Black Talk! (1969), featuring the wildly popular “More Today Than Yesterday.” Earland and Sparks performed and recorded frequently together throughout the years, right up until the organist’s 1999 death.

During the 1970s, Sparks got his highest-profile gig to that point backing saxophonist Lou Donaldson on the funk-jazz classics "Everything I Do Gonna Be Funky," "Hot Dog," “Donkey Walk” and “The Caterpillar.” 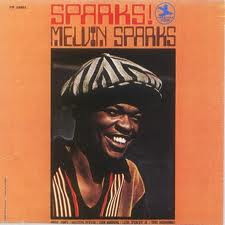 Melvin Sparks’ very first album, titled with his appropriately apt surname and an exclamation point only, yielded a radio hit with his cover of Sly & the Family Stone’s “Thank You (Falettin’ Me Be Mice Elf Again)” but was later rediscovered for the dance-floor covers of The Coasters’ “Charlie Brown” and Eric Burdon and War’s “Spill the Wine.”

These two songs alone are worth hearing over and over again to hear the inspired contagiousness Sparks could generate. He was a tremendously focused player, never losing sight of a solo’s need to engage or its power to enrapture a listener, body and soul. 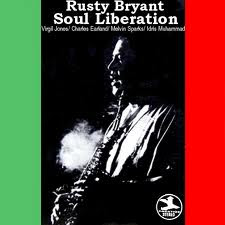 Melvin Sparks’ contribution to the funky sound of jazz is immeasurable.

So many recordings went from soulful to memorable with the addition of Melvin Sparks’ guitar, a signature sound and a fluid rustle that gave groove to everything he touched – from all the major organists to saxists Houston Person, Hank Crawford, Plas Johnson and Red Holloway and vocalists Jimmy Scott, Etta Jones, Leon Thomas, Dakota Staton and Arthur Prysock.

Melvin Sparks, who had a large extended family, reunited with drummer Alvin Queen (who recorded with the guitarist in the mid-1980s) and organist Leon Spencer, who had long since before moved back to Houston, in New York City last October to play a successful week at the Jazz Standard. Hopefully someone recorded the event for posterity.

"I just love to see people have a good time," Melvin Sparks once said. "They don't have to dance if they don't want to as long as they leave happy and long as it helps them get through whatever it is they're trying to get through."

Melvin Sparks helped many of us get through.
Posted by Douglas Payne at 4:42 PM

Thanks doug for the swell post and Melvin will be very missed indeed
☮ldhippieяick¿. ♥ & ☮

Sad news regarding Mr Sparks. I was one of the many people who came across Melvin's music during the Acid-Jazz scene here in the United Kingdom. My favourite track of Melvin's is 'Who's Gonna Take The Weight'

May Mr Sparks rest in peace.

Thank you for alerting us to the above clip. Melvin sounds absolutely on fire here, playing the great "Fire-Eater" (originally heard on Rusty Bryant's exemplary 1971 album "Wild Fire," which incidentally originally highlighted guitarist Wilbert Longmire and Sparks' childhood friend, organist Leon Spencer). Hard to believe a man with this passion and drive could be gone only a few weeks later.

He was a very overlooked guitar player IMO - love his Prestige LP's - "Thank You" is my favourite cut from these. RIP - another legend gone.