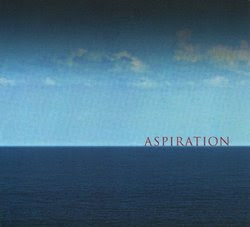 Spiritualism has long been a significant characteristic of Bill Laswell’s work, particularly as the moniker applies to jazz. Laswell has not only worked with many of the avatars of Spiritual Jazz over the years, he has often reflected on this music and its largely unheralded influence in his many guises as bassist, producer, re-mixer, musical conceptualist and, for lack of a more appropriate appellation suitable to the range of work he’s been responsible for over the years, master of ceremonies.

Laswell has also involved himself in many forms of music that some might easily call (or deride) as “new age” but which encompass musical forms of Zen, Sanskrit, Indian philosophies, meditation, yoga and all sorts of divination.

It would be difficult, if not entirely impossible, to read any religious or philosophical meaning or significance into any of this. But it’s fair to say that the spiritual, in all its guises, holds a meaningful role in Bill Laswell’s musical universe and is a place he chooses to go to more than a little.

Aspiration is a tremendously well-conceived compilation of the spiritual jazz that Bill Laswell has either created or contributed to over the years. The disc collects several masterfully intriguing journeys to the spiritual that have been extended, re-mixed, re-considered or re-made completely. And it’s considerably more on the jazz-y side of Bill Laswell’s capacious repertoire, with notable performances by Laswell himself - primarily on bass, but other (untold) instruments as well.

Laswell, like Teo Macero before him, is a mad scientist who must spend hours and hours, days and nights on end, in the studio tweaking a performance one way or another – and then again in a different way - to suit the sound he hears in his head at that moment. One performance of a song could come out one way on one disc and appear in a completely different guise (and sometimes even under a different title) on another disc. This is why you never see recording dates on Laswell projects. Probably no one other than Bill Laswell knows how much work goes into any one Bill Laswell recording.

The perfectly titled and uniquely unattributed Aspiration begins with “Pattabhi Jois,” named for the Indian yoga teacher K. Pattabhi Jois (1915-2009). The song, which may be a remix of one or more of Laswell’s Asana yoga songs or an entirely new creation altogether, certainly qualifies as an asana (a spiritual type of yoga that seeks to achieve the divinity of devotion).

Here, Laswell engages in spectacular fashion with the tremendous Norwegian trumpet maestro Nils Petter Molvaer (who has been heard on Laswell projects like Method of Definance’s Inamorata, Gigi’s Gold and Wax and Laswell’s Dub Chamber 3) and Indian tabla prodigy Zakir Hussain (with Laswell on albums by Material, Nikki Skopelitis, Sacred System, Pharoah Sanders and Laswell’s own Lo Def Pressure). Both the trumpeter and the tabla player have featured on the Asana programs as well. The three make for a mesmerizing unit when divining upon the spiritual, something that all three must come at from very different perspectives.

The original version of “The Hidden Garden/Naima” appeared on the 1994 Material album Hallucination Engine and features both Bootsy Collins and Jonas Hellborg on bass (in addition to Laswell) as well as Bernie Worrell and Jeff Bova on keyboards. Here, Laswell extends Coltrane’s now standard jazz melody (written for his first wife) exquisitely with his bass to more or less dominate the song.

“Searching For You” originally appeared (nearly as is) on composer, vocalist and performance artist Sussan Deyhim’s recent album City of Leaves (Venus Rising). Ms. Deyhim, who has also appeared with Laswell’s Sacred System, is famed for her wordless incantations and has collaborated with Mickey Hart, Jerry Garcia, Peter Gabriel, Briano Eno and Bobby McFerrin and can be heard on many film soundtracks like The Last Temptation of Christ, Any Given Sunday, Unfaithful, The Kite Runner and her own award-winning soundtrack (in collaboration with Richard Horowitz) for the Czech film Tubruk. The “you” of this search is anybody’s guess. But this ranks as one of Aspiration’s highest achievements.

“Time” is a complete reconsideration of “Life” from the excellent 2001 disc Life Space Death, credited to his holiness The Dalai Lama, with music by Toshinori Konda and Bill Laswell. Here, Konda’s horn is removed (though he provides other musical effects – as well as the interview which elicts the Dalai Lama’s voice) and a brief snippet of the Dalai Lama’s text is used to highlight one of Laswell’s finest showcases of bass prowess on recent record.

Both Sanders and Sharrock (1940-96) were fathers of the Spiritual Jazz movement and Laswell had, of course, worked with both on separate occasions: Laswell featured Sharrock in his free-form jazz ensemble Last Exit as well as producing the guitarist’s last several albums and Sanders has continued to work with Laswell since the saxophonist’s remarkable 1996 disc Save Our Children.

Aspiration achieves much that is great. It is a superb tribute to Spiritual Jazz, a type of music that until very recently hasn’t even had a name or a proper place at the table. It is also notable for reminding listeners who may have forgotten (or had never known in the first place) just how essential Bill Laswell’s contribution to jazz – and music in general – is. Aspiration is certainly one of the best places to hear Bill Laswell play, something that a Laswell production doesn’t often provide.

At 48 minutes, though, the disc doesn’t feel like enough. But what Aspiration achieves in three quarters of an hour outranks many collections that nearly double that playing time. A positive spirit would say that such music says all it needs to say. And if there’s more to say, a second volume is forthcoming.
Posted by Douglas Payne at 1:06 AM