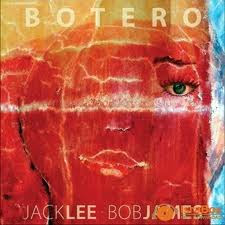 The evolution of pianist/composer Bob James from accompanist/arranger and producer/label owner to successful solo artist and popular bandleader has been fascinating. His music has changed quite a bit during this period too, running the gauntlet of genres and generations.

Indeed, fans of Bob James’ group Fourplay are unlikely to know or appreciate his great Tappan Zee records of the late 1970s and early eighties and, likewise, anyone who digs the fabled “Nautilus” sample is not likely to find much to sample since Bob James helped define the revered as reviled “smooth jazz” sound back when Double Vision was a hit in the mid 1980s.

Now in his seventies, Bob James has also slowed the pace of his recording schedule, even guesting on far fewer records than he ever did during his New York City heyday (he currently resides in rural Michigan). But to the man’s credit, he maintains a fairly active touring calendar all over the world with Fourplay, old comrades like guitarist Earl Klugh, BJ Swift (his band with turntable artist Rob Swift, a group which has not yet put out its own record) and Angels of Shanghai. 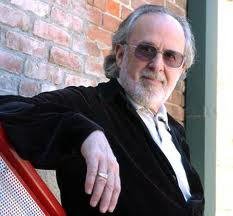 One of Bob James’ collaborators in Angels of Shanghai is South Korean guitarist Jack Lee. Born in Seoul on September 2, 1966, Jack Lee was influenced by rock guitar heroes such as Eric Clapton, Jimi Hendrix and Jeff Beck before discovering the jazzier sounds of Pat Metheny, Larry Coryell and Miles Davis. He ventured to the United States at 17, where he studied with such guitar luminaries as Larry Coryell, Emily Remler, Bill Connors and John Scofield. 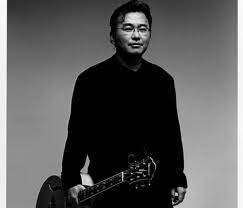 Lee eventually recorded with Chico Freeman, Bob Belden, Toninho Horta, Billy Kilson, Harvey Mason and Dave Grusin (Lee also performed recently live with Lee Ritenour in Seoul). He launched his own series of recordings with 1991’s Winds and Clouds, maintaining roots in his Asian heritage while dedicating himself to the jazz which continues to influence and inspire him.

Jack Lee first recorded with Bob James on the pianist’s Urban Flamingo (Koch, 2006), providing guitar and co-production to the Bob James/Nathan East song “Endless Time.” Jack Lee next helped Bob James coordinate the Angels of Shanghai recording, providing guitar and production for the 2007 CD, which includes another version of “Endless Time,” the terrific “Dialogues: The Universal Language” and a remarkable variation of one of Bob James’ biggest hits, “Angela (Theme from ‘Taxi’)” called “Angela With Purple Bamboo.”

Botero might be the most significant album Bob James has made in quite some time. Jack Lee has a way of inspiring the pianist in a way that very few have outside of such guitarists as Eric Gale, Earl Klugh – who waxed three memorable albums with James, One on One (1979), Two of a Kind (1982) and Cool (1993) – and Lee Ritenour (heard on James’ Grand Piano Canyon and a co-founder of Fourplay on the quartet’s first three discs). Lee and James are accompanied here by American bassists Nathan East – like Bob James, a founding member of Fourplay – and Melvin Davis and Asian drummer Lewis Pragasam.

The program, recorded in Seoul and Los Angeles between April and September 2009, is a heady mix of Lee originals (“Botero,” “April” and “Dream with You”), James compositions (“Sphere,” “Lovers in the Moonlight”), Melvin Davis’ “The Wind Comes,” and offbeat and surprisingly effective covers (Astor Piazzolla’s “Oblivion,” Antonio Carlos Jobim’s “Luiza” and the semi-standard “Love Me As Though There Were No Tomorrow”).

Opening with James’ curiously provocative “Sphere” (also the name of the quasi-Botero cover painting, credited to both Bob James and Katie Ko, presumably Lee’s wife), this finds James crafting a jazzier take on one of his more distinctive One on One compositions. Both James and Lee solo on acoustic instruments, impassioned with a certain flair that is unusual in much of James’ recent discography.

Lee is right on board, providing a Klugh-like basis that transforms into something even more inspired. The same is true of James’ beguiling “Lovers in Moonlight,” the romantic sort of stuff you would expect by the title, but something that offers some thoroughly intoxicating chord changes and some of James’ more beguiling pianisms on record. Neither track provides the strong melodic statements of yore. But both have plenty of goose-pimple inducing creativity to engage the listener on a repeated basis.

The album’s strongest track is Lee’s mildly funky “April,” where the guitarist provides a catchy melody and some riffs right out of former Fourplay guitarist Larry Carlton’s bag of tricks. Lee gets James to solo wonderfully on Fender Rhodes here, which by itself makes this CD a worthy investment.

Lee’s “Botero,” presumably named for the Columbian painter, comes close to suggesting Pat Metheny in style and substance but adds James, who briefly dusts off his Fender Rhodes (and various other Lyle Mays-like accompaniments), for melodic significant counterpoint. Even though Lee plugs in for “Dream With You,” he still suggests Pat Metheny. But again it provokes James into a luscious solo worthy of one of his strongest jazz statements.

It’s terrifically gratifying to hear Bob James expounding upon such unexpected gems as Astor Piazzolla’s haunting and sumptuously moody 1982 composition “Oblivion” (used in the 1984 film version of Henry IV) and Jobim’s gorgeous late-period waltz “Luiza,” offering the best performances from the leaders and the band (particularly Nathan East) on the disc – not to mention the extraordinarily lovely piano-bass duet of “Love Me As Though There Were No Tomorrow,” best known by its 1957 interpretation by Nat King Cole (Johnny Mathis waxed the tune in 1962 and Glen Campbell performed it in 1967).

James has rarely had his pianistic chops challenged on other people’s material outside of the fusion covers he did years back and the occasional “straight ahead” music he engages in on such discs as (the great) Straight Up (1996) and Take It From The Top (2004).

The only negative thing that comes to mind about Botero is that it doesn’t “feel” like a collaborative project as much as it presents a Jack Lee outing with special guest Bob James. Even on the few tracks where Bob James dominates, it feels like Jack Lee is just a guest.

What makes it all work particularly well, though, is that Jack Lee and Bob James, two musicians of differing generations from completely different cultural backgrounds, play exceptionally well together (no star tripping here) and it’s worth hearing the beautiful noise they make together.
Posted by Douglas Payne at 11:46 PM