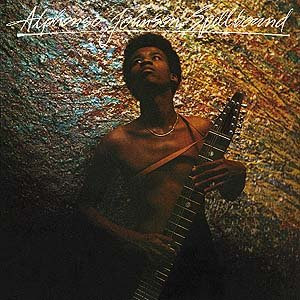 Bassist and Chapman Stick extraordinaire Alphonso Johnson (b. 1951, Philadelphia) has had a distinguished career in music. His earliest recorded gig was as part of Philly's fabled Catalyst (1972-1974). But he ascended to international fame as part of the jazz super-group Weather Report (1973-76: Mysterious Traveller, Tale Spinnin' and Black Market), replacing Miroslav Vitous (Johnson was replaced in the band by Jaco Pastorius). 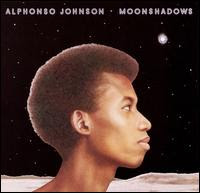 Spellbound also includes Johnson's wonderful near-hit "Bahama Mama," which first appeared on Flora Purim's That's What She Said (Milestone, 1976) and was later featured as part of Johnson's appearances on Montreux Summit (Columbia, 1978) and Alivemutherforya (Columbia, 1978) as well as a Japanese LP, Aurex Jazz Festival '80 that I've never heard (and a cover without Johnson by Swedish flautist Tys van Leer on his great 1978 album Nice To Have Met You). 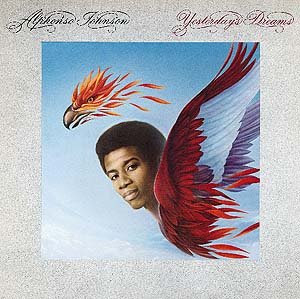 Still performing, Johnson, whose stark good looks and handsome countenance could have made him a successful model or leading man, has gone on to anchor more recent recordings by Santana, The Meeting, Abraxas Pool, Jazz Is Dead and Sergio Mendes and has lately appeared live with former Santana great Gregg Rolie, the Manhattan Transfer and Danny Gotlieb.
Posted by Douglas Payne at 9:55 PM

Good work bro! Could you post Moonshadows for me? It is one of my favorite albums!! I would really appreciate it! Good day my friend!

Hello !.
You re, I guess , perhaps very interested to know how one can manage to receive high yields .
There is no initial capital needed You may start earning with as small sum of money as 20-100 dollars.

AimTrust is what you thought of all the time
The firm incorporates an offshore structure with advanced asset management technologies in production and delivery of pipes for oil and gas.

It is based in Panama with affiliates around the world.
Do you want to become an affluent person?
That`s your chance That`s what you really need!

I feel good, I began to get real money with the help of this company,
and I invite you to do the same. If it gets down to choose a correct partner utilizes your savings in a right way - that`s the AimTrust!.
I earn US$2,000 per day, and my first investment was 500 dollars only!
It`s easy to join , just click this link http://sisulupy.wtcsites.com/isyfah.html
and lucky you`re! Let`s take this option together to feel the smell of real money