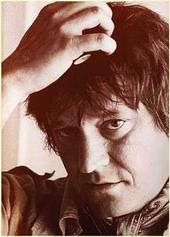 A forgotten chapter in the CTI Records legacy is the brief relationship the label shared with the Swedish Metronome label in the early 1970s.

The deal was set up by Creed Taylor to allow the distribution of American CTI titles in Sweden, where there was already a thriving jazz audience and an especially artistic jazz community, and, in return, allow the fruits of Swedish Metronome productions to be distributed in the U.S. by CTI.

In America, the deal seems to have resulted in only three releases, all by Swedish flautist and composer Bjorn J:son Lindh. CTI Americanized his name somewhat for the first two releases as "Jayson Lindh" (the Swedish releases of the same albums correctly listed the flautist as Bjorn J:son Lindh) and while he was a good fit for CTI - standing along side such similarly multi-talented CTI flautists as Hubert Laws, Joe Farrell and, later, Jeremy Steig (who surely influenced Lindh, as well as Jethro Tull front man Ian Anderson) - Lindh elicited a particularly interesting and appealing and un-CTI musical amalgam that meshed jazz with funk and middle-eastern with the middle ages.

Meanwhile, Taylor's CTI empire was growing by leaps and bounds and he either didn't have the time to deal with this end of the business or wouldn't assign someone else to manage it. So it just kind of folded in on itself. Perhaps if Lindh's sales matched the numbers that CTI artists Freddie Hubbard, Stanley Turrentine, Grover Washington, Jr. or Deodato was moving, Taylor would have done something more with Metronome in America.

Although Lindh recorded actively after the dissolution of the Metronome-CTI relationship - waxing the particularly good Raggie with American musicians in 1976 - his music and his recordings, which has been heavily sampled in recent years, remain too little known outside of Europe. 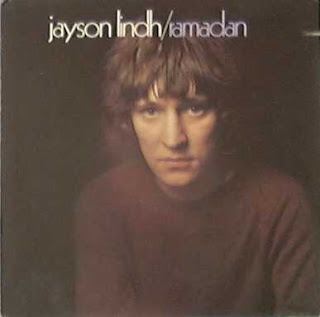 Ramadan: Swedish flautist Bjorn J:son Lindh was 26 years old when he laid down Ramadan, his recording debut, in Stockholm during several sessions in March and April 1971. Through a partnership with CTI Records, the Metronome album was issued in the United States the following year and it is the most singularly un-CTI album imaginable. The concept is clearly Lindh's, not the producer's (Anders Burman). Six of the album's eight songs are Lindh originals and the one cover - Paul Butterfield Blues Band's forgotten Woodstock hit "Love March," which was also this album's single release - hardly seems like the sort of cover CTI would endorse. There are no all-star line ups here and even Lindh's highly distinctive sound on flute - a sharper, breathier attack that often gets busier than most jazz flutists get - is quite a bit more abrasive than the mellifluous CTI soloist is known to be. Still, the unique Ramadan has endured to be become a fusion classic, despite never having appeared on CD. Electric funk abounds here, from "Loading Ramp" and "Daphna" to "Tuppa" and "Light House." Lindh channels the Middle Ages on "My Tulip" and hints at the Middle East direction he would perfect on later recordings with the title cut. Several ECM stalwarts such as (electric) pianist Bobo Stenson ("Daphna," "Tuppa"), bassist Palle Danielsson ("Love March") and drummer Rune Carlsson ("Benito's Rabbit," "Light House") are on hand here and despite the differing line-ups for each track, Lindh appears on flute for each one, occasionally adding percussion and keyboards (which is how he was often featured on many of Swedish guitarist Janne Schaeffer's records). 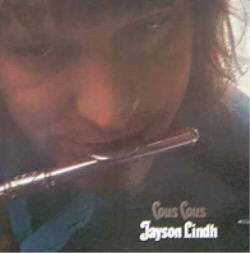 Cous Cous: Recorded between July and October 1972, Bjorn J:son (Jayson) Lindh's second solo album continues the trajectory the flutist charted on his 1971 debut, Ramadan, with more of an ear towards radio airplay. This accounts for the odd-choice cover of Danny O'Keefe's "Good Time Charlie's Got The Blues," the album's single release, arranged to sound like a pleasant bit of folk from an early 1970s soundtrack. The funk gets turned down a notch or two here in favor of grooves that wouldn't sound out of place in, well, a film soundtrack of the period. The slow, yet engaging, "Kiki," one of the album's highlights, is a perfect example. It's no wonder that Lindh went on to score films. He's expert at setting and exploiting the perfect mood. "Charlie" and the 45's b-side, "Elastic Springtime" (where Lindh sounds as if he's playing a recorder) both sport suitably subtle string arrangements by Lindh too, no doubt to aid playability. The rest of the album caters best to Lindh's real audience. "Bobo" is an engaging fusion jazz jam, obviously titled for pianist Bobo Stenson, who duels commandingly here with Lindh on electric piano. "The Boomer Pump" is an up-tempo groover that finds Lindh soloing on flute overtop his own electric piano, which sounds suspiciously like CTI labelmate Deodato's staccato attack on the instrument. "El Henna" is one of Lindh's middle eastern reflections and "Abdo," featuring Abd el Rahman el Khatib's lute, is an intoxicating raga that sports Lindh's finest moment on the record. Guitarist Jan (Janne) Schaffer appears on six of Cous Cous's eight tracks - but more as part of the scenery than as part of the front line. 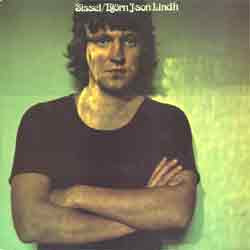 Sissel: Flautist Lindh's third solo album - and the last of his three American releases - is one of his best, with the funk right back in the foreground. Lindh's flute has developed a characteristically appealing charm by this 1973 recording and he's gotten a pattern down for an engaging aural experience. Sissel is a bit more spacey than previous outings, with longer, exploratory pieces that nearly border on rock, but stay within differing variations of funk jazz. Every one of the album's six tracks, three by Lindh, are worth hearing. One of the album's most significant advantages is that the long playing time of each song opens each up for soloing opportunities among the other players. Guitarist Jan (Janne) Schaffer is more prominently featured here, notably on Lindh's funky "Bull Dog" and "Storpolska" (funky strings are briefly heard on both too) and "Sissel." Soprano saxist Lennart Aberg gets several solos on the grooving "Surto's Pyle'as," "Storpolska" and "Sissel." Like Lindh's other Metronome albums released by CTI in the United States, Sissel has never been issued on CD. There may be several reasons for this. My guess is that Sony owns the rights to the albums and, in all likelihood, are not even aware these gems are in their archives. It's a true shame. The world needs to hear more Bjorn J:son Lindh.

I wish I could say I've heard more of Lindh's records. He's released many since 1973. The laid-back funk of Boogie Woogie (1973), the marvelous Raggie (1976 - featuring a cool take on The Miracles' "Love Machine," with Lee Ritenour and Ernie Watts) and Bike Voyage II (1978, aka A Day At The Surface) are the extent of my Lindh experiences outside of CTI. And each have their recommended highpoints.

Lindh can also be heard on many of guitarist Janne (Jan) Schaffer's records, particularly the early ones, from 1972 to about 1985. Lindh sticks mainly to keyboards on most of these records. But to hear Lindh, where Schaffer features him on flute, I recommend checking out "Titus" and "Vindaras Madrass" from Janne Schaffer (Four Leaf Clover, 1972), "Uggor I Mossen" and "Scales" from the ultra-bad and way-funky Janne Schaffer's Andra LP (Europa film, 1974), "Ramsa" from Katharsis (Columbia, 1977) and "Oriental Sign" (as well as flute backgrounds on "Hot Days And Summer" and "The Shrimp") from Earmeal (Columbia, 1979). 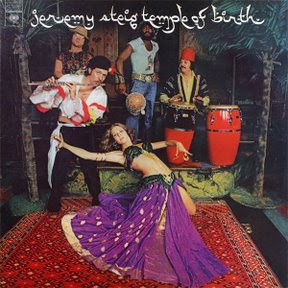 Also, for anyone who wants to hear the American equivalent of Lindh's groove, check out Jeremy Steig's tremendous, yet all too-hard-to-find Temple Of Birth (Columbia, 1975), a brilliant bit of jazz-rock that features Johnny Winter, Richie Beirach, Anthony Jackson, Alphonse Mouzon and Ray Mantillia. Like Lindh, Steig went on to CTI, releasing one record under his own name, the sadly underwhelming and otherwise unconvincing Firefly (1977).

You can also visit Bjorn J:son Lindh at his MySpace page.
Posted by Douglas Payne at 9:59 PM

Dude, you need to dig a bit deeper ... Steig released many albums with many great tracks including the one used by the Beastie Boys. You should try and find a few of the other Columbia and Solid State sessions.