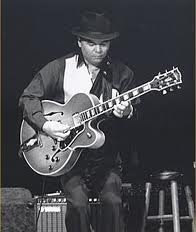 Cincinnati based guitarist Wilbert Longmire has long had a curious career as a legend throughout northern Ohio and as an occasional headliner on national albums, paired with some of jazz’s greatest names.

Born in Mobile, Alabama, Wilbert moved with his parents to Cincinnati when he was only three. He started off as a violinist in his school’s orchestra, studying and performing classical music until he discovered the guitar. He played a little while, learning the songs he wanted, and put the guitar aside.

Longmire picked up the guitar again when he was invited to join a musical group called The Students, which was featured at the Motown Revue. By this point, the entirely self-taught guitarist was hooked. He joined organist Hank Marr’s band in 1963, recording several albums and singles with this combo that also featured the nationally-renowned saxophone of Rusty Bryant (1929-91), who like Marr, was a Columbus native.

The guitarist came to more widespread attention as part of Trudy Pitts’s band, notably on the Philadelphia-based organist’s earliest Prestige albums A Bucketful of Soul and The Excitement of Trudy Pitts. Jetting off to the West Coast, Longmire then contributed to Jean-Luc Ponty’s first American recording, Electric Connection (arranged and conducted by Gerald Wilson) and “Scorpio Rising,” probably from the same session, on Wilson’s own Eternal Equinox. 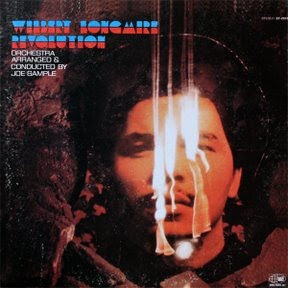 It was during this period that Wilbert Longmire waxed his first recording as a leader, Revolution (World Pacific, 1969), arranged and conducted by The Jazz Crusaders’s Joe Sample and featuring a host of L.A.’s first-call session players (and Houston native Leon Spencer Jr.) giving a soul-jazz spin to pop classics of the day by Simon & Garfunkel, The Beatles and James Brown.

The record garnered a little radio play at the time, but sadly little attention. In the intervening years, it has since become something of a crate-digger’s wet dream, containing enough funk to qualify as an acid jazz classic and enough feeling to land smartly in that land now known as classic Northern Soul. 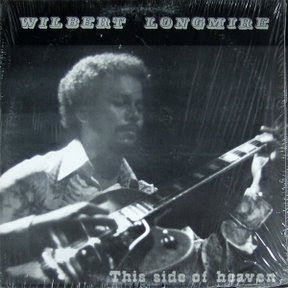 Several years later, Wilbert Longmire recorded his second solo album, This Side of Heaven (J&M, 1976), featuring the guitarist in a quartet minimally highlighted by a few string instruments. Leon Spencer again features on keyboards. But Longmire excels on this little-known and barely-distributed album. If anything, This Side of Heaven displays the tremendous influence George Benson has over Longmire as not only a guitarist and composer, but also as a singer and a performer.

Indeed, Benson had long been friends with Longmire and it is the fellow guitarist who is responsible for the national attention Wilbert Longmire finally received in 1978. George Benson, who had already found worldwide fame with the hit “This Masquerade” and jazz’s first million-selling album, Breezin’, was recording a solo for Maynard Ferguson's 1977 album Conquistador, when the album’s producer and arranger, Bob James, had discussed setting up his own label, Tappan Zee Records. Benson suggested that James consider Wilbert Longmire for the label.

“Wilbert Longmire was recommended to us by George Benson,” said Bob James at the time. “And we’re very glad we took George’s advice and signed him. Because when we went into the studio for the first time we discovered that not only is he a great guitarist, he also has a fantastic voice.”

Wilbert Longmire waxed three records for the Tappan Zee label, Sunny Side Up (1978), Champagne (1979) and With All My Love (1980). Each of the three albums features the greatest players from the New York studio scene of the ‘70s including the Brecker Brothers, David Sanborn, Eric Gale, Steve Khan, Richard Tee and others, in settings conceived by Tappan Zee’s artistic brain-trust, Bob James and Jay Chattaway.

Bob James is involved in all three albums as a composer (specifically “Diane’s Dilemma” and “Ragtown” from Champagne and "Take Your Time (From Taxi)” from With All My Love), performer/soloist, producer and arranger. So it’s a sure bet that if you like the pianist’s Tappan Zee albums from this period (Touchdown, Lucky Seven, etc.), you will surely want to complete your Bobography with these Wilbert Longmire albums. 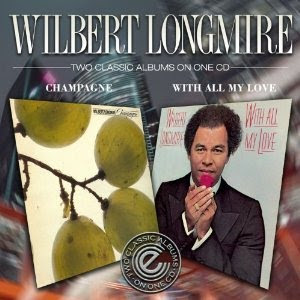 While Sunny Side Up has been issued on CD several times in the UK and Japan, neither Champagne nor With All My Love has ever appeared anywhere on CD – before now. The British Expansion label, purveyors of lost soul from the ‘70s and ‘80s, has finally issued Wilbert Longmire’s entire Tappan Zee output on two separate CDs, one disc combining Champagne with With All My Love and another disc solely featuring Sunny Side Up. 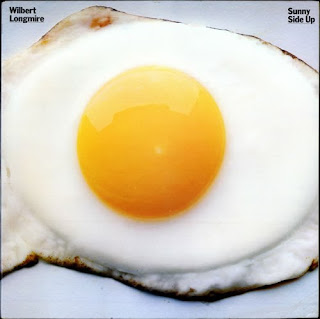 Sunny Side Up has never been one of my favorites. But it’s sort of become an acid-jazz classic, especially favored by DJs. Billboard didn’t know what to make of the album either, correctly concluding that the guitarist – best served in small-group formats – was buried under horn sections, electric keyboards and vocal choirs. Still, there are good moments that revel more in the “Tappan Zee” sound at the expense of Wilbert Longmire’s especial artistry. Such highlights include the sensational “Black Is The Color” (arranged and adapted by Bob James, also featuring David Sanborn) and Wilbert Longmire’s own “Starflight.” 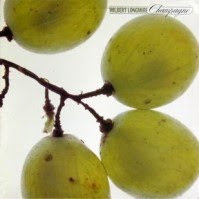 Champagne is one of the best non-Bob James albums ever issued on Tappan Zee. The material here feels more compatible to Longmire than either the previous Sunny Side Up (1978) or the overtly commercial With All My Love (1980). That is probably due to, first, the consistent presence of a first-tier fusion rhythm section consisting of James on keyboards, Richard Tee on piano (on three tracks), Eric Gale on guitar, Gary King on bass, Harvey Mason or Idris Muhammad on drums and Jimmy Maelen on percussion and, second, a preponderance of Longmire's beautiful guitar playing, even on the vocal piece, "Love's Holiday," and the Benson-like smoothness of "Pleasure Island." Longmire's guitar is the star here and he sounds particularly inspired and utterly unique on his own "Funshine" (recalling those heavy jams he recorded with Rusty Bryant in the early 1970s) and engaged and engaging on "Diane's Dilemma." Champagne, Longmire's fourth album as a leader, is hands down his finest effort and should have made him at least a jazz guitar star. Highlights: Bob James' lightly funky "Diane's Dilemma" and oddly jazzy "Ragtown" (both featuring Michael Brecker), Jay Chattaway's very smooth "Pleasure Island" and Longmire's own funky "Funshine" (featuring a playful horn arrangement by Randy Brecker). 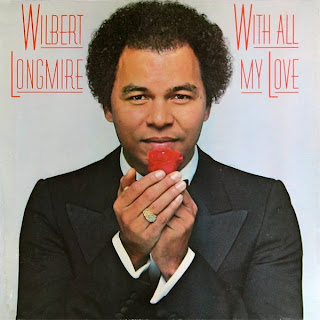 With All My Love goes back and forth for me. Sometimes I appreciate what was developing into a slick smooth-jazz formula. And sometimes it’s infuriatingly trite and cloyingly catchy. Still, there’s a high level of musicianship from all concerned here, even if things start to slip into clockwork anonymity in the process. “Hawkeye,” which surprising recalls some of Gabor Szabo’s music of the period, Jay Chattaway’s pretty “Crystal Clear” (reminiscent of The Brothers Johnson’s “Tomorrow”) and the very Jamesian “Take Your Time (From ‘Taxi’)” are exceedingly worthy. Even Longmire’s spritely melodic “Strawberry Sunset,” which obviously riffs off George Benson’s “Affirmation,” is well worth hearing. The rest is radio fodder, notably “Music Speaks Louder than Words,” which became a minor radio hit back in the day. Interestingly the poppy “Music Speaks Louder Than Words” prefigures The Clarke/Duke Project’s like-minded hit “Sweet Baby” by a full year.

Wilbert Longmire would then pretty much disappear from the national recording scene. Tappan Zee very shortly thereafter stopped recording artists other than Bob James, probably the label’s only money maker. A “best of” compilation album was issued under the guitarist’s name featuring “Black Is The Color” and “Love Why Don’t You Find Us” from Sunny Side Up, “Ragtown,” “Pleasure Island” and “Love’s Holiday” from Chamagne and, of course, “Music Speaks L:ouder Than Words” from With All My Love. To my knowledge, Wilbert Longmire has not recorded another album as a leader since his Tappan Zee records.

Never having left Cincinnati, Wilbert Longmire has remained an active player, gigging at clubs throughout Northern Ohio and occasionally touring outside of the Buckeye state. He reunited with Hank Marr in the mid ’90s, recording several albums with the organist, who passed away in 2004.

But it is the three albums Wilbert Longmire recorded for Tappan Zee in the late ‘70s and finally available on CD some three decades later that remain his most appreciable and enjoyable contribution to music thus far.
Posted by Douglas Payne at 11:44 PM

What a GREAT artist..and an even greater mentor to young up and coming artist.You've taught me invaluable lessons on being a musician.