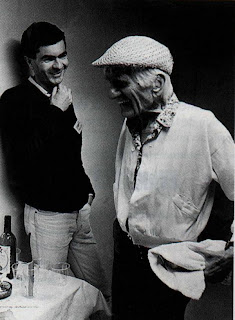 Shortly after graduating college in 1987, I ventured to New York City with the naïve hope of finding a job. It was a miserable time and a memorably awful experience. My hope was to land a job in advertising.

I ended up with a film pass for a great foreign film from a prestigious film distributor based in NYC that couldn’t hire me and an interview for a position selling ad space for some TV or radio station, knowing full well that’s not what I had in mind. I went back home to Pittsburgh and ended up getting a job later in the Washington, DC, area, where I’ve been ever since.

While I was in New York that fall – my third time there, actually – I had one hope outside of scoring a job: to see Gil Evans perform live. It was well known that Evans held court on Monday nights at Australian émigré Horst Liepolt’s Greenwich Village eatery Sweet Basil, and I wanted to witness the aging Evans, who was 75 years old at the time, before he could no longer perform. 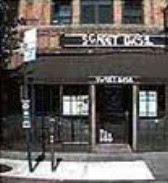 I had recently discovered the Gil Evans classic Out of the Cool (through MCA’s then-recent 25th anniversary reissue program, worth noting now that Impulse is celebrating its 50th anniversary this year), delighting time and again in the magnificent “La Nevada,” and, of course, knew the great Miles Davis/Gil Evans classics Porgy and Bess and Sketches of Spain.

I didn’t really know how different Gil Evans’ music had become all those years later. But I didn’t care. Whatever he was doing, I wanted to hear it.

Sweet Basil was located pretty close to where I was staying, so I walked there one Monday afternoon to find out where the place was located. I found it. But I also saw a handwritten sign in the window saying that Gil Evans was not performing his regular Monday night stints as he was currently “on tour in Europe.” Oh well. Maybe next time. 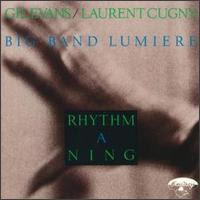 Shortly thereafter, a CD called Rhythm A Ning, credited to Gil Evans/Laurent Cugny and Big Band Lumiere, was issued on the EmArcy label. As it was a new release by Gil Evans, I immediately picked up on it, having been especially disappointed by the soundtrack albums issued for then recent Gil Evans scores Absolute Beginners and The Color of Money (both of which were little better than pop song collections).

Apparently, this is some of what Evans was up to while in Europe when I wanted to see him in New York. It’s also one of a series of later Gil Evans recordings, including duet discs with singer Helen Merrill and saxophonist Steve Lacy, and surely one of the best. In my view, it’s among the best music that Evans ever recorded under his own name.

Laurent Cugny, a new name to me at the time and one that hasn’t traveled across the ocean much since then, was born in La Garenne-Colombes, France, on April 14, 1955, and studied piano from the age of 10, eventually earning degrees in economics and cinematography. He became famed in French jazz circles for his 1979 creation of the Lumiere big band, but helmed a number of film shorts and wrote much (mostly about jazz) during this time too. Eventually Cugny went on to write biographies of Gil Evans (Las Vegas Tango, 1989) and Miles Davis (Electrique, 1993).

Cugny had long tried to persuade Gil Evans to come to Paris and record with his Lumiere Big Band, but Evans always declined. Citing Cugny’s piano-playing leadership of the orchestra, Evans simply said “you don’t need me.” After a number of changes of heart and unknown misunderstandings, Evans finally called Cugny to say he was ready to commit to the project.

Recorded in Paris on November 2, 3 and 26, 1987, the inspired program features Monk’s “Rhythm-A-Ning” (a frequent part of Evans’s performances since the 1970s) and Cugny’s “Charlie Mingus’s Sound of Love” (modeled after Charles Mingus’s own “Duke Ellington’s Sound of Love”) as well as the magisterially extended takes of Jimi Hendrix’s “Stone Free” (long a feature of Evans’s live performances) and Evans’s own “London” (derived from his “Copenhagen Sight” from the 1980 Public Theatre performances, issued on record with the first recorded example of Evans’s take on “Stone Free” too) and “La Nevada” (originally recorded by Evans on his brilliant 1961 album Out of the Cool and a song which Evans had – surprisingly – not performed in over two decades). 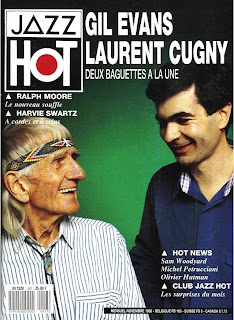 Aside from many nice features for Gil Evans on both acoustic and electric piano, this band has a togetherness that isn’t often heard on the plethora of Evans’ live recordings of the period.

The arrangements on all but “Charlie Mingus’s Sound of Love” are by Evans, though it’s fair to assume that Laurent Cugny probably had a hand in much of the way the performances are shaped, having lovingly transcribed the arrangement for “La Nevada” by listening to Evan’s Impulse recording of the tune. I recall a bunch of critical backlash for this record at the time that I could never understand. Listening to it again all these years later reconfirms my long-held belief in the beautiful originality and creative joy in this music.

Rhythm A Ning is outstanding and while it’s not necessarily the Gil Evans original that Out of the Cool, The Individualism of Gil Evans or even Porgy and Bess or Sketches of Spain could be said to be, it’s a perfectly beautiful celebration of the Gil Evans aesthetic, ranking well above any number of the many live sets that were so much a part of Gil Evans discography in the ‘70s and ‘80s. 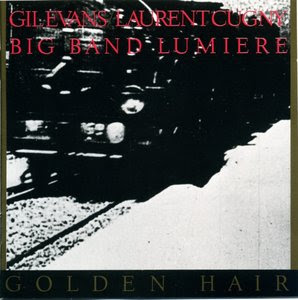 And then for no reason lovers of Rhythm A Ning like myself were rewarded in 1989 with Golden Hair, an additional set of performances from the Paris sessions, recorded on November 3 and 26, 1987, and eliciting even more wondrous performances from Evans, Cugny and the Big Band Lumiere.

Golden Hair is not a profiteering set of outtakes and half-baked music passing itself off as a real album. It is an essential companion to Rhythm A Ning, filled with even more of Evans’ trademark jazz ideas and Cugny’s expert oversight.

The program covers Cugny’s “Golden Hair” (a conscious tribute to Miles Davis’s 1970 performance of David Crosby’s beautiful “Gunnivere,”a rendition later given the title “Lady, Like Yours”), Mingus’s “Orange Was The Color Of Her Dress, Then Silk Blues” (sic – a feature of Evans’s performances since the ‘70s), Evans’s “Zee Zee” (first recorded by the composer in 1971 on Where Flamingos Fly, an album that was not issued until 1982, making the 1973 album Svengali, an anagram of Evans’s name, its first recorded appearance), “C Blues” (a “collage of three blues in C by Charlie Parker”), Alan Shorter’s near-brilliant “Parabola” and Mingus’s “Goodbye Porkpie Hat,” which – surprisingly – had only recently entered Evans’s book. 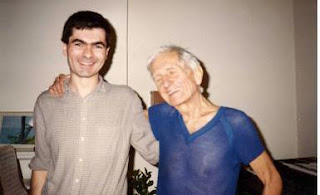 Admittedly, Golden Hair isn’t the compelling collection that Rhythm A Ning is. But that doesn’t mean it’s bad. Indeed, the opposite is true. The band is exceedingly strong on Cugny’s “Golden Hair,” the Evans staple “Zee Zee” and the paradoxical “Parabola,” which Evans pulled out of his case moments before the recording of the tune began, resulting in a stunning performance that Cugny indicates is performed somewhat in the style of music inaugurated by Miles Davis’ quintet with Nefertiti.

Of note is that the song’s composer, Alan Shorter (1923-87), is Wayne Shorter’s older brother and while Alan debuted “Parabola” around the same time Nefertiti was recorded, Wayne Shorter was one of the principal players and composers on Nefertiti, an album by frequent Gil Evans associate Miles Davis.

This is superb latter day big-band music, led by one of jazz’s greatest arrangers and peopled by some remarkably good talent with a great love for the music. This is not pleasant rehashes of orchestral hits of yore or the easy-listening fluff that passes for big band jazz today. It is a stirring collection that shows exactly why Gil Evans mattered outside of his more famed – and arguably more composed – recordings, and was among the last of the great composer/arranger/pianist's very last (and by then rare) studio recordings.

Fully agree! Terrific recordings! I discovered Gil Evans first from his classic Out of The Cool Impulse LP; I aquired almost all his recordings thereafter!

Although Cugny takes the credit, "Golden Hair" is actually an arrangement of David Crosby's song "Guinevere", adapted from the arrangement Miles had recorded during the Bitches Brew era (which had subsequently been released on the out-takes compilation CIRCLE IN THE ROUND).

Start following our signals right now & profit up to 270% per day.