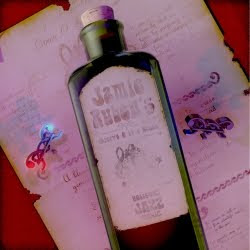 The musical path of Canadian guitarist Jamie Ruben is surely the story of the road less traveled. Rather than gigging regularly in some urban jazz hotbed, the Toronto-based guitarist made his living for seven years performing jazz full time in the Far East in such places as Katmandu, Bangkok, Shanghai and the even more remote regions of Siem Reap and Koh Samui, among others.

Taking the musical sounds of the West over to the Far East ensured that much of the music of those cultures surely entered into the guitarist’s way of thinking. He undoubtedly refined his technique and returned to Canada a much different player than when he left.

Subsequently, Jamie Ruben’s solo debut, Groove-O-Ly-O-Scene, is a unique and attractive presentation of guitar artistry in a jazz context. The title’s a bit deceptive, though, as it’s really not the funk fest that the word “groove” suggests. It’s not the esoteric new-age pabulum or smooth-jazz hokum the disc’s “Holistic Jazz Tonic” epigram describes either.

This is methodical, contemplative music driven by an affecting, often hypnotic beat. The best of Ruben’s originals (“Albino Bison,” “Bangkok 504,” the radio friendly “Pai Crowd” and “Monsieur Slidey”) are structured like elegantly simple sketchpads designed for reflection. The guitarist rises to the occasion, reflecting similarly to the more spiritual players of the 1970s. Imagine what Carlos Santana might sound like had he ever made an ECM album.

Ruben is a patient practitioner whose poetic tones caress the canvas. Rarely does his guitar shout out what he wants to say. The guitarist evinces traces of Steely Dan-era Larry Carlton, John Abercrombie and other players who made their mark in multiple genres in those years before the guitarist was even born. But he isn’t locked into one setting, or even what could be called his own sound. His signature comes from the way he articulates his ideas, which alternates between the urban after-hours feel of “AQ Giraffe” or the slightly ironic Americana of “Monsieur Slidey.”

The groove, such as it, isn’t as funky as it is impressionistic, like the country-flavored music Bill Frisell has favored in recent years. It’s the guitar equivalent to the moody and melodic melancholy of Manu Katché’s recent discs. Ruben’s music has a cinematic folk quality to it. It’s simple, understated and freed from any easy definition of jazz: songs for wide open spaces. Refreshingly, no one here fills up the spaces with too many notes in florid displays of virtuosity.

Rubin is accompanied throughout by trumpeter William Sperandei (except “AQ Giraffe”), recalling a front-line not entirely dissimilar to the one Ron Miles made with Bill Frisell a few years back, and a rhythm section consisting of the occasional keyboards of Dafyyd Hughes, bassist Steve Zsirai and drummer Ryan Granville-Martin, all of whom sound as if their backgrounds are outside of traditional jazz circles, a rather welcome state of affairs.

Groove-O-Ly-O-Scene is a welcome fusion of sounds that suggests guitarist Jamie Ruben has much to say that’s worth hearing.
Posted by Douglas Payne at 1:07 PM

Waiting the next clip !