Ulf Wakenius “Notes from the Heart” 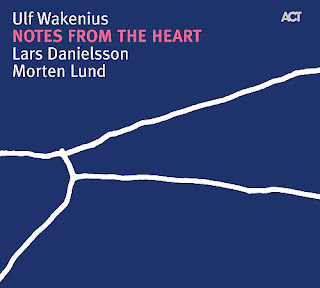 Like the 1999 tribute As Long As You’re Living Yours: The Music of Keith Jarrett, this 2006 CD offers yet another surprising tribute to pianist and composer Keith Jarrett. Here, the tribute is delivered by a guitar trio and the guitarist helming it all is the masterful Swedish guitarist Ulf Wakenius, best known as Oscar Peterson’s guitarist from 1997 until the pianist’s death in late 2007 (their last recording together is the tremendous A Night in Vienna, which was issued on CD and DVD in 2004).

Both pianists are considered the very finest interpreters of the American songbook of standards – Peterson in the 1950s and Jarrett since the 1980s. Both pianists reigned over the best, most highly regarded and most prolifically recorded jazz trios of their day. Both pianists had exceedingly encouraging sponsors that did much to help the trios establish their significance and promote their importance: Oscar Peterson had Norman Granz and Keith Jarrett has long had Manfred Eicher, who has recorded the pianist in many, many additional settings as a soloist and interpreter of such composers as Bach, Handel and Mozart.

The two pianists are also inveterately interesting composers, Peterson more toward the last half of his career (the Vienna concert noted above is, significantly, made up of nothing but Peterson originals) and Jarrett, more toward the early part of his career. Jarrett, of course, still composes and some of his more structured improvisations are actually turned into compositions. But neither pianist is widely considered a composer and, as such, very little of either composers’ originals get much coverage by other jazz artists.

That’s what makes Ulf Wakenius’ positively wonderful tribute, Notes from the Heart such an essential document. He not only understands and properly reflects the melodies Keith Jarrett has established but is able to explore further dimensions of the titular emotions or moods the composer has proposed. It’s exactly what the Jarrett trio does when they explore standards. That in itself is an achievement. 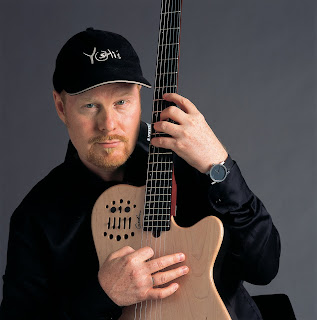 The guitarist, together with bassist Lars Danielsson and drummer Morten Lund, reflects upon an exceedingly well-considered program of Jarrett originals, alternating evocatively contemplative ballads offering titles like “Innocence” and “Prayer” with several of Jarrett’s heady yet often critically-dismissed vamps (always my favorites on any Jarrett album) with titles like “Dancing,” “The Cure” and U-Dance.”

The program consists of “Memories of Tomorrow” (a title derived from the final part of Jarrett’s 1974 solo triumph The Köln Concert), “Dancing” (originally heard on Jarrett’s Changeless), “Innocence” (Nude Ants, Personal Mountains), “The Windup” (Belonging), “My Song” (My Song), “Mon Coeur est Rouge” (Concerts), “Everything That Lives Laments” (The Mourning of a Star, Mysteries), “The Cure” (The Cure), “So Tender” (originally recorded by Jarrett for a 1972 Airto album on CTI, but first heard on Jarrett’s 1984 trio album Standards, Vol. 2), “U-Dance” (Tribute) and “Prayer” (Death and the Flower).

Wakenius sticks to acoustic guitar throughout and sounds, well, simply magnificent. He’s a sensitive player who plays what he means. He never adds any more notes than are necessary. He never riffs off an idea without purpose (I hear hints of “My Romance” in “Mon Coeur est Rouge” and both Rodrigo and “Django” in “Prayer”) or inserts a quote to be clever. There’s none of that. He’s always playing with an emotional sincerity that earns the disc its title.

His best moments come on “Dancing,” the surprisingly Django Reinhardt-like take on “The Windup” (which must have given the composer something to smile about), “Everything That Lives Laments,” “The Cure,” the warm samba of “So Tender” and the perfectly infectious “U-Dance.” Danielsson occasionally adds piano (“Dancing,” “Mon Coeur est Rouge”) or cello (“Everything That Lives Laments”). But he is a masterful bassist: not merely a competent accompanist, rather a melodic driver who is able to suggest rhythm in much the way Jarrett’s Standards Trio bassist, Gary Peacock, does (it’s no coincidence that Lars Danielsson has also led quite a number of his own albums). 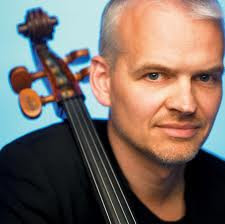 Interestingly, both Wakenius and Danielsson were first recorded together for the guitarist’s 1991 disc Venture, an album whose drummer was none other than Jarrett’s Standards Trio drummer, Jack DeJohnette (the bassist also had DeJohnette on his own album Fresh Enough, also recorded in New York at about the same time). Since Venture, Wakenius and Danielsson have collaborated often and they sound truly in-synch with each other’s ideas and can even presage one another’s exploratory patterns. At points, there is enough musical invention to suggest that this trio is nearly as conceptually creative a unit as Jarrett’s Standards Trio is. Kudos, too, to the telepathic Lund for the rhythmic interest and diversity he provides throughout.

It will come as no surprise to anyone that hears this sumptuously well-captured disc that Notes from the Heart was recorded by none other than the legendary Jan Erik Kongshaug, the engineer behind so many of ECM’s finest albums and the man who recorded Keith Jarrett himself on such albums as Belonging, My Song, Personal Mountains, Standards, Vol. 2, The Cure, Tribute and Changeless (all noted above).

Notes from the Heart is a pleasure on every level. It suggests not only that Ulf Wakenius is one of the finest jazz guitarists of his generation, exuding a fine personal style and exceptionally exquisite taste, but that Keith Jarrett’s compositions warrant further exploration and evince particularly interesting jazz commentary.

“The Windup” from Notes from the Heart:
Posted by Douglas Payne at 5:15 PM

Thanks for a great review! Very insightful. You should be writing professionally (maybe you already do). [Goes back to other browser tab to check...] Yes, you already do. Well then, never mind ;-)