As Long As You’re Living Yours: The Music Of Keith Jarrett 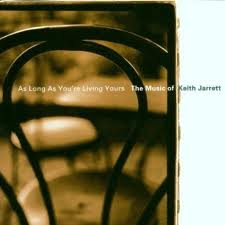 An album devoted to the music of Keith Jarrett interpreted by others? Nothing could be more unlikely. Certainly this little-known 1999 disc, As Long As You’re Living Yours: The Music of Keith Jarrett (RCA) is one of the most unlikely of the ungodly number of unnecessary tribute discs out there and may very well be, quite unpredictably, one of the better ones ever conceived.

Why so unlikely? Pianist Keith Jarrett is not considered as a composer – even though he’s credited with many compositions, particularly early in his career – as much as he is more well regarded as one jazz’s great improvisers and as a first-rate interpreter of other’s material. What’s more, Jarrett’s compositions hardly get covered by anyone. Even former musical associates, who must have had some affinity with this music, avoid Jarrett’s material for some reason.

Then, the set’s producer, Milan Simich (who has overseen many of Lenny White’s all-star outings on Atlantic and Hip Bop), brings in the most unlikely gang of Jarrett-ophiles. You would never guess any of these people would either know or care about Keith Jarrett: Bruce Hornsby, Chucho Valdes, John Scofield Bob James, Mike Mainieri and Joe Lovano. Bill Evans, maybe. Keith Jarrett, no. 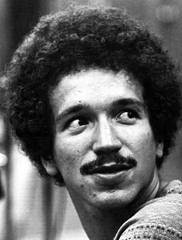 The program seems eclectic in the extreme, like the ground-breaking and unlikely tributes Hal Wilner helmed for such unlikely tributaries as Monk, Rota, Weill, Disney and Mingus. But one listen to this Jarrett set proves otherwise.

Simich’s reverence for Jarrett borders on worshipful. “That Keith Jarrett is one of the greatest artists of the last half of the 20th Century is, by now, a given,” writes Simich in his liner note. “That he has achieved this stature by mastering the different genres of jazz and classical music, and his uncategorizable improvisations, is nothing short of astounding. Keith Jarrett’s music, very much like the American standards to which he has devoted his jazz performing in the last two decades, is witty, hummable, rhythmically infectious and structurally solid.”

Such high praise is too reverential by far. But such enthusiasm warrants attention. And the collection Milan Simich has put together is undoubtedly a fascinating and worthy tribute.

Bruce Hornsby (with Jason Marsalis on drums) starts things off with a seemingly appropriate New Orleans swagger to “Backhand,” originally performed by Jarrett’s “American Quartet” on his 1975 Impulse album Backhand. This is probably the one piece here that goes too far afield of what’s expected and might not have been the best choice to kick off a Keith Jarrett tribute – unless the point was to show how flexible Jarrett’s music is.

Guitarist John Scofield, together with Dennis Irwin (bass) and Ralph Peterson (drums), beautifully cover the little-known “Coral,” which Jarrett wrote for Gary Burton for his 1973 album The New Quartet, originally featuring Mick Goodrick on guitar. Burton has since recorded the tune with Pat Metheny.

Tenor saxophonist George Garzone in an Ornette Coleman-like trio with Massimo Biolcati (bass) and Bob Gullotti (drums) works through Jarrett’s “Innocence,” performed by the pianist’s “European Quartet” on 1979’s Nude Ants (the song also appears on Personal Mountains, recorded in 1979, but not issued until 1989).

Two pieces of Jarrett’s 19-part clavichord opus “Book of Ways” (1986) are reflected upon here: “Book of Ways #9” is magisterially performed by Bob James (whose 2002 album Morning, Noon & Night was produced by Milan Simich) on electric piano (!) with Nadja Salerno-Sonnenberg on violin and “Book of Ways #10” is notably helmed with muscular regard by the game Flux Quartet with Tom Chiu and Cornelius Dufallo on violin, Kenji Bunch on viola and Darrett Adkins on cello.

A group calling itself Nueva Rumba, with Eddie Bobè on percussion, Edgardo Miranda (gorgeous) on guitar and Tony Batista on bass, delivers a lovely and lilting Latin reading of “So Tender.” The song, probably one of the strongest compositions on the entire set, was first recorded by Jarrett during the sessions for Airto’s classic 1972 CTI record Free (with Joe Farrell and Hubert Laws playing the flute leads and George Benson providing a lovely guitar solo) but not issued until Free’s first American CD release in 1988. In the meantime, Jarrett recorded the song with his Standards Trio for the 1983 album Standards, Vol. 2.

The great vibist Mike Maineri, who certainly maintains his own strong identity here but can’t help but call up the mighty influence here of Gary Burton (who recorded a terrific album with the pianist in 1970), perfectly captures the twinkling glow of “Starbright,” which Jarrett performed solo on his very first ECM album, 1972’s “Facing You.”

Jimmy Greene (soprano sax) and Lord Jamar (drum and keyboard programming) simplify Jarrett’s otherwise intoxicating vamp “The Cure,” the title track to the Standards Trio’s 1991 ECM album, to such a degree that it comes off as one of the disc’s weakest performances.

Clarinetist Don Byron, in partnership with bassist Drew Gress, delivers a lyrical take on “Somewhere Before,” the title track to Jarrett’s third solo album on Atlantic Records (while he was still with Charles Lloyd), a 1968 performance with Charlie Haden on bass and Paul Motian on drums.

One of the tribute disc’s nicest surprises is the organ trio featuring former Police-man Andy Summers on guitar, John Novello on organ and Joel Taylor on drums, covering “Prism,” first heard by Jarrett’s Standards Trio on the great 1983 album Changes (ECM), but first recorded by Jarrett with his European Quartet on the 1979 recording Personal Mountains (ECM) that was first issued in 1989. The Summers-Novello-Taylor triumvirate nicely recalls John McLaughlin’s great organ trio of the 1990s that featured Joey DeFrancesco and Elvin Jones. McLaughlin, as it should be recalled, played with Jarrett in Miles Davis’ 1970 bands. It would have been great to hear this trio tackle even more of Jarrett’s music here. Seems they would have really done something with the material.

Pianist D.D. Jackson delivers a gloriously ruminative solo piano performance of “Everything That Lives Laments,” first performed by Jarrett’s trio on 1971’s The Mourning of a Star (Atlantic) and again by the American quartet on 1976’s Mysteries (ABC Impulse). Jackson’s presence reveals the influence of Jarrett’s standard bearer The Koln Concert but is a indeed a tribute to the sorts of freedoms Jarrett helped foster on so many of his solo concerts of improvisation. 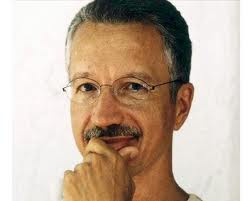 As Long As You’re Living Yours, which, strangely, does not include the great title song whose actual title is “Long As You Know You’re Living Yours” (from the European Quartet’s 1974 album Belonging), seems to beg for more. Much more. But this CD, issued to little acclaim over a decade ago and now long out of print, doesn’t seem to be the spark to make that happen.