Shearing in the Sixties - Part 1 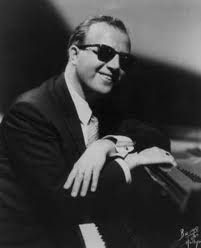 Indefatigable pianist George Shearing recorded frequently and popularly in many formats during the 1950s after he was signed to Capitol Records in 1955: with his famed quintet (The Shearing Spell, Latin Escapade, Latin Lace, On the Sunny Side of the Strip, Latin Affair, Shearing on Stage!), as a soloist (The Shearing Piano), with brass (Burnished Brass, Satin Brass), with strings (Velvet Carpet, Blue Chiffon), with strings and woodwinds (Black Satin, White Satin) and with voices (Night Mist). A good deal of these albums found their way onto CD, if only because of the long-dormant bachelor-pad music craze of the 1990s – which, of course, means many of the CDs are only available used or on eBay.

There was also the spate of productive and popular pairings Shearing and his quintet made with others, including Pittsburgh native Dakota Staton (In The Night, 1957 – issued 1958 – featuring several strong instrumentals); Peggy Lee (the genuinely exciting Beauty and the Beat!, 1959); Nancy Wilson (The Swingin’s Mutual, 1961); George Shearing and the Montgomery Brothers (1961); and the extremely popular yet entirely too subdued Nat King Cole Sings/George Shearing Plays (1962 – said to be one of Shearing’s personal favorites). Many of these recordings have remained in print on CD.

George Shearing recorded just as amazingly into the 1960s, but with far less accolades. Maybe it’s because after he had brought his successful sound to a major label, the label tried to jerry-rig the formula into ill-conceived or ill-timed formats. 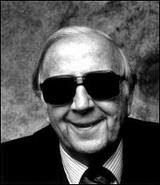 Shearing, who turned 91 in August, became famous in 1947 when he formed a quintet featuring piano, guitar, bass, drums and vibes. The true significance of this was the technique that Shearing himself developed where the vibes player doubles the piano’s melody on a lower octave. George Shearing credits the Glenn Miller Orchestra's reed section of the late thirties and early forties as an important influence in the development of this sound. But it caught on quick and the Shearing Quintet enjoyed tremendous popular success as a result of it.

The popularity of the Shearing Quintet naturally offended many jazz critics and jazz die-hards that don’t believe jazz should cross over into the popular mainstream. Capitol gave Shearing ample opportunity to be recorded frequently and be heard by even more people – something which surely attracted the pianist to the label in the first place. During the last half of the 1950s, Capitol – which had Frank Sinatra on the roster at the time – did much to frame Shearing in the best possible way.

But as music and the music industry changed in the 1960s, Capitol faltered rather substantially in their domination of Shearing’s productivity (look at how poorly the company dealt with The Beatles at the time). Still, Shearing managed to produce a great wealth of good music during the decade. Somehow history has not given these records their proper due. Here’s my shot at doing just that.

Continue to Shearing in the Sixties – Part 2
Posted by Douglas Payne at 11:32 PM

When I was at San Jose State
University George Shearing would
come and preform the costs of a
ticket was $2.00. Latin Lace is
me favorite Shearing thanks for
mentioning this. Love Dakota Staton (Were Puting On The Late,Late Show)
You put a lot of work into this
Blog. Thanks 401k