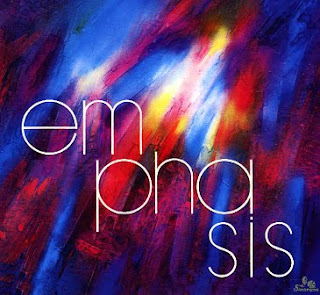 For those that have never heard of it, “library music” is made for use in radio, TV, film and advertising. This type of music allows producers and directors the opportunity of fitting pre-existing music of many stripes into productions without the expense of commissioning a full score from a particular composer.

Monty Python and the Holy Grail (1975) was assembled using library music – as, indeed, was most all of Monty Python’s Flying Circus. The American release of George Romero’s Dawn of the Dead (1979) was too, although European prints of the film, known as Zombi, had the Italian prog-rock combo Goblin write music for the film that sounded like mall Muzak (the great “Supermarket”).

These days, only director Quentin Tarantino chooses to “score” his films with themes from many older films and TV shows. It’s not exactly library music, but it’s the same idea and, if nothing else, proves how very potent pre-existing music can be. He somehow manages to make music sound far more iconic in his films than the songs ever were in the first place.

Initially, library music provided scores of emotional cues: Surprise! Fear! Tension! Sadness! Happiness! Mystery! Danger! You Get The Point! But when rock and roll started infiltrating many films in the late sixties (The Graduate, Easy Rider, etc.), this sort of thing became very passé and actual song styles pervaded the library market: Rock! Jazz! Big Band Swing! Country and Western! Funk! Disco! You Know What I Mean! It was about this time when library music became much more interesting.

(The Music Library, a tremendous book issued in 2005 by the British FUEL Publishing company, details many of the various manufacturers of library music and a great number of the ultra-rare releases this music generated over the years. The 207-page hardback book is magnificently illustrated with hundreds of record covers and includes a marvelously engaging 17-track CD highlighting just some of the music this genre has produced. There’s enough to fill, well, a whole library.)

This is where we meet Emphasis, an album of library music recorded in Zurich, Switzerland in May 1975 by producer Jane Peterer for the Pick Records label by a quintet of superb Swiss musicians in a very CTI-like jazz-fusion mode. The album was issued in small quantities back in the day and somehow came to the attention of Andy Warhol, who the recent Sonorama CD’s notes indicate (rather unbelievably), told the film director Federico Fellini, “you must hear Emphasis!” Just why that might be is a complete mystery, given what is known about both of these dead people, who can neither confirm nor deny this strange quote.

The sound of Emphasis is very much the sound of jazz fusion that came to be identified solely by the mighty CTI label of the early 1970s. Indeed, the three cover tunes featured on Emphasis all have a heritage that can be traced back specifically to CTI Records. First, Stevie Wonder’s “Too High” features memorably on Joe Farrell’s marvelous 1973 CTI recording Penny Arcade, the first-ever jazz cover of the fascinating tune (the song also features on several of Freddie Hubbard’s post-CTI albums). Second, Milton Nascimento’s “Vera Cruz,” first heard on the composer’s 1969 CTI album Courage was also covered on Astrud Gilberto’s 1971 CTI album Gilberto with Turrentine and a different version of the same performance also features on Stanley Turrentine’s CTI compilation LP The Sugar Man and some CDs of the tenor saxophonist’s Salt Song. Finally, Gene McDaniels’ “Feel Like Making Love” featured on Bob James’ 1974 CTI record One (James, and much of the rhythm section on the CTI recording, figured largely on the original song recorded by Roberta Flack).

Some of the record recalls familiar sounds in the jazz fusion so prevalent at the time. “Mackintosh,” for instance, recalls Tom Scott in his L.A. Express role or even his TV soundtrack mode of the period (though Vicencio plays an electric sax) or some Southern Comfort-era music of The Crusaders. “Very Lights” is sort of what would have happened if the Headhunters met in a sort of showdown with Return to Forever. The fascinating “Gargantua” suggests 1975-era Weather Report – from the Shorter-esque soprano sax to the varying stylistic changes – as if filtered through quite a number of other fusion groups of the period (this is slightly before the group would have hit it big with “Birdland”). “Leave Me Alone” can not be mistaken for anything other than the music Deodato was producing at CTI and MCA between 1972 and 1976 (a little electric jazz and a little schmaltz soundtrack mixed together in a beguiling brew).

The remainder of the record is very much like so much of the soundtrack music of the period – but these are also undoubtedly the best numbers on the record. The Cabildo’s Three-like “Rainmaker” (with a very John Tropea sounding guitar solo), the Schifrin-esque “Rocking Bird” (with its immaculate flute lead recalling something that could have come out of Enter The Dragon), the Piero Umiliani-meets-The Sunshine Band (!) “Dr. Bonnie – Mr. Clyde,” “Bad Omen” (slightly reminiscent of Augusto Martelli’s Il Dio Serpente) and the predictably pastoral “Pleasant Landscape,” fused with enough interesting key changes to suggest the storm over the horizon (sort of like the way Roberta Flack’s “The First Time Ever I Saw Your Face” accompanied a love sequence in Clint Eastwood’s Play Misty For Me). All are all classic examples of great jazz fusion that made for immediately exciting listening upon initial hearing – but stuff that couldn’t be bought for love nor money at your local record shop.

Fortunately, that’s all changed now. And, really, you must hear Emphasis. It's excellent.

was intrigued when I saw this at Dusty Groove - following your very informative write up I just HAVE to buy it!
Thanks.

All the popular brand name drinks for unbeatable low prices.