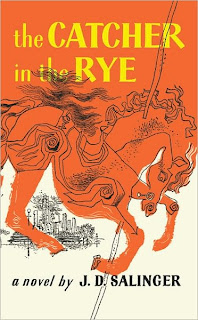 The reclusive writer J.D. Salinger was reported to have died on Wednesday, January 27 at age 91 of natural causes at his remote home in Cornish, New Hampshire. The author of one of the 20th Century’s greatest novels, The Catcher in the Rye (1951), Salinger has hardly uttered a word in public or on the page since 1965 – when I was only two years old – though he’s said to have continued writing right up until his death.

Nobody who has ever read The Catcher in the Rye is likely to escape its unyielding power. It is a great read and it is great literature. It is the perfect book for a certain age, without any of the cloying, preaching, moralistic or destructive rebellion that so much literature of the type is. It gets young people without getting anybody in particular. It really defines much of what can be understood about adolescence, defiance and the life of the mind during the mid 1950s. It is one of the most quintessentially great American novels of all time.

No boy who has ever read the book could possibly remain untouched by Holden Caulfield. Many, of especial disposition, could even be said to be very much like Holden Caulfield. And no girl – and many boys and many men – could help but fall in love with Holden Caulfield and his oddly fractured way of dealing with life, even as they know that Holden Caulfield would probably not regard them with much in the way of any kind of esteem (it would be interesting to hear various people’s interpretation of Holden Caulfield – no two descriptions would be the same, but all would be invested with a great deal of fondness and some level of idolatry). Salinger’s creation is an amazing American archetype, and someone he himself probably identified with throughout his life.

While in college, a friend named Gina introduced me to Salinger’s story “A Perfect Day for Bananafish” (included in Nine Stories, originally published in 1971), one of those great short stories about a disturbed individual named Seymour Glass who, in the space of only 10 or so pages, says and does some pretty surprising things.

The story haunted me for longer than I care to reflect upon. I must have read it 100 times. It is a beautifully descriptive and artistically besotted story of a doomed individual and a sad view on humanity that was probably closer to the misanthropic and reclusive Salinger than any human being, including his own children, ever was.

Gina’s recommendation took me, of course, to Franny and Zooey (another Glass family adventure), which I haven’t read for at least two decades but I recall being quite touching, and the weird and less engrossing Raise High The Roof Beam Carpenters and Seymour, An Introduction - all from short stories the author first had published in the New Yorker.

None of these stories will alter or change the significance of the magnificent contribution J.D. Salinger made to American literature with The Catcher in the Rye, a fine novel and one the most influentially impacting books on many lives, including mine.
Posted by Douglas Payne at 12:54 AM

Doug - I'm sorry I can't share your love-fest for J.D. Salinger's CITR. Like most kids, I too was forced to read it in high school, and I think if I wrote that way in h.s. I would not have been praised, and rightly so. I found the gratuitous use of "Goddamn", not unlike today's teen's usage of "like", very annoying. Holden sitting in judgment of everyone, calling everyone 'phonies', etc...no, the book left no imprint on me at all, let alone falling in love with Holden. I'd say Flannery O'Connor was a much bigger modern writer influence, and of the classic writers Dickens and Twain. I guess I wasn't the typical high school kid. I was reading about artists like Van Gogh and Kurt Weill, art history, politics & political history, occasional bestsellers of the day like "The Camera Never Blinks", by Dan Rather, and listening to Henry Mancini and Prokofiev...so yes, I was an oddball in h.s.

But I remember reading recently that CITR's influence has been waning over the years, and that it's not the h.s. book-list regular it once was; nor are students today resonating with it like they once did. Kids called Holden, if I recall the article correctly, "cranky" or something like that, and they couldn't relate to his outlook on the world. Well, I guess that was and is me.

Salinger's a great writer no doubt (as are the other modern writers I mentioned). Even more so, he was a fascinating recluse. I just can't agree with your assessment of CITR. I remember virtually nothing of it, and put it up there with other bleak books we had to read in h.s., John Knowles' A Separate Peace (1959) and Kafka's Metamorphosis. Not not great, but not that memorable or enjoyable. You were, at least in my h.s., still needing to get kids to learn to read for pleasure, not to discuss modern alienation, which some folks - shock! - never came to grapple with. I was always asking "why we are here", but not "what's the point?"

Where were the classics, the tried and true greats like "Don Quixote",
"Robinson Crusoe", "A Tale of Two Cities" or "Crime and Punishment?" I think of all the modern crap (sorry) I had to read in h.s., Lord of the Flies was at least the most interesting, relevant and thought-provoking of all of them, for me.