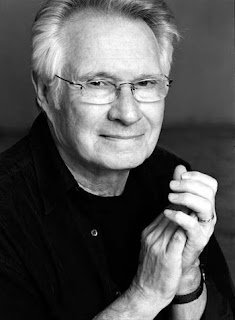 Before Dave Grusin became ubiquitous in reshaping jazz in the eighties, he spent the seventies laying a covert foundation for the smoothness that would overcome the music later on.

This is the stuff, though. Grusin’s music during this period is worthwhile and wonderful and while it set a trend for the downfall of improvisatory music, Grusin’s ability to craft a melodic and memorable tune that inspired creative musical interjection was peerless.

Known more as a film composer in the seventies (Three Days of the Condor, Heaven Can Wait, Murder By Death), Grusin was remarkably active in jazz during this period, contributing his highly distinctive touch on the Fender Rhodes electric piano to the records of Quincy Jones, Howard Roberts, Sergio Mendes, Peggy Lee and others.

He eventually crafted an electric groove that was as good as a signature and lent it to his own productions for Jon Lucien on RCA and Columbia, Earl Klugh on Blue Note, Noel Pointer on Blue Note and United Artists, Lee Ritenour on Elektra and Patti Austin on CTI. In 1978, he and production partner and former drummer Larry Rosen launched the GRP label under the auspices of Arista records, helming early album successes by Dave Valentin, Tom Browne, Angela Bolfill, Bernard Wright and Keith Jarrett’s brother, Scott.

By the time of GRP’s 1983 launch as an independent entity, Grusin was a familiar name to jazz audiences, particularly in Japan, where he is considered a superstar, as a number of albums released under Grusin’s name had finally appeared and the composer scored his own hit with the remarkable “Mountain Dance,” a song that deserves far more coverage than it has gotten in jazz circles.

But before all that, Dave Grusin crafted a tremendously intoxicating musical signature that he lent to quite a number of various albums. Perhaps a reminder is in order as these albums are now somewhat obscure relics of a time and a place that too many jazz listeners don’t find nearly as credible as they should.

None of what follows appeared under Dave Grusin’s own name. Indeed relatively few Grusin albums appeared around this time, but his presence was felt throughout many remarkable jazz albums of the periods. Not even many of Grusin’s soundtracks received album releases – or wide distribution – at the time.

Most of what follows concentrates on Grusin performances under others’ leadership, where Grusin composes and, more often than not, contributes keyboard performances. Unfortunately, though, the advantage of these tunes is hearing more of Grusin’s compositional and orchestral magic but not enough of his always delightful pianistic contributions (read all the way to the end to find out more about Grusin’s keyboard contributions). 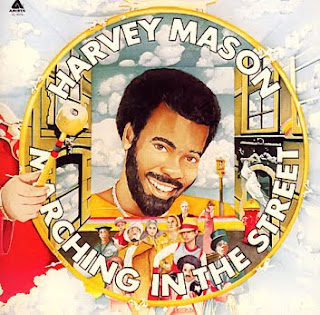 Marching In The Street - Harvey Mason (Arista, 1975): Drummer Harvey Mason’s first solo album features a who’s who of 70’s jazz superstars including Herbie Hancock, Bennie Maupin, Blue Mitchell, Hubert Laws, Lee Ritenour and, on four tracks, Dave Grusin. The pianist contributes his remarkably scintillating “Modaji,” in its first appearance ever, a feature here for flautist Hubert Laws. This single track shows the compatibly simpatico chemistry of its rhythm section, primarily featuring Grusin on Fender Rhodes and Mason on drums and percussion as well as Chuck Rainey on bass and Lee Ritenour on bass. These guys clearly developed their own sound (as can be heard on the first season of Baretta and on the “Three Days of the Condor” theme) and “Modaji” is the highlight of a very good album that exquisitely highlights the many shades of Harvey Mason’s extraordinary talents – though many will prefer the Headhunters-like material sprinkled throughout the record. “Modaji” was again covered quite beautifully by Hubert Laws on his terrific 1977 CTI album The San Francisco Concert and later by Dave Grusin on One Of A Kind (GRP, 1977 – with Grover Washington, Jr.) and Live In Japan (GRP, 1980 – with Lee Ritenour and some exceptionally wonderful orchestral accompaniment). For the record, Grusin waxes especially beautifully on piano here for Mason’s “Ballad For Heather” and on keyboards for “Building Love (Hymn).” Choice cut: “Modaji.” 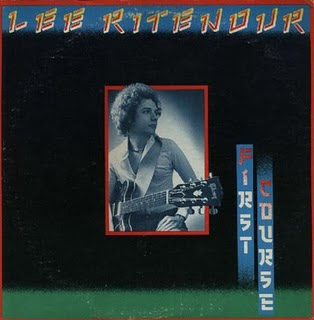 First Course - Lee Ritenour (Epic, 1975): Something about this album has always been a bit of a disappointment. The tunes and the players (Ritenour, Grusin, Tom Scott, Patrice Rushen, Chuck Rainey, Louis Johnson, Ernie Watts, etc.) seem to promise so much more. But despite Dave Grusin’s contribution to guitarist Lee Ritenour’s very first solo album, the record was helmed not by Grusin and Larry Rosen but, rather, by the then-popular Skip Drinkwater. The overall sound is far too generic, and almost too peppy/poppy, despite the contribution of some good material by Ritenour, Grusin and Jobim (“Amparo,” which Grusin and Ritenour would resurrect as the title track to their slightly classical 2008 CD outing). Grusin contributes his tremendous theme for “Three Days of the Condor” and participates on this slightly slowed-down version, which comes to life with Ritenour’s magnetic solo (this version is not one of my favorites, but Ritenour participated on the original and recorded it again later in 2002 and probably understands the song better than anyone other than Grusin himself). Grusin also contributes and arranges the mildly interesting funk of “Caterpillar.” Choice cut: “Three Days of the Condor.” 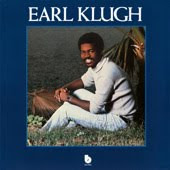 Earl Klugh - Earl Klugh (Blue Note, 1976): Earl Klugh’s debut solo album is the first of three solo albums the guitarist did with the Dave Grusin-Larry Rosen production team – and certainly the best. The highlight piece is Grusin’s original take of the great and very soundtrack-y “Slippin’ In The Back Door,” co-written with bassist Louis Johnson and drummer Harvey Mason. Grusin later covered the tune even better as “Serengeti Walk” on his 1982 album Out Of The Shadows (Lee Ritenour also covered the tune quite nicely with drummer Harvey Mason on his Sugar Loaf Express album). The album’s lead track, “Las Manos de Fuego (Hands of Fire),” is another Grusin contribution worth considering for its very Latinesque funk base – a bit generic, but worthwhile nonetheless. Grusin sounds quite nice on Klugh’s original “Angelina” – another one of his female-named themes that are quite entrancing. Choice cut: “Slippin’ In The Back Door.” 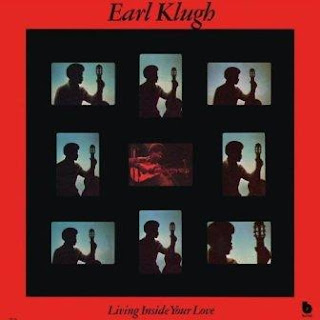 Living Inside Your Love - Earl Klugh (Blue Note, 1976): The second of Dave Grusin and Larry Rosen’s three Earl Klugh productions. Grusin arranges, conducts and plays keyboards throughout. Grusin’s “Captain Caribé” makes its first appearance here (Grusin later covered the tune with Lee Ritenour on Gentle Thoughts, on his own Mountain Dance and on the Live In Japan album). Grusin’s lovely and filmic “Another Time, Another Place” also appears here. The title track, later covered famously by George Benson (without a Grusin writing credit) and also by Jeremy Steig, is credited to both guitarist Earl Klugh and keyboardist Dave Grusin. Klugh’s own “Kiko” is, perhaps, the album’s most distinctive and best known tune and benefits nicely by Grusin’s electric piano and Louis Johnson’s sensitive electric bass. Choice cuts: “Captain Caribé,” “Another Time, Another Place.” Captain Fingers - Lee Ritenour (Epic, 1977): Guitarist Lee Ritenour’s second album, while like First Course, was also produced by Skip Drinkwater, features much more of the LA sound that Ritenour would have wanted on his own album than the first record. Dave Grusin, who is one of an arsenal of keyboardists here including George Duke (Dawilli Gonga), Ian Underwood, Patrice Rushen and David Foster, contributes two originals here, the lovely and mostly acoustic “Sun Song” (featuring a nice solo from the composer himself), which Grusin had recorded with Ritenour some months before on Grusin’s Discovered Again, and the disco jazz of “Fly By Night.” Not outstanding, but nice. 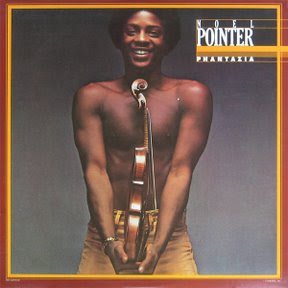 Phantazia - Noel Pointer (Blue Note, 1977): One of Dave Grusin and Larry Rosen’s earliest successes was this unusually stimulating debut album from the very talented and handsome Noel Pointer (1954-94). All told the album serves as an imprint for the entire GRP formula with compositional and musical contributions from stablemates Earl Klugh (“Night Song” and “Mirabella”) and Dave Valentin (“Rainstorm”) and the then-requisite Stevie Wonder cover (“Living for the City”). The album’s highlight is unquestionably Dave Grusin’s phantastic original “Phantazia,” which also features a tremendous solo from 2001 soloist John Tropea. Grusin also performs “Phantazia” in a somewhat more orchestrated version on Harvey Mason’s Funk In A Mason Jar (Arista, 1977). Grusin, in addition to his contributions throughout this very GRP-worthy album, also provides a tremendous arrangement here for “Wayfaring Stranger,” for Pointer’s violin, Grusin’s Fender Rhodes and a string section. Choice cut: “Phantazia.” 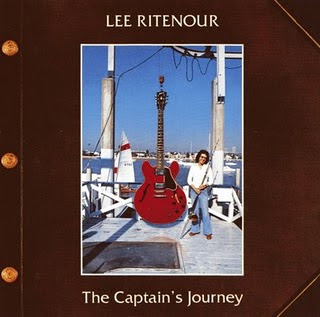 The Captain’s Journey - Lee Ritenour (Elektra, 1978): The guitarist’s first album for the Elektra label is one of the first examples of his distinctive style that was made available in the United States. Dave Grusin, with Ritenour, co-produced and co-arranged the album and can be heard throughout on various keyboards. Grusin also contributes two average compositions, “That’s Enough For Me,” which Grusin had earlier performed on co-writer Patti Austin’s 1977 CTI album Havana Candy, and the pretty, Jobim-esque “Etude” (which is not the same song Ritenour performed later on his Color Rit album). Choice cut: “Etude.” 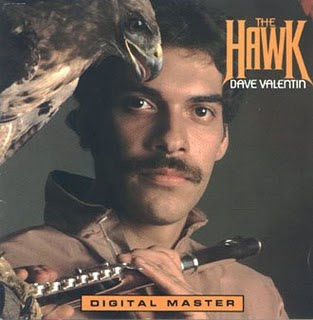 The Hawk - Dave Valentin (Arista GRP, 1979): Flautist Dave Valentin’s second album – arranged and co-produced by Dave Grusin – opens with the entrancing and very Grusin-esque “Marcosinho.” It’s a shame that the composer himself doesn’t get to solo on this tasty number. But the nominal leader does a remarkable job with this particularly delightful tune, which somewhat prefigures “Mountain Dance” in taste and texture. Overall, The Hawk is a much stronger outing than the flautists’s prior album, Legends, also with Grusin, and boasts a particularly striking cover shot of the handsome artist with his axe and an actual bounded hawk. The mix of “funk” and “Latin” roots producers Dave Grusin and Larry Rosen speak of in their liner notes is on ample display here – all set to perfectly artistic ends. The groove and the playing throughout is superlative (“Do It Again” is treated particularly well). It’s a really wonderful album overall, despite the fact that Grusin – as in so many of his early GRP productions – is far more in the background than desired (his keyboards are in the background for all but two songs, where he is not heard as a participant). Valentin later performed “Marcosinho,” with his regular accompanist, the wonderful Bill O’Connell, on his album Live At The Blue Note (GRP, 1988). Recommended. Choice cut: “Marcosinho.” 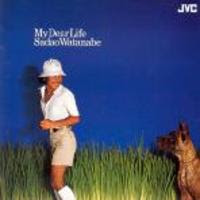 Also: Dave Grusin’s crystalline touch on the electric piano can also be heard lifting other people’s music from this period. Particularly recommended listening here includes “Summer in the City” on Quincy Jones’s You’ve Got It Bad Girl (A&M, 1973), “Poem Painter” on John Klemmer’s Barefoot Ballet (ABC, 1976), the title track to Patrick Williams’s Come On And Shine (MPS, 1977), “Siddhartha” on Art Farmer’s Grusin-arranged Crawl Space (CTI, 1977), “My Dear Life” on Sadao Watanabe’s My Dear Life (Flying Disk, 1977), “California Shower” and “Ngoma Party” on Sadao Watanabe’s California Shower (Flying Disk, 1978) and brother Don’s “I Never Was A Cowboy” from Tom Browne’s Browne Sugar (Arista GRP, 1979 – it should be said that brother Don also performed both of brother Dave’s “That’s Enough For Me” and “Captain Caribé” on Hiroshi Fukumura’s Hunt Up Wind with Sadao Watanabe).
Posted by Douglas Payne at 8:03 PM

For what is it worth--- I am trying to track down the origins of Grusin's " St. Elsewhere" theme. If my memory is correct, and it usually is, Genesee Beer used that theme for it's commercials prior to " St. Elsewhere" becoming a TV show. Any method of proving that?

Nice write-up. I discovered a lot of the late-70s Grusin stuff when it came out when as a young adult I was becoming a record fiend. I really loved the Mizells on Blue Note so somehow the Grusin stuff on Blue Note seemed like a logical extension: accessible and groovy but still having the depth that for me defined jazz. I'm trying to remember exactly when in the early 1980s, though, that GRP sound descended into unbearably awful and soporific pablum.