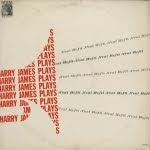 Neal Hefti (1922-2008) was engaged as musical director for Frank Sinatra’s Reprise Records in 1961 when his old boss, trumpeter Harry James (1916-1983), called him back for an album of Hefti originals. Hefti had played trumpet and toured for a year in James’ band back in 1949 and had provided arrangements to the bandleader throughout the 1950s, while he led his own band with wife Francis Wayne (1952-53) and was also working for Count Basie’s orchestra.

By the mid-1950s, Hefti was a much sought-after jazz arranger for his skilled and swinging charts and even earned a level of success beautifully crafting more popular music too. Hefti worked with many jazz and popular artists during the 1950s and had already inspired hugely popular all-Hefti programs for both Count Basie and Steve Allen.

Hefti set out to meet James in Las Vegas – the Harry James band was playing at The Flamingo at the time – to discuss the project and Hefti came back to California and furiously sketched out 23 themes. He then scored the ones that would make the best-balanced album, from slow tempos (“Rainbow Kiss”) to medium (“Hot Pink” and “The Creeper”) and mainstream jazz (“Mister Johnson,” “Harry, Not Jesse,” “Tweet Tweet,” “Koo Koo”) to Gospel (“Sunday Morning”) to Latin (the “Mack the Knife”-inspired “Fontainebleu” – yes, the spelling is correct – and the great “Chiarina”).

Everyone is right “on” here, with James, who solos on every track, in particular, grooving splendidly with the bravura of years gone by. Listening to Harry James Plays Neal Hefti (MGM, 1961), you’d never know that many in jazz circles at the time thought that the big bands were dead. Hefti writes with an energy and enthusiasm that belies this and James and company play with a fervor and affection for these charts that refute the doom and gloom and any preconception that this music no longer had anything to say.

“Despite the shrinking of the big-band scene,” says Leonard Feather in The Encyclopedia of Jazz in the 60s, the James orchestra remained continuously active during the 1960s and enjoyed unprecedented musical success. James maintained a high standard for his band and a style that was more consistently jazz-oriented than that of the groups he had fronted in earlier years. James’ own trumpet style, which in the ‘40s was inclined toward sentimentality and bravura, achieved a more jazz-routed groove.” 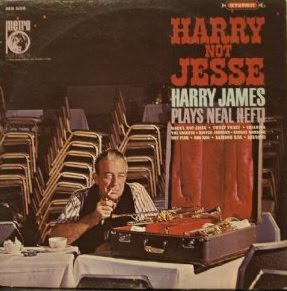 While it’s hard to avoid the comparison to Count Basie, Hefti’s music really diversifies here a bit more than his Basie music is often allowed to. The leader responds in kind with some particularly energetic statements that let you know he is in charge. There is also a real New Orleans feel to much of the music (“Mister Johnson,” “Koo Koo” and “Fontainebleu,” which surely launched Al Hirt onto his own career, especially), something you’d never hear in Basie, that beggar the fantasy of Hefti writing for Louis Armstrong (the two were actually recorded together in 1946).

Surprisingly, though, none of this music caught on the way so much of Neal Hefti’s music often did. “Tweet Tweet,” “Sunday Morning” and “Koo Koo,” however, stayed in James’ repertoire and Hefti’s arrangements of the tunes survive on several additional Harry James recordings. Hefti himself beautifully re-scored “Sunday Morning” for strings, flutes and harpsichord on his brilliant and little-known 1965 album The Leisurely Loveliness of Neal Hefti (Movietone).

While nothing here is as slick as anything Hefti himself would craft later on, notably the wonderful Jazz Pops (Reprise, 1962), this Harry James album is a true joy. Highlights include “Chiarina,” perhaps inspired by James’ historic tour of Mexico in 1960, driven beautifully by the rhythm section and some magnificent brass flourishes; the classically Hefti-tailored “Hot Pink,” which hints at some of where Hefti’s Hollywood music would go; the frightfully well-played “Sunday Morning” (the basic Bobby Timmons groove has a tremendous brass chart with reed counterpoint that surely must have inspired big band arrangers like Lalo Schifrin and Oliver Nelson later on) that lacks almost any sign of improvisation; and the delightfully scored “Koo Koo,” with a bridge that must be copped from a Kenyon Hopkins film theme. 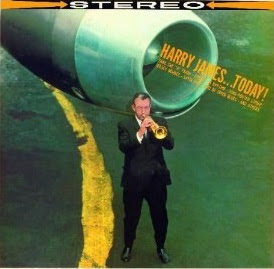 However it’s presented, though, Harry James Plays Neal Hefti is well worth hearing and a too-little known part of Neal Hefti’s significant musical legacy.
Posted by Douglas Payne at 7:52 PM

These MGM James recordings have always been a favorite of mine - but the Neal Hefti album I'd never heard until I bought the double LP from Jazz Beats. Chiarina is a killer chart! Between James' superb solo and the Powell-inflected piano bridge, not to mention phenomenal ensemble playing, and a bottom that just never ends - wow. This is a chart that ANY modern big band would love to have in it's book. Great review.

"the leisurely loveliness of Neil Hefti" BEGS for a reissue on CD. but I bet the master tapes are lost.

Professional trading signals delivered to your cell phone every day.

Start following our trades NOW and gain up to 270% per day.