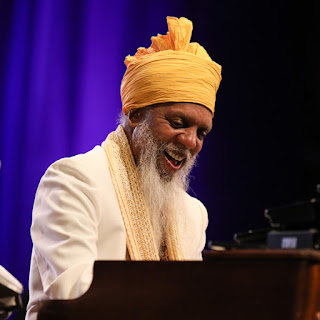 I am saddened and surprised to learn of the death yesterday of B-3 organ maestro Dr. Lonnie Smith. He was 79 but seemed ageless, with a youthful energy and a young person’s will to constantly explore new musical frontiers.

The Doctor first caught my attention in 1986 when I picked up a used copy of Lou Donaldson’s 1968 album Mr. Shing-A-Ling - a reference to “boogaloo,” the type of music that Donaldson could rightly claim as his own. Smith’s composition “Peepin” immediately grabbed my attention.

The simple, joyful melody sets sail over the organist’s funky waves, with guitarist Jimmy Ponder and drummer Idris Muhammad grooving in the undercurrent. I’ve memorized every note of Smith’s utterly spectacular solo here. Ponder and Donaldson weigh in particularly beautifully too. “Peepin” is a funk classic and one of my favorite-ever jazz tunes.

After becoming addicted to “Peepin,” I glommed on to the Latin funk brilliance of “Slouchin” (with David “Fathead” Newman, from the 1969 Blue Note album Think!), and the albums Mama Wailer (Kudu/1971) and the hugely underrated Afro-desia (Groove Merchant/1975), with a young Joe Lovano and an unbilled George Benson. 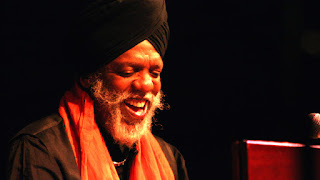 When the organ and soul jazz fell out of favor in the late 70s, Smith disappeared from the music scene altogether. He moved to Florida, where he lived the rest of his life.

But he came roaring back in the mid-nineties with a trio of tremendous organ-trio discs: Purple Haze (1994) and Foxy Lady (1996), both tributes to Jimi Hendrix, and Afro Blue (1997), a tribute to John Coltrane.

All three discs feature the late, great guitarist John Abercrombie – who was also working with his own organ trio at the time – and drummer Marvin “Smitty” Smith, who has rarely featured in organ combos. These discs spotlighted a re-energized, revitalized Lonnie Smith, one who mixed the ethereal and the incandescent with a groove that always had guts and glory.

His ability to craft any number of dramatic, intoxicating solos attracted devoted audiences around the world. After reuniting with David “Fathead” Newman for the superbly subversive Boogaloo to Beck: A Tribute in 2003, the Doctor waxed several records for Palmetto (2004-2010) and three albums for his own Pilgrimage label. He returned to Blue Note in 2016 for his last three albums, including Breathe, which came out in January and pairs him with Iggy Pop – which should surprise no one – on several songs. 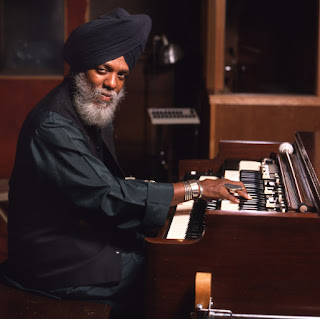 Since getting back in the game in the nineties, Dr. Lonnie Smith factored as a featured guest on an astounding number of discs. There must be dozens. While many of these discs are on a par with the Doctor’s solo albums, they all prove how adaptable Smith was to a multitude of situations and how the B-3 bomber could raise the stakes and the temperature of so many others’ records.

The high point, for me, of any of these records is those all-too few occasions when the Doctor covered rock classics: notably, “Zoot Allures” by Javon Jackson (1996), “Taxman” by Cyrus Pace (2004) or "Come Together" by the Doctor himself. And don’t miss “Chase Game” from Akira Tana’s Secret Agent Men (1992) or the gloriously-titled Smith original “If You See Kay” on Javon Jackson’s 2003 album Easy Does It.

It’s a riveting legacy. One I’m happy to have known about and enjoyed. And one I think many others will continue to explore and appreciate. My condolences to Lonnie Smith’s family, friends and others. Our loss is musical, their loss is personal. Thank you for the music. Rest in peace, Doc.

P.S.: A long time ago, I had the great honor to write the liner notes for a Japanese release of Lonnie Smith’s Mama Wailer, the contents of which can be found here. Also, here is a review I wrote for the 2008 release of Dr. Lonnie Smith's Rise Up.