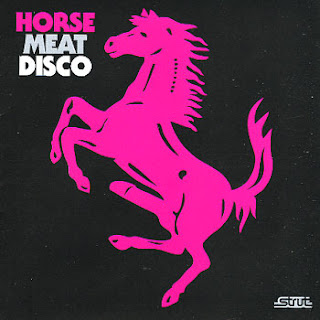 Can you ever be too late to a good party? No. Horse Meat Disco is proof.

Issued by the always reliable compilers at the Strut label, this two-disc dance party features a wealth of great dance music laid down between 1976 and 1984 and compiled on a CD that was issued a quarter of a century later (August 2009). Says Time Out, “If you ever wished you could hang out at seminal 1970s New York gay clubs, you’ll love Horse Meat Disco. A Mecca for disparante underground bohemians.” What’s here does not turn up on the usual disco compilations, which makes it interesting enough. But even better, what’s here is good, nee exceptionally good, disco – hardly any of it known outside of the great dance undergrounds of the early 80s or cult London clubs like HMD. 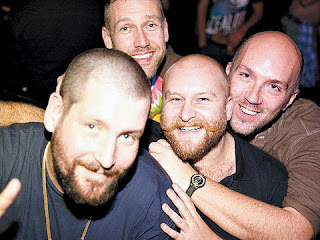 There’s a lot of instrumental magic here. Even the vocal pieces have plenty of decent soul-worthy groove to recommend them, unlike so many novelty disco hits (“Ring My Bell” or “I Love The Nightlife”) or solid soul music crafted as disco (“I Will Survive” or “No One Wins The Prize”) of the day. Another nice thing is that the producers have compiled songs from a great array of labels. It’s not about who owns what – or how easy it would be to throw another set together with “disco” in the title. So the theme is more groove-centric than style-centric or sales-centric. Nearly all of this was new to me and sounds like first-tier disco music that I wish I had known about in the day.

It’s a shame the cover art couldn’t reproduce the actual HMD logo, a cop on the look Atlantic Records used back in the day for the sleeves of its 12-inch records (even though Gino Soccio’s “It’s Alright” appears here by courtesy of Atlantic Records) – or even the horse triangle on the CD’s back sleeve. But the raunchy horse that’s part of the HMD logo is there for anyone doubting the origin of this mix.

Kudos to David Peschek for his wonderful liner notes and his beautifully poetic words about disco: “At its heart, disco is about two things: joy, and escape.” He goes on to write enthusiastically about disco and the history of Horse Meat Disco, this disc no doubt inspiring some of his particularly well-chosen words.

There are plenty of legitimate and illegitimate mixes out there to sample. Horse Meat Disco is one well worth sampling.
Posted by Douglas Payne at 11:49 PM