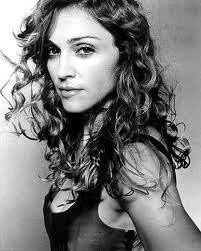 Say what you will about her music - and Lord knows I have said some unpleasant things in my time about the Material Girl (except for my long-standing defense of Who’s That Girl) - Madonna’s influence is unparalleled.

Over the years I have occasionally fallen under Madonna’s spell, though I don’t often care to admit it. I am usually much happier watching her videos than listening to her music – though Ray of Light stands as something on its own and somewhat meaningful for the ages.

Still, watching her videos makes for something that’s intoxicating. Here’s why watching Madonna is often better than just listening to Madonna. Maybe I like to watch. This is why.

“Open Your Heart” (1986) - The video was originally set to be directed by Madonna's then-husband Sean Penn, but in the end the final honors went to Jean-Baptiste Mondino, who went on to work with Madonna on other videos including the Visconti-inspired "Justify My Love" (1990). Shot in Echo Park, California, the video features a beautiful boy named Felix Howard.

“Like A Prayer” (1989) – I know this better from the notorious and briefly aired Pepsi commercial (a big deal in its day), directed by Pittsburgh born Joe Pytka, who also directed several Michael Jackson videos. This wonderfully conceived video, though, is directed by Mary Lambert, who initially made a name for herself directing Madonna videos (“”Like A Virgin,” “La Ilsa Bonita” etc.), and is probably best known as the director of the Pet Semetary films (the second of which features Edward Furlong). The song features the Andraé Crouch Choir and Madonna's longtime backing vocalist Niki Haris and the video spotlights actor Leon Robinson as the Jesus character.

“Express Yourself” (1989) – Despite accolades to the contrary, this song (which is hardly revolutionary) certainly inspired Lady Gaga’s “Born This Way.” The incredible video was directed by David Fincher (Fight Club, Zodiac, The Social Network and the forthcoming The Girl with the Dragon Tattoo) and obviously inspired by Fritz Lang’s magnificent Metropolis. Madonna herself claims to have had a hand in every part of the creation of this video and mentioned jokingly in a 1990 BBC interview that the main theme of the video and the cat metaphor represents that "Pussy rules the world."

“Ray of Light” (1998) – No words need apply, except maybe “beautiful.” The Koyaanisqatsi-like video is directed by videographer Jonas Åkerlund (Spun, Horsemen).
Posted by Douglas Payne at 1:20 AM

Which is better Coke or Pepsi?
SUBMIT YOUR ANSWER and you could win a prepaid VISA gift card!