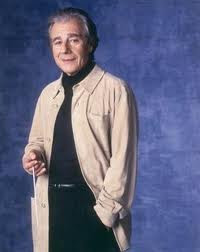 A very happy 79th birthday to Lalo Schifrin, one of the greatest composers jazz and film has ever known, a damned fine pianist and truly one of the nicest people you could ever want to meet.

Born June 21, 1932, in Buenos Aires, Argentina, Lalo Schifrin’s resume would be impossible to list here (check out my discography for that). But there are so many high points, including Dizzy Gillespie’s historic Gillespiana, Jimmy Smith’s award-winning The Cat and Paul Horn’s award-winning Jazz Suite on the Mass TextsCool Hand Luke, Bullitt, Dirty Harry and Enter the Dragon and iconic themes to TV’s “Mission: Impossible” and “Mannix.”

Lalo Schifrin continues a tireless pace of composing, recording, touring and conducting, having recently released Invocations , the seventh in his remarkable series of “Jazz Meets the Symphony” recordings and the 45th release on his own Aleph label, scoring the hit Rush Hour films, video games such as Splinter Cell and composing the score for the upcoming James Caan film Sweetwater (interestingly, one of Schifrin’s earliest assignments was scoring the 1964 “Memo From Purgatory” episode of The Alfred Hitchcock Hour starring Caan in one of his first roles).

By way of a tribute, here are some of my favorite Lalo Schifrin moments, gleaned from what I could find on YouTube (YT). Happy birthday, Lalo Schifrin!

“Dirty Harry” from Dirty Harry (Aleph, 1971) – I would have preferred to find the main titles sequence on YT, but this gets most of the good stuff:

“Latin Slide” from La Clave (Verve, 1972) – also featured in a different recording as a source cue from the 1971 film Pretty Maids All In A Row: