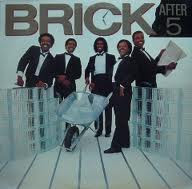 I was 13 years old when I first heard “Dazz” and I knew from the very first moment I heard this song on the radio that this was one of the very best songs I’d ever heard in my life.

I seem to remember my wonderful grandmother (babysitting us at the time) taking me and the rest of my siblings to Northway Mall in Pittsburgh’s North Hills one day. Our first stop in the mall allowed me to get this 45 and, if I recall correctly, K.C. and the Sunshine Band’s Part III. Then we went to Mamma Lucia’s for a delicious pizza dinner. I still remember eating pizza with my brother and sisters, thinking how happy I was to have “Dazz” in my possession. The flute solo is pure manna to me.

“Dazz,” whose title, like the song itself, is meant to merge the styles of disco and jazz, has always stayed with me. I still think it’s one of the best songs I’ve ever heard. I ended up getting the group’s follow-up singles “Dusic” (1977 – again merging “disco” with “music”) and the totally righteous “Raise Your Hands” (1979). I think I was the only one I knew in my small world who ever knew these songs existed and, unfortunately, Brick disappeared very shortly thereafter. 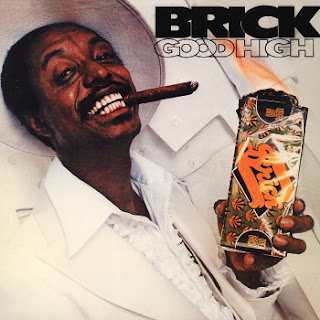 Bang Records was eventually acquired by Columbia Records in 1979, around the time Brick issued its Stoneheart record (which included “Raise Your Hands”), assuring wide distribution and increased radio play. But, unfortunately Brick (which possessed many of the same qualities of the era’s other chart-toppers, B.T. Express and the Ohio Players) never found this sort of success.

Brick more or less disintegrated after their final Bang album After 5 in 1982 (although an album called Too Tuff was issued several years later). Columbia, now Sony, which owns the bulk of Brick’s recorded output of six albums, has issued two Brick compilations – but neither, inexplicably, features the full five minute and 15 second version of “Dazz.” How anybody thinks that the edited version of “Dazz” qualifies as a disco classic isn’t getting the point of the song or the reason why it’s become the dance great it is.

The major label has also not bothered to issue Brick’s original albums, especially the excellent 1976 debut album Good High, which features “Music Matic” and the full-length version of “Dazz” as well as other such greats as “Here We Come,” “Southern Sunset,” “Good High,” “Brick City” and “Sister Twister.” The group’s musicianship is most apparent here – a mix of R&B and soul melding into disco and jazz. The amazing Jimmy “Lord” Brown” features prominently throughout on vocals, saxophone, flute, trombone and trumpet. Brown alone makes the album as appealing for jazzers as those looking for something a bit more funky. 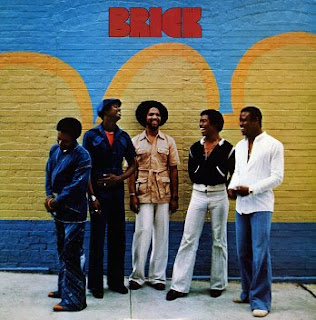 Fortunately, the always great Wounded Bird label has rescued not only the great Good High for CD but other Brick albums such as Brick (1977) and Stoneheart (1979). (The group’s fourth album, Waiting on You (1980), was recently issued on CD by Funky Town Grooves, leaving the group’s nearly unknown last two Bang albums, Summer Heat and After 5 (1982) to remain in perpetual obscurity.)

The long-awaited Good High CD adds a single edit of “Dazz” (called “Dazz Disco Mix”) and “That’s What It’s All About (Single Version).” Brick adds to its program “Ain’t Gonna Hurt Nobody (Single Version)” and “Dusic (Short Version)” – which trims about two minutes off the album version. StoneHeart adds “Raise Your Hands (Single Version),” a four-minute edit of the five-minute LP version. 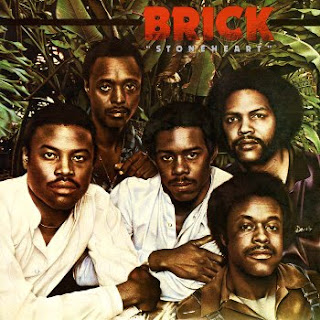 The point is that we’ve finally got Brick back in the musical foundation, where they belong. I’ve already ordered my CDs. And if you like great R&B funk and jazz, you’ll be all over these too. “Dazz” rules!
Posted by Douglas Payne at 12:54 AM