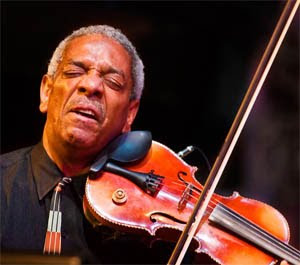 The great jazz violinist and composer Billy Bang, born William Vincent Walker on September 20, 1947, in Mobile, Alabama, died at his home in Harlem on April 11. The cause of death was complications due to lung cancer.

Billy Bang moved with his family to Harlem, New York while still an infant. He studied violin in school and took up drums and flute independently. He briefly attended the exclusive Stockbridge prep school in Massachusetts with no music curriculum, then dropped out, moved to the Bronx and was drafted into the Army and sent to Vietnam.

After struggling with alcohol and drugs on his return to America in the late 1960s, Bang drifted from schools, meaningless jobs and political action groups before taking up the violin again. He studied with the prominent avant-garde jazz violinist Leroy Jenkins and became immersed in the 1970s downtown loft-jazz scene – the celebrated locus of avant garde jazz that all the major record labels avoided at the time due to the proliferation of jazz fusion – and even briefly joined Sun Ra’s Arkestra.

In 1977, Bang founded the String Trio of New York, a group that wedded chamber-music intimacy and rigor to free-jazz gusto in a manner few other bands had achieved. Over time he honed a signature sound: grainy and penetrating, but more lyrical than strident. Even at his most exploratory, Mr. Bang pledged allegiance to swing-era violin forebears like Stuff Smith and Ray Nance. 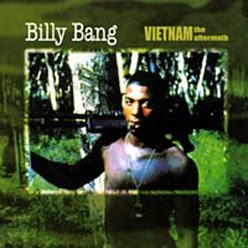 Billy Bang’s first album was 1978’s New York Collage, a concert recording of poetry and percussion featuring free-jazz bassist William Parker. Bang then featured on several notable albums that set the foundation for the “downtown” sound of the 1980s such as Kip Hanrahan’s Coup de Tete and Material’s Memory Serves before jettisoning off onto a slew of recordings for mostly small European labels.

Bang reunited with Sun Ra late in the decade, recording the bracing quartet album Tribute to Stuff Smith with the pianist, shortly before his death, in 1992.

In 2001, Billy Bang was asked by Jean-Pierre Leduc of Justin Time Records, the violinist’s Montreal-based label, if he’d consider doing an album about his experience in Vietnam. “My entire body and mind came to an immediate halt,” Bang related. “My inability to bravely confront my personal demons, my experience in Vietnam, has been a continuous struggle. For decades, I’ve lived constantly with my unwillingness to deliberately conjure up the pain of these experiences.”

So much of this music, which comes out of great pain and suffering, is so joyful, moving, rewarding and enriching all at once. The pieces I love and can never get enough of include “Yo! Ho Chi Minh is in the House,” “Tunnel Rat (Flashlight and a 45),” ”Bien Hoa Blues,” “Fire in the Hole” and the unbelievably intoxicating “Saigon Phunk.” 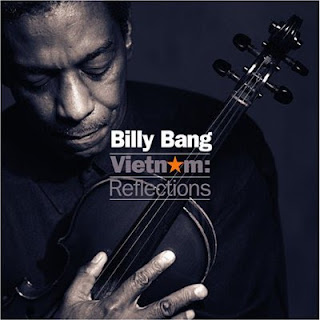 Billy Bang continued his reflections on this period of his life in the equally tremendous Vietnam: Reflections from 2005, with Daniel, Hicks, Lundy, Carvin, Brown and Morris returning and the addition of James Spaulding (alto sax, flute), Henry Threadgill (flute), Co Boi Nguyen (vocals) and Nhan Thanh Ngo (dan tranh) to the program (Frank Lowe had died in the interim and Bang dedicates this album to him).

Another remarkable performance that stands the test of time, Vietnam: Aftermath is a moving piece of emotional artistry that features truly great performances in “Reflections,” “Lock & Load,” “Doi Moi,” “Reconciliation,” “Waltz of the Water Puppets” and “Reconciliation 2.”

The loss of Billy Bang at the comparably young age of 63 is sad enough for his family, friends, musical associates and loved ones. But the fact that he left a legacy of remarkably beautiful music that came out of great sadness and suffering is painful to consider too.
Posted by Douglas Payne at 1:16 AM

I had the fortunate experience to be in a band that included the legendary drummer Dennis Charles and on upright bass, Akira Ando, and thru them I met the inimitable Billy Bang. From the little time I spent with Billy I realized that he was a man with a beautifully tortured soul. And as in all great musicians, it came thru in his music and for that, we all should be eternally grateful.

R.I.P. Billy - may you finally be at peace brother. Thanks for the music and for your friendship..

Billy Bang performed at my opening of the first Black African Nubian owned bookstore in Upstate New York. He performed as a duet with the trumpeter Ahmed Abudullah. One song they played was "My Favorite Things". The rendition was hauntingly beautiful, and it was both a pleasure and a blessing to have his spirit baptize the occasion. I have bought several of his albums and CD's since then. He is in my opinion the greatest jazz musician that every played a violin. A great loss for this world and a wonderful addition for the hereafter.
All praises due to the Most High for sending us Billy Bang

I just found out about Billy Bang passing and I am very saddened. He was a rare person. It takes a lot of courage to play the kind of deeply personal and raw music he played and I feel lucky to know any of it. Every day when I practice my guitar I secretly wish I can connect with my inner muse that he seemed to be able to summon at will. He is on a very very short list of my favorite musicians and I will miss him greatly. He made jazz better. Not done easily. I wish I could send my condolences to his family. I am going to miss him.

I saw Billy Bang twice. Once with Sun Ra at the Tree Cafe in Portland, Maine in 1989 and then with his own band at the Waterville Maine Opera House in 2003 as part of his release of Vietnam: the Aftermath. The latter live performance was very intimate, powerful and formative for me. I was sitting only 15 feet from the players; it was basically an acoustic performance and Billy took time between each song to explain each song. He was very erudite and also quite funny. The Vietnam album rarely leaves my turntable.