Vince Guaraldi and the Lost Cues from the Charlie Brown Television Specials Vol. 1 & 2 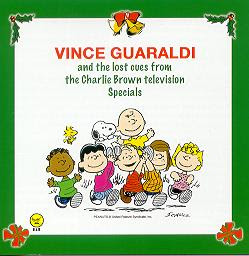 While visiting my nephews, who range in age from three to seven, I always look forward to getting a sense of their world from the shows they like watching. They have frightfully good taste, terrific good humor and all three relate especially well to the music of everything they watch (which makes their uncle very happy). And the kid in me finds nearly as much fun in their entertainment as they do.

Most of this comes from the DVDs their parents buy for them (fortunately, none of the three kids are all that interested in television) – an often highly entertaining lot that draws from current animated films and live-action films for kids to many of the animated classics like Bugs Bunny, Tom and Jerry and Scooby Doo. All three of them can pull quotes from their favorites with razor-sharp accuracy too.

On my last visit, the three-year-old asked me to watch It’s The Easter Beagle, Charlie Brown with him over and over again. What a joy. I had forgotten what a pleasure these shows were, particularly this one. Marcie constantly misunderstanding Peppermint Patty’s instructions for preparing Easter eggs. The kids shopping at the mall. Woodstock pestering Snoopy into finding adequate housing. Sally’s impatience with her beloved, Linus, for actually believing in the Easter Beagle. The dancing. The sheer (obviously reflective) innocent happiness of childhood. It’s truly contagious fun.

Of course, I saw the show when it first aired in 1974. I was 11 years old at the time and, while I was never a big Peanuts fan (apart from the brilliant and timeless A Charlie Brown Christmas), I was always a fan of that music and It’s The Easter Beagle, Charlie Brown swells with some particularly good music, some by Vince Guaraldi (1928-76) and some by both Bach and Beethoven, chosen of course by Mr. Guaraldi himself.

Music is the only reason I’d endure something called There’s No Time For Love, Charlie Brown. It didn’t matter how slight the stories were, Vince Guaraldi’s music not only held many of those Peanuts specials together but really made it truly something “special” (which is what they called these things in the day). 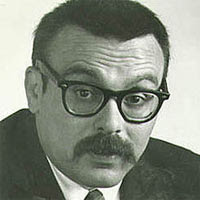 One of the frustrating things in the 1970s was that none of the music Guaraldi was doing for the Peanuts specials was readily available. The soundtrack album to A Charlie Brown Christmas (Fantasy, 1965) only turned up in record stores during the holiday season (these were the days before the Internet made things available anywhere all year round) and two other collections of Peanuts themes, A Boy Called Charlie Brown (Fantasy, 1964) and Oh Good Grief! (Warner Bros., 1968), had already been long out of print.

By the time of Vince Guaraldi’s death from heart failure on February 6, 1976, literally none of his few records were available for sale. Several years later, when I began combing used record stores I discovered Alma-ville (Warner Bros. 1969), the last official record Guaraldi released and perhaps one of the best non-Peanuts records he ever did.

This condition lasted well into the mid eighties when some of the classic Vince Guaraldi jazz sets like Jazz Impressions of Black Orpheus (Fantasy, 1962), which featured Guaraldi’s Grammy Award winning hit “Cast Your Fate To The Wind,” finally began to appear on CD. Vince Guaraldi’s son, David, had also been working for years trying to reissue some of the hours and hours and hours of music Vince had recorded but not released.

Finally, in 2006, the first of two sets of music devoted exclusively to never-before-issued Peanuts music appeared on the Guaraldi family label, D&D (which represents the first initials of each of Vince Guaraldi’s two children).

The music is predictably light and breezy, filled with the charm of Vince Guaraldi’s utterly personal mix of Latin and jazz styles and most of it stands well on its own apart from the show. One of the groovy bonuses of this set is hearing Vince Guaraldi wax poetic on the electric piano as he does ever-so briefly on “Peppermint Patty,” “Incumbent Waltz,” “There’s No Time For Love, Charlie Brown” and “Joe Cool.” He also adds subtle synthesized string counterpoint to “Centercourt” and “Motocross.”

The addition of horns, notably Tom Harrell’s trumpet, on “Little Birdie,” “African Sleigh Ride,” “Thanksgiving Theme,” “Pitkin County Blues” and “Joe Cool (Vocal)” is a pleasant enhancement to the trio’s sound and works much better than it seems like it would. Guaraldi’s terrifically economical horn arrangements are goose-flesh inducing.

Only the memorable “Peppermint Patty” and the rather weak “Thanksgiving Theme” had been released before, but both in different versions than those that are heard here. The CD credits personnel on each track, although it’s clear some of the instruments that are listed are not even heard. Also, the recording dates listed for some of the songs (“Little Birdie,” “Play It Again, Charlie Brown,” “Peppermint Patty” and “Thanksgiving Theme”) post-date the air dates of the episodes the songs are from, indicating that the recording dates are wrong or these were not the original recordings of the songs from the shows. 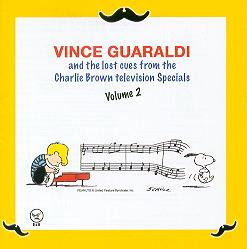 Despite the presence of some typically delightful music, this CD is a mess. With the exception of two songs from the Easter special and four songs from the Valentine special, music from the other four specials had been featured on the previous CD. Also, quite a few of the tunes heard here have been issued elsewhere in differing versions (“Heartburn Waltz,” “”Little Birdie,” “Linus and Lucy,” “Joe Cool” and the very-Peanuts-sounding “Nobody Else”).

Most egregiously, the CD’s song list is almost entirely wrong; mixing up titles, listing titles that don’t actually appear here (“Bus Me,” “Woodstock’s Dream”) and not even crediting titles that are here (“Kitchen Music,” “Snoopy and Woodstock,” “Oh Good Grief”). According to VG expert Derrick Bang, here is how it is supposed to be:

While electric piano dominates many of the songs heard here, there are fewer out front “songs” here than on previous Peanuts collections. The majority of this brief 30-minute collection seems devoted to Guaraldi’s Peanuts underscore, the music heard behind the character’s conversations. Nothing wrong with that. But the music is not as compelling – nor was it intended to be – as Vince Guaraldi’s music so often is, usually functioning as little more than some pleasant noodling over basic blues lines.

Highlights include “Snoopy and Woodstock” (here as “Woodstock’s Dream”), “Little Birdie (Instrumental),” “Joe Cool” (of course), where Guaraldi whistles the melody, and the tremendous Guaraldi composition “Nobody Else,” previously recorded on Guaraldi’s Live At El Matador (1966) and The Eclectic Vince Guaraldi (1969) albums, and like “Cast Your Fate To The Wind,” one of Guaraldi’s brilliant non-Peanuts compositions that would actually work quite well as part of the Peanuts’ world.

While neither of these two sets (which are available separately as well as together) are fully satisfying, it is a pleasure to finally have some more of Vince Guaraldi’s charming and charismatic Peanuts music available to hear.

It would be preferable to hear the complete soundtracks of the shows, including the brief classical pieces Guaraldi includes for the shows. But, for a number of reasons, this may be an impossible mission. Perhaps it’s best just to hope David Guaraldi will continue releasing music from the vast Vince Guaraldi archives.
Posted by Douglas Payne at 11:30 AM

This is the only place that confirms Vince as the vocalist.
It is very hard to figure that out. One can only assume he was, given no mention of others. But with an early unexpected passing, other folks continuing his work, different bands and members I wasn't sure. His voice deserves more comment and laudation. Vocals are not even mentioned on his official site. His voice was a treasure that should not be overlooked.

Excellent post - really interesting. Thanks for the background and critique to these recordings.

Actually the horn arrangement on "Little Birdie" was written by Tom Harrell.

Great post, I'm a big fan of Peanuts and the Christmas Special music, that is all i play in Christmas time!...
I remember having the Vhs and watching it all the time but it got lost in a moving, good thing we have Youtube nowadays :D

Vince was the man. Such a unique and original sound. Thanks for the info, but your labeling of 'Thanksgiving Theme' as "rather weak" is totally unnecessary and just plain wrong. It's trademark Guaraldi and one of my favorites.