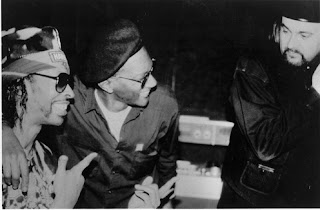 Since the early 1980s, bassist, producer, conceptualist, musical genius and staggeringly uncollectable visionary Bill Laswell has used former P-Funk keyboardist Bernie Worrell, himself an innovative and too little celebrated musical pioneer, on many of his extraordinarily wide-ranging and diverse projects.

The first record of their collaboration that I recall is former LaBelle chanteuse Nona Hendryx’s scintillating Nona (RCA, 1983), which I picked up at the time only because I was in the throws of ecstatic enchantment with the wild and wonderful sounds of Material’s classic One Down (Elektra, 1982).

The Material album, probably one of the very best dance records of the 1980s and one which they pitched as “their first and last pure pop album,” featured Nona Hendryx among others in a pitch-perfect environment that showed her off to better advantage than she’d ever been heard before. Worrell factors only on two of Nona’s tracks (“Living On The Border,” “Dummy Up”). As it is so often elsewhere, his participation may be seemingly minimal, but his impact is palpable. 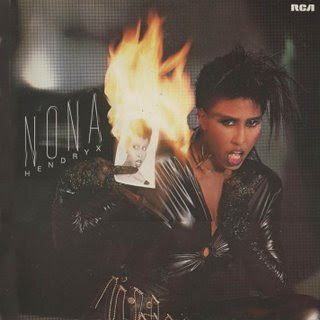 That’s part of the magic Bill Laswell creates with whatever he touches. It doesn’t necessarily turn to gold. More often, it turns into something remarkable and more memorable than mere passing fancy. It’s also why huge stars from every side of the music world line up to work with him. More significantly, he knows how to attract great talent, people with unlimited capacities for confounding expectation and reaching new galaxies of expression. He’ll throw people together that would barely have a reason to share the same room and proves time and again that music is a universal language.

Over the years, while Bill Laswell has continually sought out new musical associations and developed ever newer sonic contexts, he calls back any number of old friends to help him pull it all off. Folks like Bernie Worrell. It says a lot about both of these towering musical giants that they have worked so frequently over so many years so successfully together.

But Bernie Worrell is also an exceptional musician. Classically trained and a gifted musical thinker, Bernie Worrell has provided the electronic backbone to some of the funkiest, rawest music this planet has ever known. His command of any number of electronic keyboards and innovative ways of layering sound built the church of P-Funk, which the denizens of hip-hop will forever worship within. As a sound progenitor, he is probably responsible for a larger percentage of P-Funk’s music than his co-writer credits could possibly ever indicate. Even the credits on most P-Funk records don’t properly acknowledge the real contribution Worrell made to all of that music. After touring with the Talking Heads in the early 1980s, Bernie Worrell launched a fairly spotty solo career (with few exceptions, his solo records tend to try to please too many different interests and aren’t consistently interesting as a result) and has gigged with nearly everybody under the sun but has always made time for Bill Laswell’s musical challenges.

My list only scratches the surface of what Bill Laswell and Bernie Worrell have done together. Like in my personal life, what’s covered below avoids any of the predominantly vocal records (Nona Hendryx, Gil Scott Heron, Yoko Ono, PiL, Golden Palominos, etc.). Although many of these are not without interest, the vocals take away from what I want to hear the instrumentalists doing. That’s not necessarily improvisation which, it should be noted, is not Bernie Worrell’s strong suit – nor something he’s ever shown a particular aptitude for or an abiding interest in (his recent Improvisczario is a wonderful disc that ultimately stands as study in frustration if one approaches it as some sort of jazz statement).

What emerges here is a group of recordings that demonstrate how well two musicians – one of whom isn’t always playing a musical instrument and one who is not always playing – create a space that is about musical invention and of sounds that breathe. Very little of what follows could be considered jazz. But neither is it the music of dominant personalities, which is why jazz-oriented soloist albums by say Pharoah Sanders or Manu DiBango are not featured here. It is about the collective creativity of Bill Laswell and Bernie Worell. 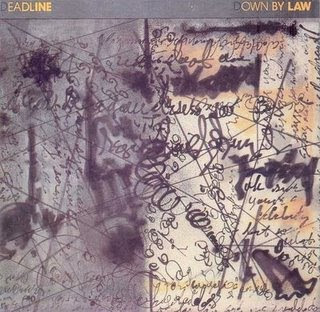 Down By Law - Deadline (Celluloid/1985): The Deadline collective seems to have been a dance project conceived by jazz drummer Phillip Wilson (1941-92) with producer Bill Laswell. The album features six tracks that are very much in the style of Laswell’s other Celluloid projects of the period, with Manu DiBango, Bernie Worell, Steve Turre and Olu Dara appearing on three tracks each, Bill Laswell appearing on five tracks (bass only on “Afro Beat”), Jonas Hellborg appearing on two tracks and Paul Butterfield and Jaco Pastorius on “Makossa Rock.” Only Phillip Wilson is a constant on the album’s six tracks, which amount to something of a successful Afro-Beat meets techno-jazz experiment. Bernie Worrell is heard on synthesizer here on the same three songs led and co-written by Manu DiBango (“Afro Beat,” “Boat Peoples” and the dance-floor hit “Makossa Rock”) and they amount to the album’s most memorable moments. Worrell’s distinctive synthesizer compliments DiBango’s idiosyncratic tenor sax and vocal chants particularly well and is given a prominence that suggests the keyboardist is the foundation, if not the author, of the engaging groove. The result is very similar to the fuel Worrell was adding to the Talking Heads’ fire at the time. The three tracks from Down By Law featuring Manu DiBango and Bernie Worrell have also been included on a DiBango compilation of questionable origin called Bao Bao, which also features three songs from DiBango’s Laswell-produced album Electric Africa, however “Electric Africa” is re-titled “Big Blow,” “Echoes Beti” is retitled “Bao Bao” and “L’Arbre A Palabres” is re-titled “Chapo-so Jam” (curiously, the only song from Electric Africa featuring Bernie Worrell, “Pata Piya,” is not included in the compilation). Although Phillip Wilson was murdered in 1992, a second Deadline album, Dissident, without Wilson, was issued. This album, too, featured Bernie Worrell but not Manu DiBango and seemed more centered on the distinctive basses of Bill Laswell, Bootsy Collins and Jonas Hellborg. 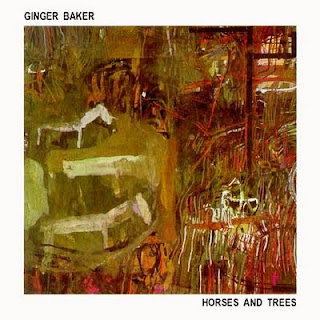 Horses And Trees - Ginger Baker (Celluloid/1986): Rock drummer Ginger Baker had been away from music for about ten years when he returned in 1986 with the Bill Laswell-produced album Horses And Trees. Like Laswell’s productions for Herbie Hancock and, later Pharaoh Sanders, among others, it didn’t merely usher the drummer into a new musical universe, but jettisoned his music forward to a new conception of what was possible. Baker is a particularly powerful drummer, offering an expansive beat that isn’t as technically advanced as it is perfectly suited to the moods he aims to whip up. Baker’s rhythms are often fairly basic and don’t meander much from the groove the drummer establishes early in any song (fortunately he tends to refrain from the prog-rock/arena rock/metal drum solos as he tends to the think in more melodic terms than rhythmic ones). The addition of Daniel Ponce and Aiyb Dieng on percussion throughout adds an aurally perfect dimension to Baker’s sound that suggests the drums are programmed, even though they’re not. Even so, drum programs didn’t sound this holistic and unique back in 1986. Throughout, Laswell, who mans the bass on three of the album’s six tracks (the same ones featuring Bernie Worrell), lays down a firm foundation that keeps Baker’s fairly plodding, almost militaristic, cadences enjoyable and engaging. Bernie Worrell contributes organ to “Interlock,” “Dust to Dust” and “Uncut,” offering a hard-edged rock support few had heard since his early Funkadelic days, when audiences were knocked out by what a Hammond organ could add to rock (think Gregg Rollie of Santana). Worrell solos some in “Interlock” and “Uncut,” making these two tracks among the album’s highlights, which also include “Satou” and “Makuta,” without Worrell, both featuring the distinctive Foday Musa Suso and the always-dazzling percussive effects of Nana Vasconcelos. Bill Laswell produced another album for Ginger Baker, Middle Passage (Axiom, 1990), that also included keyboard contributions from Bernie Worrell. 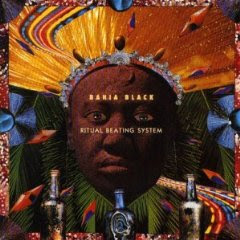 Ritual Beating System - Bahia Black (Axiom/1992): A frustrating and ultimately disappointing listen that’s not without its points of interest, Ritual Beating System focuses on two Brazilian star groups out of Bahia, guitarist, percussionist and vocalist Carlinhos Brown and the ten-piece drummer unit Olodum, under the collective rubric of Bahia Black. Relentless percussion is difficult to appreciate, particularly when it’s prolonged like it is here or presented as a musical statement without any sort of visual accompaniment at all. After a while, it just gets boring. That is probably why Brown and Olodum are given plenty of support here by such Americans as Bernie Worrell on organ (“Retrarato Calado,” “Capitão do Asfalto” and “Guia Pro Congal”), Herbie Hancock on piano and Wayne Shorter on soprano sax (on the two seemingly spur-of-the-moment pieces “The Seven Powers” and “Gwagwa O De”), Henry Threadgill (“Capitão do Asfalto” and “Guia Pro Congal”) and several percussionists including Tony “Funky Drummer” Walls, whose only other credit seems to be LL Cool J’s Walking With A Panther. Bill Laswell functions only as producer (and probably conceptualist) here and the lack of his bass – or any bass at all – contributes to the music’s overall lack of focus. The album also sounds divided into the melodic and interesting Carlinhos Brown pieces and the meandering, often meaningless Olodum songs. Bernie Worrell’s organ, on the other hand, sounds wondrous and positively electric in contrast to Brown’s commanding vocals and acoustic guitar accompaniment. While he’s only audible on three songs here and is never terribly prominent, Worrell’s presence is always felt, providing a strong foundation and fills that really elevate Brown’s remarkably interesting music. Whatever its faults, Ritual Beating System suggests that a greater exploration of “Bernie Worrell In Brazil” is in order. “Retrarato Calado,” “Capitão do Asfalto” and “Guia Pro Congal” hint wonderfully in that direction.
Posted by Douglas Payne at 1:29 PM

Anonymous said...
This comment has been removed by a blog administrator.
6:02 AM

If you would like an alternative to randomly picking up girls and trying to figure out the right thing to do...

If you'd rather have women pick YOU, instead of spending your nights prowling around in crowded bars and night clubs...

Then I encourage you to view this eye-opening video to find out a strange secret that has the potential to get you your own harem of beautiful women just 24 hours from now: