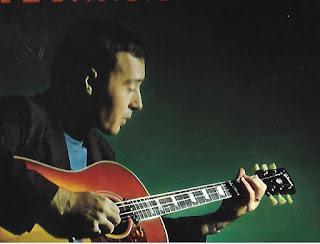 The Hungarian jazz guitarist Gabor Szabo left this planet on this date in 1982. It’s hard to believe that it’s been four decades now since he’s been gone. He died after a prolonged stay in a Hungarian hospital of liver and kidney ailments. He died a mere week and a half before he would have turned 46. He would have been 86 on March 8.

While revered in his homeland as an American jazz star, he was as good as forgotten in his adopted U.S. home at the time of his death. None of the guitarist’s American albums were in print, the last of which, Faces, had been released five years before, in 1977.

Gabor Szabo is still best remembered for his “Gypsy Queen,” the 1966 composition that the rock band Santana affixed to its hit cover of “Black Magic Woman” in 1970. Although the song earned Szabo a lot of money, it did not do much to help his career. Even his beautiful take on “Breezin,” the song Bobby Womack wrote in 1971 for him, became a hit in someone else’s hands.

After stints in the bands of Chico Hamilton, Charles Lloyd and Gary McFarland, Gabor Szabo made a big noise in jazz during the mid-Sixties with his strikingly unique sound, an inimitable balance of fiery and melodic lines and a provocative blend of originals and covers. Szabo was among the first in jazz to recognize and embrace The Beatles and proved that the Fab Four had as much to offer jazz as any of the then-overdone Tin Pan Alley tunesmiths. 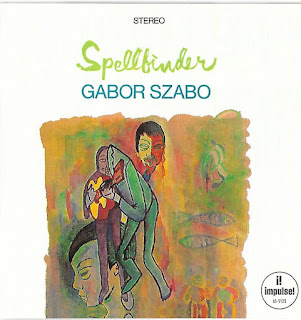 Szabo’s albums Spellbinder (1966), Jazz Raga (1967), Bacchanal (1968) and, most notably, the live album The Sorcerer (1967) dazzled listeners. These records, in particular, offered the guitarist at his best, able to satisfy jazz fans while attracting the young rock listeners hearing “new directions” in the music.

The times, though, were certainly changing. Jazz was – and had been – losing ground as American popular music and, particularly after the British Invasion of the early sixties, younger listeners were gravitating toward rock.

At first, Gabor Szabo seemed positioned to ride this wave of change to great success. But his albums, either out of necessity or choice, became increasingly more commercial, while the guitarist’s increasing lack of direction resulted in albums that became more arranged and less personal, more produced and less inspired.

Even so, good music often emerged: some, like me, are especially partial to Szabo’s CTI albums (my first Szabo experience, Mizrab [1973], remains one of my very favorites) while others, like Carlos Santana, prize the Hungarian guitarist’s 1976-77 Mercury records. Others, still, feel Szabo rediscovered what made his early music so compelling on Small World (1972) and Belsta River (1978), his two Swedish albums. 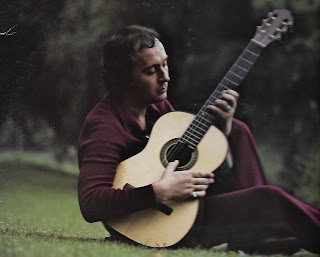 The rise of the internet in the Nineties – and the availability of cheap, used vinyl – helped a whole new generation discover and appreciate the Hungarian guitarist. Several of Szabo’s albums appeared on CD, while cratediggers honed in on the used-record stores to recover the original LPs. Guitarists Henry Kaiser, Lee Ritenour and Nels Cline covered Szabo tunes. Even pop stars like Madonna and John Legend sampled Szabo: “Space” for the former, “Stormy” for the latter.

As the music industry moved toward streaming in the last decade, Gabor Szabo fared particularly well. As of this writing, iTunes carries all but four of Szabo’s nearly two-dozen releases (those MIA include Magical Connection, the never-issued on CD Gabor Szabo Live, Macho and Femme Fatale). 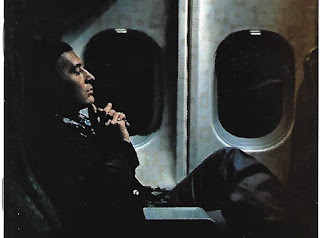 Despite any of this notice, Gabor Szabo remains more of a cult figure than a canonical icon.

But that might be changing. Pristine vinyl issues of Dreams (2020) and Bacchanal (2021) have recently appeared as has a limited-edition CD issue of the long-out-of-print Magical Connection (2021). Additionally, previously-unissued concert recordings featuring Szabo were unearthed for the first time (both from 1965): Gary McFarland’s Jazz at the Penthouse (included with the DVD release of Kristian St. Clair’s documentary This is Gary McFarland) and Charles Lloyd’s Manhattan Stories. 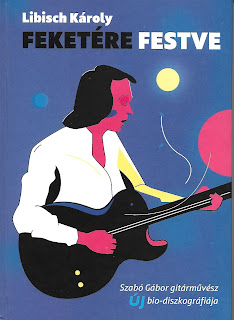 Libisch published the first edition of his Szabo book – which translates as “Painted Black,” after Szabo’s 1966 cover of the Rolling Stones’ “Paint it Black” – in 1993 (it was 186 pages then). The revision weighs in at nearly six-hundred pages, with many full-color photos and serves as an encyclopedia devoted solely to the guitarist; a thorough, loving, erudite celebration of the short, yet fascinating life and art of Gabor Szabo.

But, as they used to say in the commercials, that’s not all. There are not one but two more books dedicated to Gabor Szabo on the way: an Italian-language book, which was published this month (more on that later), and an English-language book that’s in production. On top of all that, there is even a documentary film on Gabor Szabo and more vinyl in the works.

An earlier documentary, Rising from 1974, which was never officially released is now easily viewable on YouTube:

This film – a student film by Larry Bock who went on to become an editor on such Hollywood films as Rambo: First Blood Part II, Bill and Ted’s Excellent Adventure and The Mighty Ducks - catches Szabo at a pivotal time in his career, right after his first return to Hungary and while he was ambitiously trying to put together a large band, The Perfect Circle, that never came to be.

Gabor Szabo has long been an important part of my life. His music helped me to appreciate not only unique musicianship but music, particularly jazz, itself. I cherish anything that documents his music or his career. Each time a CD or record, a book or film celebrates an aspect of this great Hungarian guitarist, it renews my love of his music and gives me hope that someone else will hear and discover the magic of this spellbinding sorcerer. 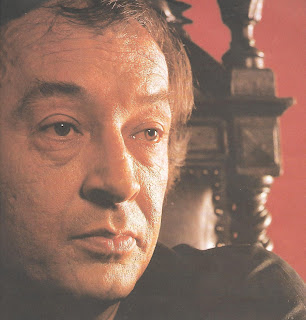 I have always felt that Gabor’s greatest and most underrated talent was his storytelling ability: every song, every solo of his tells a story, one that takes listeners on a journey. That’s how I connect to Gabor’s music; I am along for the ride. Each time, I go someplace new. That’s all Gabor ever wanted out of music; to connect with people, to communicate with audiences. He sings to me each time I listen.

I remember – and will always revere – Gabor Szabo.