Today is the birthday of Cal Tjader, one of jazz’s greatest vibraphonists and the man who single-handedly revolutionized Latin Jazz. Sadly, the world has been Tjader-less for an amazing 39 years now. But the sheer volume of recorded music he left behind on vinyl, CD and streaming keeps him vibrantly alive.

Born Callen Radcliffe Tjader, Jr. in St. Louis, Missouri, on this day in 1925, Tjader’s affinity for music led him quite easily to jazz. But from early trips to New York City, his discovery of Cuban music inspired him to weave elements of the two styles together – something no one else was doing at the time. If he didn’t single-handedly invent “Latin Jazz,” then he certainly helped define it and made it more popular than just about anyone else.

Most likely, though, he would demur. “Latin jazz?” he was asked when queried in 1976. “I thought it was called salsa today. It really doesn’t make a bit of difference. The same type of music was first called Afro-Cuban, then modern mambo, then Latin jazz, and now it’s salsa. Mambo-jombo.”

But the jazz critics were miffed. Harvey Siders, perplexed by the Tjaderization of jazz, asked “What’s a nice Swedish boy like you doing in a bag like this?” Such a question seems, at best, hypocritical (all jazz is a fusion of some sort) and, at worst, a bit racist. Tjader succeeded at bringing musical worlds together that weren’t that far apart in the first place. 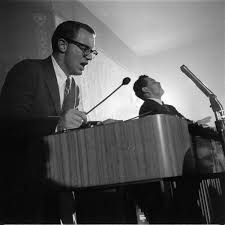 But so much of the ink spilled on Tjader’s genre gymnastics – for the record, plenty of straight jazz and all-ballads sets pepper his discography – overlooks or ignores just how exceptional a vibraphonist Cal Tjader was. He was – and remains – one of jazz’s all-time greatest vibes players, arguably outshining both Lionel Hampton, his hero, and Milt Jackson, in whose shadow Tjader never escaped.

Tjader – in performance and on record – always had an exciting sense of rhythm; likely the result of tap dancing as a child. It was what excited him about so much Latin music. He also had a keen sense of melody – a romantic, he loved the “old” songs – and an exceptional way to make even the banal (“Tra la la Song” leaps to mind) sound interesting.

And he wasn’t limited only to the vibes: Tjader was often heard and seen on piano, drums (a chair he swapped with the vibes in Dave Brubeck’s trio), congas, bongo, timbales and assorted percussion instruments. 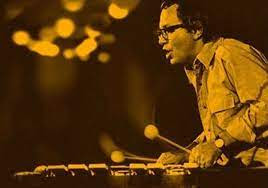 As a soloist, he was simply masterful. He always balanced the melodic and the rhythmic with just the right amount of fun and adventure. Pictures of Tjader playing always show him hunched over his vibes like a novelist sweating over a book. He worked hard to deliver a good performance, clearly having a good time in the process.

He was a generous leader as well, attracting like-minded collaborators – terrific players and writers, too. Just some of the people in Tjader’s band over the years include Mongo Santamaria, Vince Guaraldi, Willie Bobo, Armando Peraza, Pete and Coke Escovedo, Clare Fischer, Chick Corea and Poncho Sanchez, as well as local legends Lonnie Hewitt, Bill Fitch and Johnnie Rae.

As recounted in S. Duncan Reid’s lovely and lovingly comprehensive Cal Tjader: The Life and Recordings of the Man Who Revolutionized Latin Jazz (McFarland & Co., 2013), Tjader “was a major success story.” The vibraphonist transcended racial and cultural barriers and was internationally revered. 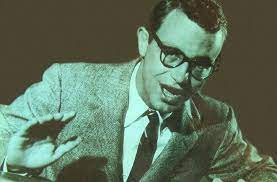 From the early fifties until his death on tour in the Philippines in 1982, he consistently played clubs, campuses and festivals in and around his native San Francisco, all along the West Coast, New York, Mexico, France, Japan and Puerto Rico.

Tjader was a prolific recording artist as well. He recorded over twenty albums for Fantasy between 1954 and 1962, fifteen for Verve between 1961 and 1969 (including his biggest hit, Soul Sauce, in 1965), four for his own Skye label, a further thirteen for Fantasy between 1971 and 1979, and a half dozen albums for Concord up to his death, including the Grammy-winning La Onda Va Bien (1980).

Since his death in 1982, Cal Tjader has been honored by tributes from former associates Clare Fischer (1988), Poncho Sanchez (1995) and Tjader-ized (1998), vibraphonist Dave Samuels’s honorific featuring such Tjader-ites as Eddie Palmieri, Ray Barretto and Michael Wolff. Additional hommages à Tjader include those recorded by Louie Ramirez/Paquito D’Rivera in 1986, Gary Burton in 2001 and conguero Frankie Piñeiro (with Kenny Drew, Jr.) in 2017. 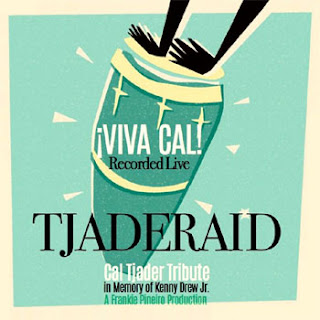 In this twentieth-first year of the twenty-first century, there seems some danger that Cal Tjader might be little more than a memory. Reissues (and celebrations) of Tjader’s music – on CD or vinyl – have pretty much ground to a halt.

Sure, budget labels churn out compilations of Tjader’s out-of-copyright Fantasy albums. The 1968 album Solar Heat got a vinyl release in 2019. And Japanese CDs of The Prophet (2015) and Soul Sauce (1965) came along in 2015 but are now very hard to come by.

But that’s where the music world is this day and age: everything streams. The major labels no longer bother with non-canonical “catalog” CDs (or vinyl); they just don’t sell. Tjader streams too. But streaming provides only a fraction of Tjader’s Verve albums (notably the ones that have appeared on CD), a minority of the Fantasy albums from the 70s and only some of the Concord albums that concluded Tjader’s recording career. That said, there is still much Tjader to savor. 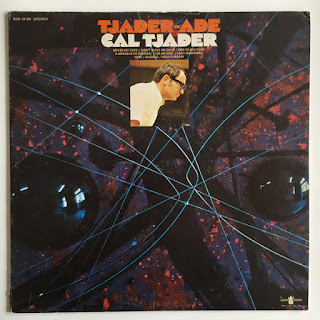 Check out old vinyl or used CDs (or stream, if you’re so inclined); whatever it takes to hear Cal Tjader. Remember Cal by listening to the legacy he left. My recent listening activity has taken me to drink in the Tjader-ade of the vibist’s Verve albums (to be reviewed in a later post). And nearly four decades later, I’m still enthralled. (I discovered Soul Sauce circa 1986.)

One thing that strikes me is just how timeless much of Tjader’s music is. Even on the mambos (which scream fifties fluff) or the AM pop covers “Along Comes Mary” and “Never My Love,” Tjader sounds consistently fresh and relevant – not to mention consistently consistent; whatever bag (and time-period) Tjader is in, there is no question who is doing the date or manning the mallets.

With few exceptions, there is little that dates Cal Tjader’s music or its presentation. Happy birthday, Cal Tjader. Thank you for the many gifts you left behind.

Posted by Douglas Payne at 3:43 PM