Cal Tjader came into my life when I discovered the 1965 Verve album Soul Sauce in the mid-eighties. I was particularly entranced by “Maramoor,” but the whole album was an aural revelation. Sampling then-recent reissues of Tjader Plays Mambo (with the great “party girl” cover) and Mambo with Tjader (both 1955) ignited my attention to and affection for Cal Tjader.

Further exploring Tjader’s Verve albums – released in the midpoint of Tjader’s recording career, between 1961 and 1969 – made me realize, though, there was a lot more to Cal Tjader than those Latin Jazz classics revealed – and for which he is justly revered. 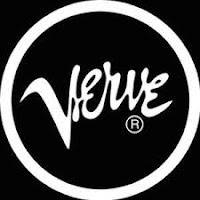 S. Duncan Reid confirms such suspicions in his commanding biography, Cal Tjader: The Life and Recordings of the Man Who Revolutionized Latin Jazz (McFarland & Co., 2013). It is a deeply researched and lovingly detailed account of Tjader’s career that, like the best in music writing, often sends the reader back to the music.

Here, I sound out the Latin kicks and the Tjazz-y shades of Cal Tjader’s rich and varied Verve period… 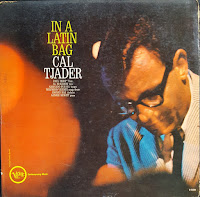 In a Latin Bag: Tjader switched from Fantasy to Verve in 1961, shortly after Norman Granz sold the label to MGM. His first album for the label, In a Latin Bag was recorded – surprisingly, given most Creed Taylor productions – in Los Angeles with Tjader’s working group featuring Paul Horn on flute and alto sax (on his terrific “Half and Half” only) and Lonnie Hewitt on piano. Armando Peraza, who was still in George Shearing’s group at the time, added bongos and the stirring “Mambo in Miami.” Released in November 1961, Latin Bag doesn’t differ much from Tjader’s Fantasy albums of the fifties. But the audio quality is significantly better than those albums (no engineer is credited). Tjader originals here include “Davito” (reprised on the 1972 album Live at the Funky Quarters), “Pauneto’s Point” and the entrancing and exotic “Triste.” Pete Turner’s cover photo makes for the classiest-looking Cal Tjader album to this point. (Released with the album below on CD in 2014.) 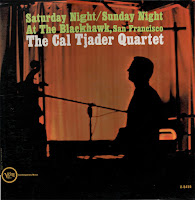 Saturday Night/Sunday Night at the Blackhawk, San Francisco: This quartet outing presents Tjader live (over two performances), this time in a jazz bag. Released in May 1962, Saturday Night/Sunday Night, whose title takes its cue from a Miles Davis record released the previous year, is one of the stronger albums in Tjader’s discography. For those who dismissed him for his Latin forays, this record proves he had real jazz chops and a genuinely exciting musical imagination. Tjader’s sole original here is the sassy and swinging “222 Time,” written as Reid says, “for the bar adjacent to the Blackhawk that housed Verve’s recording equipment.” The magnificent take on “Summertime,” “Stablemates,” Gary McFarland’s “Weep” (which never sounded more like the MJQ than it does here) and Lonnie Hewitt’s Milt Jackson-esque “Noonie’s Groove” are among the album’s highlights. Again, Pete Turner’s cover photo is a classic – and Verve’s elegant typography raises Tjader’s cachet several notches above the earlier Fantasy packages. (Released with the album above on CD in 2014.) 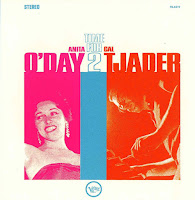 Time for 2: With Anita O’Day. This unlikely pairing from 1962 is likely modeled on Beauty and the Beat!, Peggy Lee’s 1959 hit album with George Shearing. Oddly, though, it works – surprisingly well – likely due to what Reid calls “O’Day’s hip phrasing and Tjader’s slick tailoring.” Ms. O’Day fronts Tjader’s group as though she was belting it out with a big band, while Tjader proves a most swinging and sensitive second-fiddle accompanist. The album boasts two genuine classics in Dave Frishberg’s “Peel Me a Grape” (theirs is the original) and “I Believe in You,” from How to Succeed in Business Without Really Trying (which was also covered by Peggy Lee at about the same time). The title Time for 2 probably references the two leads as much as the record’s style: the program is evenly split between the Latin kick (“Thanks for the Memory,” “Under a Blanket of Blue,” “That’s Your Red Wagon,” “An Occasional Man,” “The Party’s Over” and “Mr. Sandman”) and the jazz both leaders could do entertainingly without effort. O’Day and Tjader pair especially well throughout (a pairing Tjader matched on his final record with Carmen McRae in 1982) but the album also features other such stand-outs as “Just in Time,” with a great Tjader solo, and the torchy “I’m Not Supposed to be Blue Blues,” with Cal on (stripper) drums and pianist Lonnie Hewitt blowing blue smoke all over those keys. (Reissued on CD in 1999.) 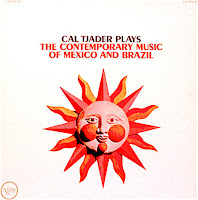 Cal Tjader Plays the Contemporary Music of Mexico and Brazil: Surprisingly, for a Creed Taylor production, the impetus for this record came mostly from the multi-talented composer, arranger and pianist Clare Fischer (1928-2012). Taylor was likely influenced by Fischer’s domination because the album kind of cashes in on the bossa-nova fad that Verve was exploiting at the time. Fischer, writer of such jazz standards as “Morning” and “Pensativa” and occasional member of Tjader’s group, had recently become interested in the Brazilian records of Elizete Cardoso (for whom Fischer wrote this record’s “Elizete”) and Joāo Gilberto as well as the music of obscure Mexican pianist and composer Mario Ruiz Armengol, who is credited with five of the album’s 12 tracks. Mexico and Brazil, released in August 1962 (at the same time as Time for 2), is a lesser and unusual Tjader record, but not one without its charms. Despite the invention within, Ardeen de Camp’s ill-advised vocals on several tracks place the disc uncomfortably in the easy-listening exotica domain of Martin Denny or Arthur Lyman – something that would not at all appeal to Tjader fans. But the album’s opener, “Vai Querer” and its closer, Laurindo Almeida’s magnificent “Chôro e Batuque” (first heard on a 1960 album by the guitarist – and issued as a single with the title “Weeping Bossa Nova”), are surely the album’s highlights. Almeida, an early promoter of the Bossa Nova, guests on this album and his appearances on such tracks as “So Ė Tarde, Me Perdôa,” “Nāo Diga Nada” and “Tentaçāo do Inconveniente” make this music absolutely worth hearing. (Reissued on CD in 2000.)

Posted by Douglas Payne at 6:33 PM