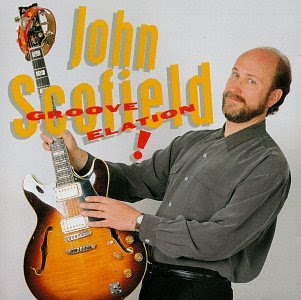 This tremendous 1995 recording features the great, great John Scofield on guitar with Larry Goldings – who has never sounded better - on organ and piano, Dennis Irwin (who first worked with Scofield on a 1984 Bennie Wallace recording) on bass and, notably (VERY notably), Idris Muhammad, in his only (!) recording with Scofield to date, on drums.

Coming after a number of the guitarist’s funkier recordings, including Hand Jive (1994), and predating the more renowned A Go Go by a couple of years, this, the last of his Blue Note albums, might very well be one of the best albums John Scofield has ever recorded under his own name – funky or otherwise.

The program is especially well composed. The playing is exceptionally strong. So are the exquisitely performed solos, which, like the best of John Scofield’s work sound nearly composed in their brilliance.

And the compositions – all by the guitarist – are some of his best and most memorable. Occasionally “sweetened” by Don Alias on percussion and a brass section including Howard Johnson, Steve Turre, Billy Drewes and Randy Brecker, this is one for the books and one of the few John Scofield solo albums (Lord knows how many important sessions he has contributed to) that stand the test of time.

For the record, Scofield covered this album’s “Peculiar” on the 1999 Ulrick/Scofield/Danielsson/Erskine album Shortcuts and his recent 54 with Vince Mendoza (which also features this album’s “Carlos”). The rest of Groove Elation’s tunes deserve to be as known – or better known.

Searching for the Ultimate Dating Website? Join and find your perfect date.