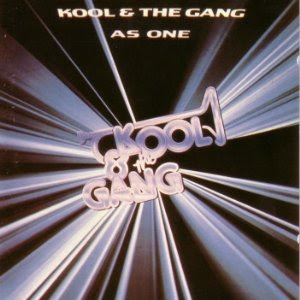 The music got a lot more basic and catchy than this hugely talented musical aggregate was used to. Unfortunately, so did the music of so many of their peers at the time like Earth, Wind & Fire, The Commodores, Ohio Players and so many others.

The great and hugely talented Eumir (“2001”) Deodato was helping guide the group’s success at this point as producer and arranger. With all his skills (he’s much more a talented music colorist than he’s ever been given credit for), he helped KATG simplify their grooves. It was great for sales. But it was probably not so terrific for the talented musicians’ credibility (or ego).

But the group finally took things in its own hands by the time of this 1982 single release. “Let’s Go Dancing (Ooh La La La)” is a rather simple faux-Reggae number that has equal parts basic rhythm and joy in it to sustain it as an R&B-lite dance staple.

It’s really more of a childlike disco number – not quite Reggae, not quite soul, but quite cute and immediately appealing. The group crafts an instantly catchy little melody with easily sing-along words. And, still, it can hardly be bested. Come on, you’ll be singing “ooh la la la” for days!

I loved this in 1982 and it still never fails to satisfy in its melodic and rhythmic pleasures. Ooh-la-la-la, let's go dancing. Ooh-la-la-la, reggae dancing.
Posted by Douglas Payne at 11:07 PM

This song always gives me a good mood, especially on a sunny day like today!