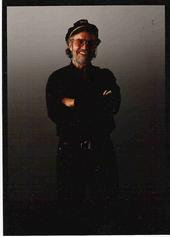 While Don Sebesky often receives the credit - or the blame - for "the CTI sound," he was not the only arranger who shaped that sound which has come to dominate not only 1970s jazz, but that noise that is now highly revered among crate diggers, samplers, DJs and fans of the last great wave jazz has experienced.

Bob James and Joe Beck, too, have arranged their share of CTI classics. But it is David Matthews who came to define the last half of CTI's glory years, 1970-1978. Beginning in 1975, after a stint behind James Brown, Matthews was brought to CTI and almost immediately began to make a noticeable impact.

David Matthews was born on March 4, 1942, in Sonora, Kentucky, but grew up in several different places in Kentucky, mostly in and around Louisville. As a child, he started playing trumpet and developed an interest in jazz during his teens. He attended The College Conservatory of Music, which is now part of the University of Cincinnati, and received a Bachelor's degree in composition.

After a stint playing military bases in Europe, Matthews established himself in Cincinnati, where he eventually met James Brown, who offered Matthews his first recording gig, something "underground" (or "psychedelic"), which became known as The Grodeck Whipperjenny - the title was supposed to sound meaningfully meaningless.

Matthews went on to replace Pee Wee Ellis (who also went onto to work at CTI) as Brown's arranger and musical director until 1975. During this time, Matthews also arranged albums for Buddy Rich, Mark Murphy, O'Donell Levy, Blue Mitchell and David Sanborn.

Creed Taylor brought David Matthews, who is now often confused with another popular musician of the same name, to CTI in 1975. There, he crafted a notable body of work that probably reflects the era's musical flavors (disco, etc.) more than the work his predecessors provided for the label.

Even though no slur is intended by this author, that factor probably dates more of Matthews' work for CTI than the other arrangers' who crafted charts for CTI. But there's no doubt that this is exactly what Creed Taylor wanted: the musical and saleable funk Matthews brought to the James Brown band. Indeed, much of Matthews' best work successfully combines a love of jazz with an ability to craft a good groove.

After leaving CTI in 1978, when the label was undergoing burdensome financial troubles that would more or less finish it, Matthews went onto record a slew of records for mostly Japanese labels under a variety of guises including Japan's number one selling jazz group, the Manhattan Jazz Quintet, the Manhattan Jazz Orchestra, Electric Birds, The First Calls, David Matthews Orchestra, N.Y. Friends and, of course, those under his own name.

These are David Matthews' CTI masterpieces, which live on among his greatest all-time work. 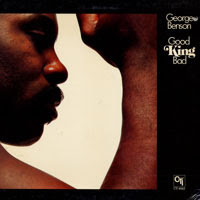 Good King Bad by George Benson: My introduction to David Matthews, and also one of George Benson's finest albums, bar none, if for no other reason than the mesmerizing take on Vince Guaraldi's "Cast Your Fate To The Wind." Jazz just doesn't get better than this, with signature and utterly memorable solos from both Benson and flautist Joe Farrell. Two strong Matthews compositions are featured here, "One Rock Don't Make No Boulder" and "Siberian Workout." Philip Namanworth's "Em" - which comes out of a band called the Electro-Harmonix Work Band (that includes someone named Mike Matthews…a relation?), is another high point. So is Matthews' arrangement of Eugene McDaniels's "Shell of a Man." With no slight intended toward Don Sebesky, Claus Ogerman or Quincy Jones, no other arranger has ever inspired Benson to this high level of creativity. Truly an unequivocal masterpiece, Good King Bad seems to represent all that George Benson stands for as a musician - and all that Matthews can do as a musical conceptualist. Also just as good is the album full of outtakes from these sessions that Creed Taylor issued in 1983 as Pacific Fire (never on CD), which features an alternative take of "Em." He thought it was a mistake. I think it's all just as brilliant as Good King Bad. 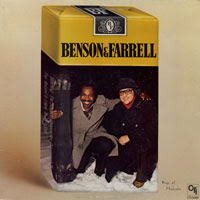 Benson & Farrell by George Benson and Joe Farrell: This beautiful, near-perfect pairing of guitarist George Benson, in his last CTI recording, and flautist Joe Farrell, is sumptuous fusion jazz at its very best. Benson and Farrell are matched so perfectly here, it’s a wonder it didn't happen sooner - or more frequently (despite their beautiful collaborations on Benson's previous Good King Bad). Matthews wrote five of the six songs, including the bracing "Camel Hump" (with Farrell adding a soprano solo) and an above-average arrangement of "Old Devil Moon," on this regrettably forgotten album. All are worth hearing. But "Flute Song," which can also be heard in a slightly different Matthews arrangement on Art Farmer's 1977 CTI album Something You Got, is pure magic. A keeper.

Tico Rico by Hank Crawford: Hank Crawford recorded many albums for the Atlantic, Kudu and Milestone labels during his career, but very few on any label that had more than one or two great tunes. This is one that is terrific from start to finish, with Crawford in perfectly bluesy and swinging form, driven by Matthews's superb, yet simplified, electrifying charts. If a soloist is only as good as his arranger, then Matthews is probably the best Crawford ever had (and Crawford was the guy who arranged for Ray Charles!). Tico Rico - which has never been issued on CD - is undoubtedly their best work together. There is a high quotient of Matthews originals here, all quite good too: "Tico Rico," "Lady Soul," the late-night blues of "Lament" and the grooving drive of "Funky Rooster." Eric Gale, a perfect compliment to many a Hank Crawford record, solos magnificently on the title track, the sensational take on the Beatles' "I've Just Seen A Face," "Lament," "Funky Rooster" and pretty much throughout the rest of the record. Cliff Carter is on keyboards here, but sounds an awful like Gale's Stuff-mate Richard Tee. Flautist Jeremy Steig is featured on the title track and the invigoratingly funky, yet too-silly titled "Funky Rooster" (a follow-up to the pair's earlier "Funky Pigeon," but probably meant to have some corollary with the era's "Disco Duck"). Matthews and Crawford deliver two terrific covers here, a lovely reggae take on The Beatles' "I've Just Seen A Face," which must have seemed an odd choice to cover in 1977, and one of the least corny takes of "Teach Me Tonight" ever heard. Matthews provides an alluring, romantic underscore that Crawford simply sets alight. A fine achievement for both Hank Crawford and David Matthews.

Dune by David Matthews: This 1977 album is, perhaps, Matthews's most singular statement of artistic greatness. You probably don't know anything about it because of producer Creed Taylor's insistence to tie the album to Frank Herbert's 1965 book Dune (which hadn't been turned into a film until 1984) - using Star Wars-styled typography. Matthews objected. But Taylor insisted. And Herbert, who died in 1986, sued this brilliant musical journey right out of existence - despite the music having absolutely nothing whatsoever to do with Herbert's work other than some obscure title cops. Dune, though, is magisterial; undoubtedly one of composer, arranger and producer David Matthews' very best. Side one is a tremendously exciting Matthews suite featuring excellent turns by star soloists such as Grover Washington, Jr. (the oft sampled "Sandworms"), David Sanborn ("Song of the Bene Gesserit"), Hiram Bullock and Eric Gale. The original LP's second side features several space-related covers, all expertly, if not astoundingly, arranged by Matthews, the surprisingly sumptuous "Silent Running" (the 1972 movie theme by Peter Schickele, aka P.D.Q. Bach, and host of NPR's Schickele Mix), the odd-choice of Bowie's "Space Oddity" (featuring the negligible Googie Coppola on vocals and Matthews's remarkably beautiful string work, which must be heard to be believed) and two inevitable covers from John Williams' Star Wars, both of which were issued on 45 at the time - and both far more engaging than the huge Meco single of the time. An absolutely essential part of CTI's iconography and David Matthews' vast discography. 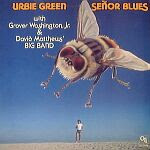 Senor Blues by Urbie Green: By this time, Urbie Green had recorded countless sessions, quite a few solo albums on the Command and Project 3 labels (including a 1974 album arranged by Claus Ogerman) and was Antonio Carlos Jobim's trombonist of choice (he's spectacularly subtle on all of Jobim's Creed Taylor productions on Verve, A&M and CTI). But by the time of his second and last CTI album, he remained unknown - even to hardcore jazz fans. Senor Blues should have changed all that. But tremendous as it is, it didn't. David Matthews provides sterling charts for Green, but sadly no originals. Whether guided by his artistic temperament or Taylor's command, Matthews was trying his hand at a large scale jazz sound that harked all the way back to the early 1960s dates Taylor helmed at Verve (check out Art Farmer's less successful Something You Got for additional evidence). By 1977, these sorts of things had completely gone away, sublimated by electrified fusion (at the major labels) or acoustic small group jazz (at the small labels). Green and Matthews concocted a menu that doesn't sound appetizing at first, but is scintillating upon listening, including jazz classics like Corea's "Captain Marvel," Mingus' "Ysabel's Table Dance," Silver's "Senor Blues" and recent pop covers of "You Are So Beautiful," "I'm In You" and a stunning take of Stevie Wonder's "I Wish" (featuring an early cameo by John Scofield), which is easily enjoyed over and over again. Grover Washington, Jr. is beautifully positioned throughout to compliment Green's munificent and mellifluous stylings. It's a shame that Senor Blues didn't make Urbie Green the star he deserves to be. This is a buried treasure in David Matthews' catalog as well.

Arnaldo DeSouteiro said...
This comment has been removed by the author.
1:57 AM

Hi Doug,
Congrats for the blog. I really love your writing!
It's interesting to note that "Good King Bad" won a Grammy in 1976 for "Best Rhythm & Blues Instrumental Performance" (sadly, the last Grammy for CTI). That very same year, Benson got other Grammy awards also for "Breezin'" (Best Pop Instrumental Performance) and "This Masquerade" (Record of the Year).
Keep jazzin',
Arnaldo

Thank you for the DAVE MATTHEWS
bio. I had never really known all
that he had done!

I met him in NYC when I was there
with ESTHER PHILLIPS in March of 1984 as she recorded her last official recording--A WAY TO SAY GOODBYE!

ESTHER PHILLIPS called on SHIRLEY
ALSTON REEVES (THE ORIGINAL LEAD
SINGER of THE SHIRELLES) to help
her with her song list. They
talked and sang the songs over the
phone and also to MATTHEWS so he
would know what they were after!

It was a memoreable time and a
fantastic recording!

If ESTHER PHILLIPS had lived to
see her recording released, SHIRLEY
would have been on that recordng
also.