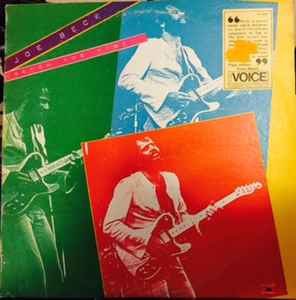 ”Beck is power music which threatens as much throbbing vengeance as Zep or The Who. In fact, Joe, who used to work in the studio with Frank Sinatra and Burt Bacharach, is still hungry enough to sound like a Jimmy Page reborn…”

So says Perry Meisel of the Village Voice on the promotional sticker originally affixed to Joe Beck’s album Watch the Time. But any one expecting something like the name drops there will be disappointed by what’s here. Chances are, though, hardly anyone noticed anyway.

This schizophrenic record came out in March 1977 after a pair of hit albums Joe Beck arranged for Esther Phillips and in between two especially disparate albums the guitarist waxed with fellow guitarist Larry Coryell. In that year, Beck also produced and arranged music for Frank Sinatra and Gloria Gaynor. That’s a crazy catalog of recordings in and of itself.

Taken together, this group of recordings – none of which is especially memorable – reflects the way the music industry was struggling to find meaning and relevance at the time. It also paints yet another murky portrait of a particularly talented musician and composer who couldn’t figure out how or where he belonged in any of it. While most were looking for a hit, Joe Beck seemed in search of a fit.

In broad terms, Watch the Time comes off as a pop-rock and fusion hybrid. The pop seems informed by the prog-turning-pop of Kansas, Styx, Journey and, umm, Pablo Cruise (remember them?). The fusion seems to come out of period Santana and Return to Forever. If this band of influences suggests something potentially compelling, Joe Beck doesn’t find a way to harness it to good effect.

Throughout, Beck assays the multiple facets of his brand of guitaring. But it’s only on the all-too brief “Dr. Lee” where Beck’s once-familiar Hendrix-isms rise to the fore. Otherwise, Beck’s guitar competes with rock vocalist Tom Flynn, who sounds a lot like labelmate Rainbow’s Graham Bonnet, leaving Beck to sound like a session player on his own album.

Unfortunately, there’s little if any consistency among the radio-friendly numbers here. There’s the blue-eyed soul of Bobby Scott’s “Happy Shoes,” the album’s first of two singles. Beck seemingly pulled the song from an obscure 1966 Gloria Lynne album, which Scott partially produced and arranged (Beck would later cover Scott’s better-known “A Taste of Honey” on 1991’s The Journey).

Then there’s the power pop of the anthemic “Stand Up and Be Somebody” (the album’s second single and the first of two Michael Brecker appearances here on “saxaphone” [sic]) and “Now’s the Time,” which is anything but the Charlie Parker standard. Then there’s the funky “L.O.V.E.” and the disco-rock of “Watch the Time,” neither of which is particularly dance-worthy yet both are surprisingly earworm-y.

Beck’s guitar wanders in and out, often much like the guitar on Rupert Holmes’ “The Pina Colada Song,” as though called to provide scenic or sonic backgrounds.

The album’s highlights are surely those fleeting moments when Beck (finally) puts himself up front. Chief among these is Beck’s bluesy “Ain’t it Good to Be Back Home.” Here, he seems to deliver a one-two punch of Carlos Santana trading fours with Jimi Hendrix. For my money, “Ain’t it Good” is Beck’s single best composition. It’s certainly one that he played with more frequency than any other.

Beck would later re-record the tune as “NYC” for his 1984 disc Friends, on which Michael Brecker takes the lead. Apparently, Beck first waxed the tune as “Ain’t it Good” – with David Sanborn in the lead – in 1975: it was added as an extra to the 1987 domestic CD reissue of Beck & Sanborn. 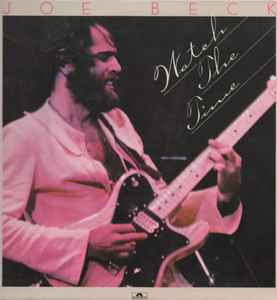 ”Polaris” is an astute fusion burner that may well showcase Beck’s best performance on the album. The song crosses early Mahavishnu Orchestra with later Return to Forever and yields engaging performances from both Beck and Brecker, who solos on an electric sax that sounds as though it’s filtered through a guitar synthesizer.

Finally, “Dr. Lee” is a funky rocker that gets closer to what this listener wanted to hear from Watch the Time. But it comes at the very end – and at an even three minutes, its duration is shorter than any of the album’s pop tunes. There are echoes here of Max Middleton’s ode to Led Zeppelin, “Led Boots,” heard on Jeff Beck’s 1976 classic Wired (1976), seemingly one-upping Beck by taking these boots to eleven. But then it ends before Beck can take it to more interesting places.

(Curiously, the cover images of Joe Beck on Watch the Time seem to look an awful lot like Jeff Beck as pictured on Wired. Coincidence?)

Watch the Time “(l)acks personality,” wrote the AOR radio tip-sheet Walrus! at the time. “Joe Beck, fine studio player, has yet to decide who he is musically. R&B and blues based rock & roll and various jazz ideas are simply to [sic] broad a gap to be housed on one album, even when the tracks are good enough individually.” Indeed.

After Watch the Time, Joe Beck paired with Hungarian guitarist Gabor Szabo in a dynamic quartet that was captured live at Montreux in 1979 – a recording that has, sadly, yet to be released.

Beck also waxed duo discs with Hungarian guitarist Attila Zoller and American bassist Red Mitchell – both of whom, like Szabo, were ex-pats at the time. Joe Beck was not a literal ex-pat as those three were, but certainly a musical one, then only occasionally returning to the jazz home he wouldn’t find a place in till years later.

He would go on to work in the lucrative world of commercial jingles, where he wrote and recorded for such brands as Panasonic, Chevy, Durkee and Lysol. This gave him the freedom to more or less discover himself by gigging around New York City with others or on his own.

Joe Beck wouldn’t release an album under his own name again until 1984’s Friends (DMP), which reunited him with Michael Brecker, keyboardist Don Grolnick and drummer Steve Gadd (who played on the CTI Joe Farrell albums that featured Joe Beck). Beck waxed a string of discs for DMP that found a focus, consistency and even an energy that finally hit its stride with Beck’s 1991 disc The Journey.

Beck landed another fine disc with Finger Painting in 1995 and recorded a series of sublime trio outings for the Japanese Venus label and, later, Whaling City Sound, which issued his final recordings, including a marvelous duo album with fellow guitarist John Abercrombie.

Watch the Time is a time capsule marking an especially strange period in jazz. That’s hardly the fault of Joe Beck. Rock had lost much of whatever edge it gave to the fusion movement in the early seventies. Much of what was then called “jazz” was increasingly fusing with the rising popularity of disco – which Beck exploited himself in his 1975 Esther Phillips hit “What a Diff’rence a Day Makes.”

Despite coming out in the shadow of George Benson’s phenomenally popular 1976 hit Breezin’ - which Beck nods a bit toward on “Stand Up and Be Somebody” – Watch the Time is hardly alone, splashing about in the deep end of what passed for jazz in 1977.

Tellingly, nothing fellow former CTI hit-makers Freddie Hubbard, Joe Farrell, Johnny Hammond or Deodato put out in 1977 matched the success, savvy or mere interest of their earlier work on CTI – putting Beck in storied and, likely, equally baffled company. (Notable exceptions to that 1977 rule are Stanley Turrentine’s Nightwings and Chet Baker’s You Can’t Go Home Again - both, to these ears, superb studio records.)

Perhaps the only memorable – or easily recalled – “jazz” that came out of 1977 is Chuck Mangione’s “Feels So Good,” which hit number 4 on Billboard’s Hot 100 in June of that year. Mangione’s breezy confection also laid the ground for the onslaught of what later came to be known as “smooth jazz” – a road travelled far less successfully by Beck himself in his earlier Beck.

Little wonder, then, that Watch the Time fell through the cracks. The disc, despite its brief pleasures, bides its time as much as mistook the times. But Watch the Time is a record that successfully shows all the directions a guitarist who could hold his own in rock, pop, jazz and fusion could take. One could merely wish he zeroed in on just one or two such directions here.

Posted by Douglas Payne at 8:25 AM