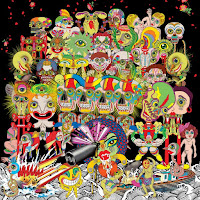 Joseph Lanza’s delightfully entertaining Easy-Listening Acid Trip (2020) superbly chronicles the psychedelic transformation of the mid to late-sixties pop of Beatles, Donovan, the Beach Boys and others into the easy-listening other-worlds of such long-forgotten mood makers Ferrante & Teicher, the 101 Strings, the Hollyridge Strings, Mariano and the Unbelievables and the anonymous artisans behind the reviled system of music known as Muzak.

Considering the former list of names is likely better known than the latter (which also includes the slightly better-remembered Percy Faith, Ray Conniff and Bert Kaempfert), it is amazing the sheer volume of easy records made in the sixties and seventies – and their genuine popularity back in the day.

Lanza makes a solid case for the defense in the lasting value of these musical transformations, even going so far as to provide evidence that some of the same people behind the hip hits (H.B. Barnum, Beatles producer George Martin and Galt Mac Dermot, to name a few) ingeniously crafted their own easy-listening variations.

The same could be said of jazz players. Many of the folks who played on the pop hits of the day – most notably, the Wrecking Crew in L.A., the Memphis Boys in Memphis and New York session players like Eric Gale and Richard Tee – were also featured on the jazz covers of the hit songs.

Additionally, players in the orchestras of Henry Mancini and Bert Kaempfert effortlessly switched between jazz and the easy world, often without a second thought or judgment against either.

Even though it was never his mission, Lanza skims the surface of jazzers who lightened up their load with the melodically intoxicating psychedelic pop of the day. That hardly reflects badly on the author’s entertaining and informative celebration of psychedelic music, but it helps avoid the uncomfortable discussion of how this music began to change jazz and the way it was perceived.

Another book could be written about all that. Unfortunately, most histories revel in the “transformation” by Betty Mabry’s turning on Miles Davis to Sly Stone. But the shift happened well before that. Miles – or his fans or his publicity machine – just made it sound cooler. 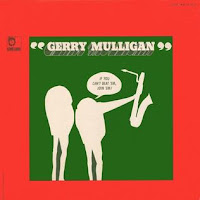 Miles’s fellow Birth of the Cool ”innovator” and, later, cool-jazz icon Gerry Mulligan named his 1965 album If You Can’t Beat ‘Em, Join ‘Em!, acknowledging that the rise of rock was out-popularizing the art of jazz, be-bop, cool, modal or otherwise. There, Mulligan covered “A Hard Day’s Night” and “Mr. Tambourine Man,” among others, suggesting, however reluctantly, that he might be open to the new sounds commanding the attention of the record-buying public.

He didn’t stay here for long, though; trying to accommodate, he tiptoed through the new sound, never really finding any sort of footing.

The year before, Hammond B-3 player Shirley Scott and arranger/vibraphonist Gary McFarland (separately) were among the earliest jazzers who realized the Beatles had something to offer to jazz. Around the same time, out of fashion or necessity, West Coasters Bud Shank and Chet Baker opened their minds to the new wave of rock overtaking their otherwise staid retreads of Broadway and Tin Pan Alley tunes.

While Joseph Lanza never set out to consider jazz in any way, his excellent book inspired me to chronicle those in jazz who mined much of the same material. There were many. 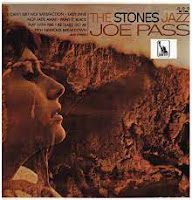 The final 30-some pages of Lanza’s book examine the “50 Psychedelic Favorites Refurbished.” It is a collection of the fifty most prominent mod pop in Lanza’s estimation (some like “Paint it Black,” that had jazz or easy transformations, are missing) that were covered by the mood maestros and easy orchestras. Lanza’s text and his breezy wit makes you want to track these easy covers down.

The occasional jazz guy, like Gabor Szabo or Kai Winding, get an easy nod from Lanza. But it’s not nearly enough. Guitarist Joe Pass waxed the all-Rolling Stones program The Stones Jazz in 1967 (David Matthews’s Manhattan Jazz Orchestra issued its all-Stones disc, Paint it Black, in 1996). Producer Creed Taylor had guitarist George Benson pay tribute to just one Beatles album with The Other Side of Abbey Road (1969).

Band leader Count Basie put out a Beatles tribute album in 1970 (with endorsements from no less than George Harrison and Ringo Starr) while Sarah Vaughan waxed her Beatles tribute in 1981 (backed by Toto, of all people). 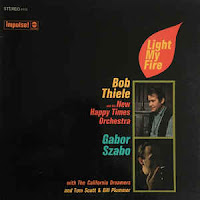 As recently as 2020, the Impulse! label put out A Day in the Life: Impressions of Pepper (pictured above), a remarkable set that finds a new generation of jazzers like Antonio Sanchez, Mary Halvorson, Makaya McCraven and Brandee Younger reimagining the iconic Sgt. Pepper’s Lonely Hearts Club Band for a new generation of Pepper poppers.

Oddly, though, while Lanza’s psychedelia favors the Beatles and the Beach Boys, both of whom are well-represented in the easy and jazz fields, the extraordinarily melodic Donovan gets surprisingly short-shrift in jazz.

A while back, I went through a phase where I discovered the appeal of Donovan’s imaginative, nearly folksy music and determined to locate the best Donovan covers in jazz. All I really found was “There is a Mountain” by Herbie Mann or Joe Jones and Gabor Szabo’s “Sunshine Superman,” “Three King Fishers” and the extraordinary take on the too-little known “Ferris Wheel.” 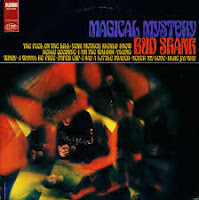 On the other hand, arranger Don Sebesky dipped his technicolored pen into the psychedelic-pop ink pool on a number of exciting occasions. Even though he was chided for his “sweetening,” he often did the music proud. 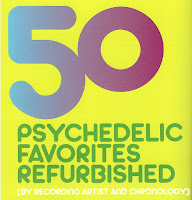 That said, here are the rest of Joseph Lanza’s “50 Psychedelic Favorites Refurbished” as heard by those in jazz who decided to “join ‘em” as they skip the light fandango through the marmalade skies: 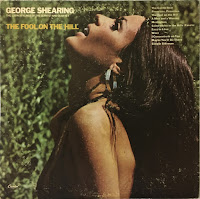 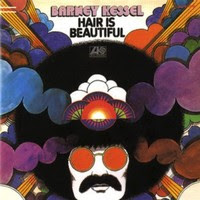 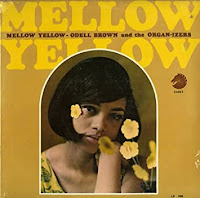 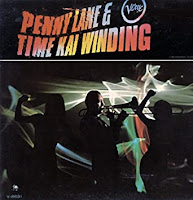 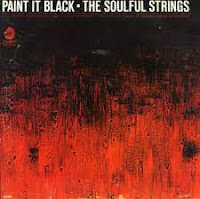 Years after the acid-trip hangover yielded to Watergate, Reagan, Thatcher and other such bonfires of vanity – not to mention the unlikely morphing of easy listening and jazz into the Stay-Puft monster that is Smooth Jazz – a new generation of jazzers tuned out Tin Pan Alley and turned on to The Beatles.

Jazzy Beatles tributes appeared by the L.A. Workshop (with Tom Scott) on two volumes of Norwegian Wood (1988 and 1989), the GRP set (I Got No Kick Against) Modern Jazz, Bob Belden Presents Strawberry Fields (1996), two volumes of “Beatle Jazz” (with David Kikoski, Charles Fambrough and Brian Melvin) (2000-01), the David Matthews band Manhattan Jazz Quintet’s Come Together (2005), Al Di Meola’s All Your Life (2013) and Bill Frisell’s John Lennon tribute All We Are Saying… (2011).

Posted by Douglas Payne at 9:41 AM