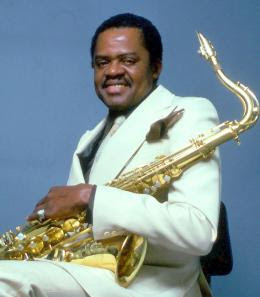 Of all the pop music in Stanley Turrentine's four-decade discography, Motown doesn't take up too much space in the catalog. In fact, it probably ties out with Turrentine's coverage of Burt Bacharach or Aretha Franklin's material.

But during this period, which roughly starts in 1964 with the soulful tenor's recording of The Beatles' "Can't Buy Me Love" (from Mr. Natural) and probably runs through 1987's Stevie Wonder tribute Wonderland, Turrentine's Motown covers turned out to be the most interesting and memorable of the pop music covers he did record. 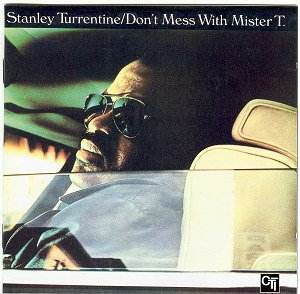 The best known of these is, of course, the beautiful "Don't Mess with Mister T," the title track to Turrentine's 1973 CTI album. It became a hit for "The Sugar Man" and even earned him a new nickname. The song, which comes from Marvin Gaye's superb 1972 soundtrack album Trouble Man, was perfectly suited for Turrentine and, like his other signature hit, "Sugar," he played it throughout the remainder of his career.

Turrentine covered the song again on his 1995 MusicMasters CD T Time but he also covered such well-known Motown hits as Marvin Gaye and Tammi Terell's "Ain't No Mountain High Enough" (recorded in 1967 and issued on the 1979 LP New Time Shuffle and the 2008 CD Return of the Prodigal Son), Stevie Wonder's "Yester-me, Yester-you, Yesterday" and "My Cherie Amour" (from 1969's Flipped - Flipped Out), Stevie Wonder's "Evil" (from 1974's Pieces of Dreams, Marvin Gaye's "I Want You" (from 1976's The Man With The Sad Face) and an entire album saluting Stevie Wonder's compositional brilliance in the Ronnie Foster-arranged Wonderland (Blue Note, 1987).

The pop quotient in Turrentine's music increased rather notably during the saxist's Fantasy period (1974-80) and continued through most of his Elektra period (1979-82), though, strangely, hardly any Motown material was covered during this time. Unfortunately, dreck like Eric Carmen's "All By Myself," David Soul's "Don't Give Up On Us" and England Dan and John Ford Coley's "Love Is The Answer" was.

Perhaps it is because the Motown label, despite its huge hit (and extensive coverage of) Stevie Wonder's magnum opus Songs in the Key of Life, was struggling to adapt its Hitsville, USA-sound to the emerging disco market - although several excellent disco hits, including Marvin Gaye's "Got To Give It Up," did quite well for the label.

But in absence of this, Turrentine - thanks to his success at CTI - had the clout and the ability to partner with several arrangers that actually helped create the Motown sound - Gene Page, Wade Marcus and David Van De Pitte.

Page helmed four of Turrentine's albums, including Pieces of Dreams (Fantasy, 1974 - including the title hit), In The Pocket (Fantasy, 1975), Have You Ever Seen The Rain (Fantasy, 1975 - which was issued on CD as part of On A Misty Night) and Betcha (Elektra, 1979). In addition to reaping additional fame and fortune for his work with Barry White and the Love Unlimited Orchestra and scoring (quite well) Elton John's "Philadelphia Freedom," Page continued to work on the Motown releases of Diana Ross, The Jackson Five, The Supremes, Smokey Robinson and others throughout the remainder of the 1970s.

The albums Gene Page arranged for Stanley Turrentine, however, tend to be a little snoozy and over-arranged and after "Pieces of Dreams" (which Turrentine first recorded for CTI with a gorgeous Bob James arrangement), it was all downhill. Of course, Turrentine is magnificent and soulful throughout. But Page and Turrentine aren't a particularly compatible match. Though no doubt soulful, Page wasn't terribly experienced in jazz and while what Turrentine is doing here is quite commercial, it's a rather uncomfortable mix. Something in Page's soapy foam almost drowns Turrentine on these albums - something not thought possible with a voice as mighty as Stanley Turrentine's. 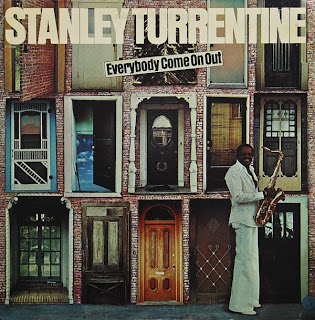 Turrentine first partnered with Wade Marcus on the surprisingly likable Everybody Come On Out (Fantasy, 1975), providing a more suitable environment for Turrentine's groove. Marcus' Motown work is extensive, though not especially well documented, but includes Marvin Gaye's M.P.G. (1966), the Four Tops' Soul Spin (1969), Diana Ross and the Supremes' Cream of the Crop (1969, including "Someday We'll Be Together"), The Supremes and The Four Tops' The Magnificent 7 (1969), Smokey Robinson and The Miracles' Season for Miracles (1970), The Spinners' 2nd Time Around (1970), Stevie Wonder's Signed, Sealed & Delivered (1970), Marvin Gaye's That's The Way Love Is (1970), The Return of The Marvelettes (1970), The Miracles' City of Angels (1975), Leslie Uggams (1975) as well as many other Motown acts including Gladys Knight and the Pips, David Ruffin, Chuck Jackson, The Originals, Hearts of Stone and others. Marcus was also more experienced in jazz than Page, adding soulful touches to albums by former Turrentine associate Grant Green (the excellent Shades of Green and Marcus' Blaxploitation soundtrack The Final Comedown) and even Miles Davis ("Red China Blues").

Recorded in March 1976 with the cream of L.A.'s finest session men, including Joe Sample, Lee Ritenour, Paul Jackson, Harvey Mason and Bill Summers, Everybody Come On Out, approaches pure joy. It is jazz in its most commercial sense, but with more purpose than most of the stuff coming out at the time, particularly from Turrentine. Opening with the Headhunters-meets-Dave Grusin groove of the excellent Wade Marcus title cut, the album offers more than its share of highlights, including Pamela Turrentine's "There is a Place (featuring Lee Ritenour, who factored on several Motown albums from the late 1970s), Jimmy Cliff's "Many Rivers To Cross" (featuring Joe Sample) and the oddly beautiful "Airport Love Theme." The inevitable pop covers go from plausible (the Gamble-Huff tunes, The O'Jays' "Stairway to Heaven" and Harold Melvin and the Bluenotes' "Hope We Can Be Together Soon") to somewhat regrettable (Eric Carmen's "All By Myself," 10CC's "I'm Not in Love"), even though Marcus and Turrentine find a way to redeem these most appropriately. Marcus knows when to add horns, strings or both without ever compromising the leader's voice. Indeed, Marcus is an ideal accompanist for Turrentine, adding soulful pinches here and there as accents, without ever sweeping the saxist away on gossamer wings. Worth it for the title track alone.

Marcus would go on to arrange Turrentine's Inflation (Elektra, 1980) and Use The Stairs (Fantasy, 1980 - which was issued on CD as part of On A Misty Night) and score ever greater success as the arranger behind hits by Marilyn McCoo and Billy Davis, Jr, The Sylvers, Peaches and Herb, A Taste of Honey and, most notably, Yvonne Elliman's "If I Can't Have You" and The Tavares' "More Than A Woman" from Saturday Night Fever. 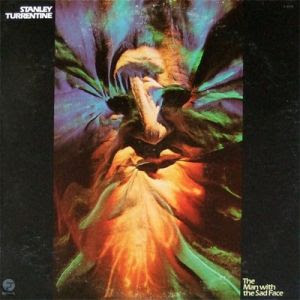 Little known arranger David Van De Pitte has racked up no other jazz credits than this one album with Stanley Turrentine, but he is a rich part of the Motown legacy having contributed arrangements to Diana Ross' Everything is Everything (1969), Diana Ross Presents The Jackson 5 (1969), the Temptations' Psychedelic Shack (1970), the Four Tops' Changing Times (1970), Smokey Robinson and The Miracles' Season for Miracles (1970), Portrati of The Originals (1970, The Spinners' 2nd Time Around (1970), the Four Tops' Still Waters Run Deep (1970), The Temptations' Sky's The Limit (1971, notably featuring the remarkable "Smiling Faces Sometimes"), The Supremes and The Four Tops' Dynamite (1971), Smokey Robinson and The Miracles' One Dozen Roses (1971), Marvin Gaye's groundbreaking What's Going On (1971 - Van De Pitte's arrangements were also used on Everett Harp's 1995 Blue Note tribute What's Going On), Kiki Dee's Great Expectations (1971), Marvin Gaye's Let's Get It On (1973), Gladys Knight and the Pips' All I Need Is Time (1973), The Jackson 5's Skywriter (1973), and many others I don't know specifically, including Stevie Wonder, Diana Ross and The Supremes, The Marvelettes, Martha and the Vandellas, Jr. Walker and the All Stars, Eddie Kendricks, The Ding Dongs, David & Jimmy Ruffin, Stoney & Meatloaf, R. Dean Taylor. Van De Pitte also contributed arrangements to Funkadelic's America Eats Its Young.

Recorded in New York City in August and September 1976, The Man with The Sad Face, is a fair to middling showcase for the soulful prowess of Stanley Turrentine. A well-programmed mix of disco, R&B and soulful jazz, it is one of the least known album's in Turrentine's entire discography but contains several notable nuggets worth hearing. David Van De Pitte assembles a particularly large cast of horn and string players to accompany Turrentine yet it's often far more than the music needs. The strings, in particular, seem a bit heavy-handed throughout. The rotating cast of session men includes Eric Gale (whose Motown work includes albums for David Ruffin, Diana Ross' The Boss and Grover Washington, Jr.'s Skylarkin'), Cornell Dupree, Motown Funk Brother Bob Babbitt, Ron Carter (on the title track only), Buster Williams (on "Whatever "Possess'd Me" only) and Idris Muhammad (on the title track and "Whatever Possess'd Me" only). Highlights include the pretty decent disco take of frequent Turrentine associate Sonny Henry's well-known "Evil Ways" (with Richard Trifan's bouncy synth, Gale's percolating guitar and Babbitt's groovy bass line), Henry's intriguing "The Man With The Sad Face" (steadied by Ron Carter's undeniable touch) and the funky disco of the Mighty Clouds of Joy's "Mighty High," where Van De Pitte's overly aggressive arrangements seem to work better than usual. Turrentine pleasingly returns to the jazz ballad, where he has always excelled, here on Jobim's "Ligia" and Tadd Dameron's little-known "Whatever Possess'd Me" (originally from one of the composer and arranger's last sessions, a practically unknown 1964 date with Chet Baker) but Van De Pitte's orchestrations nearly drive Turrentine straight into an easy-listening wall. The not surprising pop here includes covers of Low Rawls' "You'll Never Find Another Love Like Mine" and Diana Ross' "Love Hangover" (one of two songs here featuring background vocalists) - though neither tune differs dramatically enough from the originals to merit much attention and Turrentine hardly wavers away from the tunes' well-known melodies. Everything seems to come together on the pair's cover of Marvin Gaye's Leon Ware-penned "I Want You."

Although his musical accomplishments aren't especially well documented, David Van De Pitte appears to have only worked infrequently after this - and no longer at Motown - seemingly disappearing from music altogether in the mid-80s (he does pop up on a 1993 George Clinton CD, however).

The Man With The Sad Face was probably considered a failure at the time - and further fuelled the Stanley-Turrentine-sold-out fire - which is probably why Turrentine never worked with Van De Pitte again after this. But it's a shame. Because despite the album's shortcomings, there is enough good stuff here to suggest that further Turrentine-Van De Pitte collaborations might have worked well.
Posted by Douglas Payne at 5:57 PM