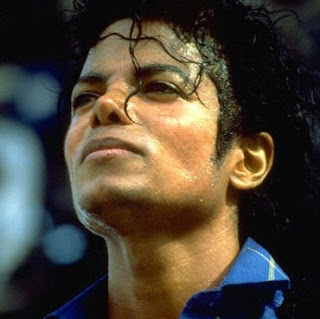 The news screaming across the mastheads of all the online news and entertainment sources like the saddened wail of millions of fans worldwide right now is that popular icon Michael Jackson suffered a heart attack and has died at the age of 50.

This sad and stunning news brings a surprising end to what has been a life of not too many years filled with many very high highs and several lowly lows that must have taken an emotional and physical toll on the man dubbed "the King of Pop." Unfortunately, Jackson's death comes about on the same day as the death of another icon from the 1970s, Farrah Fawcett, who died at 62, having lost a long and painful fight to cancer.

Like many others around the world, I have always had a very special place in my heart and soul for Michael Jackson. The Jackson 5's Greatest Hits was the first non-childrens record I ever got. It was Christmas Day in 1973 when I came downstairs and saw that record in my pile of stuff (mostly clothes) from Santa Claus. I couldn't have been more excited. I didn't even know the album was already two years old.

The music seemed timeless to this ten year old. Reflecting on it now, it's amazing how well all that high-class bubblegum music stands up (from the ironic "it just goes to show" department, I'm listening to tenor saxophonist Gene Ammons' 1973 cover of Jackson's 1972 hit "Ben" right now - Ammons' label, Prestige, also had Boogaloo Joe Jones cover the J5's "I'll Be There" and the great pianist Harold Mabern do a groovy take on "I Want You Back").

I will always remember the photo of the Jacksons on the cover of the album, with handsome Michael proudly standing out in front, staring back at you like you were looking out of your front door's peephole, ready to answer the door as if they just stopped by to visit you. The picture was framed in blue, just like a family portrait would be. I had a huge thing for Michael - probably my first-ever crush - and remember loving the Saturday morning cartoon Jackson 5ive that his little cartoon likeness was featured in.

Of course, the voices in the cartoon weren't really the Jackson 5's. I didn't know that then. But the songs were. Wow. What songs. "ABC." "I Want You Back." "Stop (The Love You Save May Be Your Own)." "Sugar Daddy." "Mama's Pearl." And one of my favorites at the time, "Goin' Back To Indiana." All those grooves - all lit up by that beautiful voice of Michael as a child. That sold me. I had to have this music.

Watching them dance was a gas too. They were all over TV at the time. I recall a guest shot the Jackson 5 did on The Carol Burnett Show in the mid 1970s wherein they played students who convinced their square teacher, played by the hilarious Ms. Burnett, to get hip, getting down to "ABC." At this point, Michael's voice had changed - and so did the Motown sound of their music. I also remember Michael appearing on the Sonny & Cher show a few times. One of the memorable appearances was when Sonny Bono asked the still young Michael what he wanted to be when he grew up. Michael responded with something like "I don't know. Maybe an astronaut. What do you want to be when you grow up?"

The Jackson 5's 1974 hit "Dancing Machine" was fun - the first time disco seeped into their sound - but it didn't seem like the Jackson 5 anymore. And I guess my interests began going somewhere else. I sort of liked 1976's "Enjoy Yourself" - their first record after they left Motown - but I don't think people paid much attention to it or to them at this point.

That all changed in 1978 when the group now calling themselves The Jacksons released the incredible Destiny (Epic, 1978). I seem to recall "Blame It on the Boogie" was the first single. But we never heard anything like that album's dance-floor classic "Shake Your Body (Down to the Ground)." It still mesmerizes me today.

This was a new Michael Jackson, fronting what was clearly his own show. Finally grown into adulthood and seemingly comfortable and in command of his new voice, Michael honed his songwriting skills to perfection and knew exactly how to craft the look, the sound and the feel he wanted. He reconfigured his whole act from cute kid who imitated big people to an adult fully in charge of the music. What he did set trends for years to come.

He confirmed his place in history with Off The Wall (Epic, 1979), one of the most amazing pop albums of all time, featuring the hits "Rock With You," "She's Out Of My Life" and the incredible "Don't Stop (Til You Get Enough)." The album paired Jackson with svengali Quincy Jones, who helped Jackson create a sound that no one had ever heard before (Jones had previously worked with Jackson on the 1978 soundtrack to the movie version of The Wiz, which featured Jackson's take on "Ease On Down The Road" - Jackson starred as the scarecrow along with Diana Ross in the movie). It's hard to believe that this sound just wasn't around before Michael Jackson and Quincy Jones brought it to life in 1979.

Then came Thriller. This 1982 album changed everything. It had a life of its own. I think it still remains the best-selling album of all time. Practically every song on the album was a hit. All huge hits. The stuff was beyond good. The videos revolutionized music videos and were newsworthy themselves. Michael Jackson earned his crown as The King of Pop.

Anything after Thriller would be a let down and while his follow-up, Bad (Epic, 1987) had its moments (including the title hit and its Martin Scorcese-directed video), it was probably unreasonable for anyone to expect Thriller II or something better or greater than Thriller. Thriller is better than anyone could ever have expected. It always will be one of the greatest albums of all time.

After that, Michael Jackson's life came to be less about the music and more about his personal quirks, overly extravagant lifestyle, the unusual changes to his face and his body as he got older, the embarrassing legal troubles and, recently, the tremendous financial troubles. It was a sad end to a life that was so remarkable once upon a time. Jackson was planning performances in London next month and was looking for opportunities to get his recording career back on track. Sadly, it isn't to be.

But, fortunately, as with all great artists - and he was certainly one of the greatest artists of all time, who gave much great entertainment to at least two generations of music lovers - Michael Jackson will be remembered for his great artistry and not the other kinks in the chain of life.

You will be missed, Michael Jackson.
Posted by Douglas Payne at 10:26 PM

Did you know that you can create short urls with Shortest and earn money for every click on your short links.