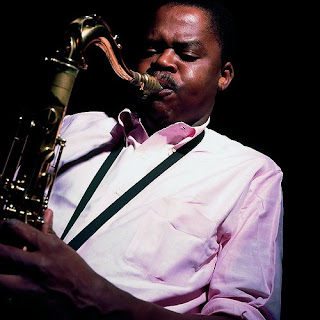 Even before leaving Blue Note in 1969, Pittsburgh native Stanley Turrentine (1934-2000) was often accused of being too commercial. It wasn't an uncommon barb to lurch at any talented jazz instrumentalist who successfully crossed-over and sold some records to non-jazz audiences.

But Turrentine was then accused of scandalously cottoning to popularity once he moved over to CTI Records in 1970. Finally, all jazz purists, critics and naysayers wrote the soulful saxist off completely once he left the CTI label in 1974, scoring his biggest hit ever with "Pieces of Dreams" - which Turrentine had earlier recorded for CTI but which the label opted not to release, causing his departure to the Fantasy label (after Turrentine's Page-arranged version hit, CTI rush released their Bob James-arranged version in 1975).

Despite any number of revisionist straight-ahead records in his discography during the last two decades of his recording career, Stanley Turrentine's jazz credibility shamefully never recovered until after he'd died. It seems Turrentine could never make whatever kind of record the elite all expected of him. Even the late period jazz recordings in his catalog were ignored or dismissed as "crossover" or "cross-back" attempts by the so-called jazz cognoscenti.

The truth is, from his very earliest recordings, Stanley Turrentine consistently followed his instincts toward soulful melodies. It may be a jazz standard, it may be a blues - which many of Turrentine's originals were - it may be an R&B tune, it may even be a Top 40 pop tune (Turrentine was one of the first jazz guys to "stoop" to covering The Beatles in 1964, with performances of "Can't Buy Me Love" from his Mr. Natural album and his wife at the time, Shirley Scott's Queen of the Organ album).

Mister T moved over to the Elektra label in 1979 like several other jazzers who were crossing over to the dance floor and onto Top 40 radio such as fellow Blue Note veteran Donald Byrd, Lee Ritenour - who also featured on several of Turrentine's recordings - and Patrice Rushen. Turrentine recorded four albums of varying exception for the label between 1979 and 1982, and their outright commercialism have wrongly forced them to the fringe of remembrance.

Fortunately, all four albums have been issued on CD and, as it turns out, are worth some measure of revisionist attention. There's a lot of good music here, though, clearly, this is not the best Stanley Turrentine ever did or the place to start if you want to discover the many joys of Stanley Turrentine's music. You'll have to go back to any number of the Blue Note, Impulse or CTI records he made between 1960 and 1973 for that.

What Turrentine's four Elektra albums prove, in all of their commercialized glory, is that the Sugar Man was doing his thing the way he liked, like he always had. It amounts to about two and half hours of solid, soulful music that always swings and communicates to far more people than the few dozen who might want to hear some "real jazz" - whatever that is - at a two-drink-minimum nightclub. 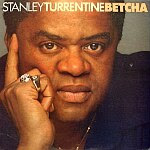 Betcha (1979): Gene Page arranged Stanley Turrentine's first three Fantasy albums during 1974-75 (Pieces of Dreams, Have You Ever Seen The Rain and In The Pocket), so it must have seemed logical that the two should pair up again for Turrentine's Elektra debut. On their fourth and final collaboration together, Turrentine and Page set out a "disco light" groove, getting off to a rocky start with the regrettable covers of Cher's first disco foray, "Take Me Home" (one of the album's single releases), and Todd Rundgren's "Love Is The Answer," made popular the year before by England Dan and John Ford Coley. From there, the vibe never gets out of its easy-listening disco rut: un-funky stuff with a mechanical beat. Things pick up on the lesser known music, notably on the album's otherwise unknown title track, which probably deserved some airplay, L.T.D.'s "Concentrate on You" (another of the album's singles and not the Cole Porter standard everyone mistakes it for). Turrentine contributes a smoochy after-hours ballad called "Hamlet (So Peaceful)" that would be indistinct were it not for the leader's signature sound fronting the emotion that doesn't get whipped up. Frequent Turrentine collaborator Sonny Henry provides three tunes here ("You," "Long Time Gone" and "Together Again") but each comes across as little more than pleasant disco muzak that not even Turrentine is able to salvage. Swathing the tic-tock rhythms with swirling strings, Page has perfected this sort of thing to a gossamer polish and it seems to evaporate into the ether right before your ears, taking Turrentine right out with it. This is not to say it's not worth hearing, even, rather enjoyable. It's just hard remembering any of it once it's done. Issued on CD in 2005 by the Wounded Bird label. 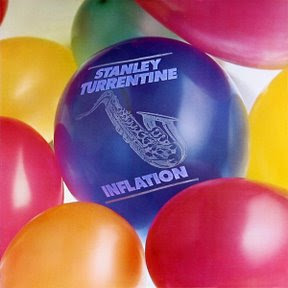 Inflation (1980): Turrentine's second Elektra album is also the saxist's second album with Wade Marcus (1975's Everybody Come On Out was the first). Turrentine and Marcus work surprisingly well together and the two produce an above-average program that appears to be pop-oriented but offers enough soulful melodies and Stanley's expert swing to make it appealing to most jazz listeners. One of the album's key advantages is the two Turrentine originals, the title track and the old-fashioned sounding blues of the saxist's "Is It You." "Inflation" is a particularly good mellow funk track that finds Turrentine swinging hard, sharpened by Marcus' perfectly-chiseled horn section and nice harp accents courtesy of Gene Bianco (a Marcus trademark, also evident throughout "Don't Misunderstand"). Turrentine covers two Isaac Hayes tunes here, the famous - and, at this point, seemingly dated - "Shaft" and the pretty "Déjà Vu," made famous that year by Dionne Warwick. Frequent Turrentine contributor, Sonny Henry (the guitarist in Willie Bobo's band that probably retired on what he earned for writing "Evil Ways"), provides the elegant and straight-ahead "Ghana" here, eliciting a nice solo from pianist Cedar Walton, the only solo on the record other than Turrentine's. Highlights: "Inflation" (the album's first of two single releases, "Déjà Vu" was the other one), "Closer" and the gorgeous cover of Gordon Parks' luscious ballad "Don't Misunderstand" (from Shaft's Big Score - more Shaft!). Marcus would shortly thereafter arrange Turrentine's next album, Use The Stairs, a quieter, jazz ballads-oriented program that seemed to close out the saxist's Fantasy contract. Inflation was issued on CD in 2006 by the Collectables label. 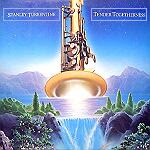 Tender Togetherness (1981): In addition to distinguishing himself as Earth, Wind & Fire's musical director and keyboardist from 1972 to 1983, Larry Dunn helmed a number of successful soulful jazz productions for Ronnie Laws, Caldera, Ramsey Lewis and Twennynine with Lenny White by the time of Tender Togetherness - including one side of my favorite Ramsey Lewis album, Routes (Columbia, 1980). Bringing Dunn on board clearly signaled the need for a new direction and there's no denying this is the most commercial Stanley Turrentine ever got. As EW&F's strongest instrumental components - the Phoenix Horns (on "I'll Give You My Love" and "Tamarac") and Dunn's distinctively agile keyboards - are present here, Tender Togetherness plays like an EW&F album circa 1981, featuring Stanley Turrentine. Pop overrides much jazz here, particularly on the vocal pieces, "I'll Give You My Love," "Cherubim," "Havin' Fun With Mr. T" and "Only You and Me," an early feature for Dianne Reeves. But while it's all pleasant background material, nothing much shouts out past the P-funk-like "Havin' Fun With Mr. T.," the second of the album's two single releases (predictably, the overly-familiar cover of EW&F's 1979 hit, "After The Love Is Gone" was the album's first 45 release). Turrentine is front and center on Dunn's "Hermanos," "Tamarac" and "World Chimes," but none of these tunes are memorable enough to matter much. Turrentine is co-credited as writer on only two tracks, "I'll Give You My Love" and as one of three writers on the all-too-brief duo track "Pure Love (Interlude)," but neither are characteristic or, frankly, all that memorable. Issued on CD in 2005 by the Wounded Bird label. 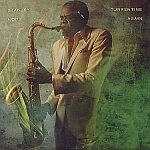 Home Again (1980): Stanley Turrentine's final Elektra album was more or less helmed by songwriter/producer Chuck Jackson, who along with Marvin Yancy co-wrote and co-produced much of Natalie Cole's hit 1970s output. It's hard to say whether Jackson, who by this time had partnered with jazz sax player Azar Lawrence and songwriter Patryce "Chocolate" Banks, was trying to turn his attentions to jazz, but Home Again is Jackson's sole foray into the genre. It's a typical "jazz" album of the day, with lots of electronics and period dance rhythms. But despite it being his first trip down this road, Stanley drives it well and stands tall after all is said and done. The program is slight at best, only enlivened by Turrentine's typically magnificent playing in and around and on top of the groove. Suspiciously, a lot of hands are credited for the arrangements on this confusingly titled album: Tony Coleman, Peter Brown and Tom James arranged the rhythms, keyboardist Todd Cochran, who appeared on Betcha, arranged the synthesizers, and Chuck Jackson arranges the few background vocals that are heard ("I'll Be There"). For the first time in a long time - maybe since the CTI days - there is a notable lack of pop hit covers here, not counting the hardly-known take on Niteflyte's 1981 song "I Knew It Couldn’t Happen" (a vocal feature for Derald Conway). The disco-y instrumental "I'll Be There" was the album's single release, but it's surprising that the better and funkier "You Can't Take My Love," featuring vocals by Irene Cara, didn't get the nod here. It would have done well on the dance floor. Highlights: Turrentine's co-written "Conception," featuring the album's only other solo, presumably by guitarist Bobby Broom, and "You Can't Take My Love." "Paradise," "Blow," "At the Club" and "Gemini" are worth hearing to sample Stanley's beautiful blowing, but as songs they seem to be missing that something memorable and without Turrentine on top, well, just kind of blow. Issued on CD in 2006 by the Collectables label.
Posted by Douglas Payne at 12:10 AM

Below are the most recommended BTC exchangers (BUY/SELL):
Coinbase: $1 min. trade
CoinMama