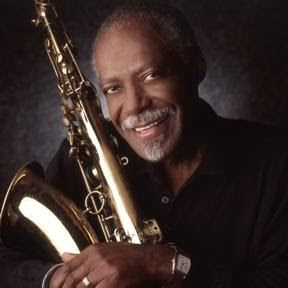 The late David "Fathead" Newman provided prolific evidence of soulful inventiveness throughout his six-decade recording career. But while he always sounded good in any groove, he was always at his best on his own pieces.

Fathead's songs, I've always contended, are the best part of any Fathead album. Quite often, they're swampy blues grooves; simply constructed pieces with easy changes that allow for a truly soulful player like Fathead to expound to his heart's content and always remain endearing and entrancing.

I hesitate to refer to these songs as pieces or compositions. That sounds too formal for the pure, heartfelt exposition that Fathead brings to his own music. But they're better than mere riffs or on-the-spur inventions. Like the best music, there is something catchy and memorable about Fathead's music; something special and notable that's worth proper credit.

Unfortunately, there was never a full album devoted to Fathead's own music. But in this iTunes/iPod generation, it's easy enough to piece together an excellent set of Fathead originals. This list may not cover every Fathead composition or album. But there is something special in these pieces worth collecting and appreciating - often.

Fathead (1958)-1: The classic "Fathead," later called "Shana" on 1982's Still Hard Times and "Chenya" on 1988's Fire! Live At The Village Vanguard, is the sole original here. Lee Morgan also wrote a song with this title for a 1967 Blue Note album with Newman issued later as Sonic Boom. Fathead played this album's first track, Paul Mitchell's "Hard Times," throughout his career, also recording it on Fire! Live At The Village Vanguard (1987), Return To The Wide Open Spaces (1990), Jimmy McGriff's Feelin' It (2000) and as "Still Hard" from Front Money (1977) and "Still Hard Times" from the 1982 album of the same name.

Captain Buckles (1970)-4: Truly the funkiest album Fathead ever made - and certainly one of his best. Includes "Captain Buckles," revised in 2003 as "Fast Lane" on Song For The New Man, "Joel's Domain" (written for producer Joel Dorn), "The Clincher" and "Negus."

Newmanism (1974)-3: One of Newman's best and most distinctive albums - and the second following Lonely Avenue (1972) featuring vibes master Roy Ayers, his star clearly in the ascendant at the time - includes Newman originals "Baby Rae," a blues very much in the Ray Charles "Genius After Hours" mode that pre-dates Newman's later "For Buster" (from Heads Up), "Newmanism" and "Brandy."

Mr. Fathead (1976)-2: Newman's first album away from Atlantic Records (on Warner Bros.), contains the funky "Mashooganah" (featuring Fathead on tenor - and the first hint of his love of the "Goldfinger" theme - check out "Sun Seeds" from Concrete Jungle and the actual theme on Cityscape) and the well-done disco number "Ebo Man" (featuring Fathead on flute), composed with keyboardist Arthur Jenkins. Both are fun, but not exactly first-tier Fathead.

Front Money (1977)-2: A terrific album from a weird period in jazz features "Sneakin' In," later revisited on Cityscape (2005), and "Still Hard," a newly-titled version of "Hard Times," from Fathead (1958). Two other songs from Front Money also resurfaced on Cityscape.

Keep The Dream Alive (1977)-2: "Keep The Dream Alive" and the rather over-promising "Freaky Beat," a Newman collaboration with album arranger/co-producer, William Fischer (who had worked with Newman on two of his albums from the 1960s, Bigger & Better and The Many Facets Of David Newman). The title track was issued as a 12-inch dance single backed with Newman's version of "Clouds," which producer Orrin Keepnews also produced for Cannonball Adderley on the famed 1962 album Cannonball's Bossa Nova.

Scratch My Back (1979): Newman shares four co-writing credits here with Jay Fleecewood, a pseudonym for the album's arranger/co-producer William Fischer. All four tunes are straight disco with the first three dominated by pointless vocals. None are memorable and Fathead never bothered with any of these again.

Still Hard Times (1982)-1: This album was originally intended to be a Ray Charles reunion band but ended up featuring two remakes from Newman's 1958 debut, Fathead and only that album's arranger, Hank Crawford: "Shana" (the first of Newman's Yiddish-based titles - this one means "pretty"), a newly titled version of "Fathead," and "Still Hard Times," a re-titling of Paul Mitchell's "Hard Times."

Heads Up (1986)-2: "Heads Up," one of the better puns on the nickname, gets a rousing blues swagger here and on Bluesiana Triangle (1990) and "For Buster," which is slightly reminiscent of "Baby Rae" from 1974's Newmanism.

Blue Head (1989)-1: A tremendous pairing of David Newman with the late, great Clifford Jordan, heard here on Newman's deep, bluesy "Blue Head," which later turned up as the title track to Under A Woodstock Moon (1996).

Return To The Wide Open Spaces (1990)-1: The excellent "13th Floor," with Newman in fine fettle aided by the especially funky undercurrent of Ellis Marsalis, Cornell Dupree and Chuck Rainey in the rhythm section.

Under A Woodstock Moon (1996)-2: Worth it for "Amandla" alone, a lovely Caribbean-styled feature with Fathead on tenor and superb solos by Bryan Carrott (vibes) and David Leonhardt (piano). Fathead revisits the song on flute rather than tenor on Davey Blue (2001). Newman's bluesy title track revisits the marvelous "Blue Head," also the title track to the 1990 album.

Keep The Spirits Singing (2000)-2: "Cousin Esau," which first appeared on a 1994 Don Braden album featuring Fathead and showed up again on a 2004 Tilden Webb album featuring Fathead, reworks "Montana Banana" from Blue Greens & Blues (1990) and Bluesiana II (1991). This reminds me of a tougher version of Pat Rebillot's "Song For The New Man." John Hicks solos magisterially here. Also, "Karen My Love," which was written for Fathead's wife and manager and, sadly now, his widow, suggests to me a fascinating cross between "Feelings" and "Lover Man." Newman played O'Donel Levy's title song with Herbie Mann on the flautist's 1985 album See Through Spirits and John Hicks' "Life," also heard here, turned out to be a tribute to the pianist who died in 2006 on Fathead's Life (2007).

Davey Blue (2001)-3: A CD I don't have but probably should. Includes "For Stanley" (a Newman tribute to fellow saxist Stanley Turrentine), "Amandla," previously heard on Under A Woodstock Moon (1996), and the title track, which reaches back to Resurgence! (1980).

The Gift (2002)-4: This CD revives four tracks from Newman's Fathead Comes On (1961), including two by Newman: "Off The Hook," which revives "Hello There," and "Little Sonny's Tune," which revives "Alto Sauce." Also here are "The Gift" and "Ksue," named for Newman's wife, which revives "Little Sister" from House Of David (1967).

Cityscape (2005)-2: This excellent CD revives three tracks from Newman's underrated Front Money (1977), "Pharoah's Gold," "Suki Duki" and Newman's own "Sneakin' In." Also here is Newman's "Flankin," which revives "Shiloh" from The Many Facets Of David Newman (1968).

Follow our signals today and make up to 270% daily.