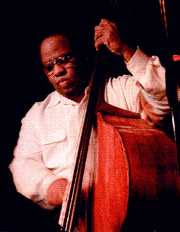 After a long bout battling kidney failure, the great jazz bassist Charles Fambrough died of a heart attack on Saturday, January 1, 2011. Fambrough was on dialysis for five years and had been awaiting a transplant match. Several musical tributes were held in Philadelphia over the last year or two to help Fambrough and his family pay the bassist’s outrageous medical expenses.

Philadelphia resident Charles Fambrough was born on August 25, 1950. Fambrough studied classical piano throughout his elementary and high-school years. He gravitated to bass at the age of 13, attempting to imitate Paul Chambers, the first jazz bassist he ever heard. He began studying classical bass in the seventh grade but gave it up in 1968 to begin working in the pit bands for such theatrical productions as You Can’t Take it With You and Bye-Bye Birdie and, by day, playing on The Mike Douglas Show. 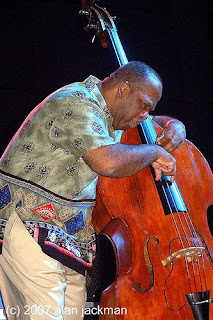 Upon leaving Tyner’s group, Fambrough hooked up with Art Blakey’s Jazz Messengers at about the same time Wynton Marsalis was part of the group, recording with the great jazz drummer from 1980 until 1982 and featuring on the pivotal Album of the Year (1981). Fambrough once said “McCoy showed me how to play with endurance. Art gave me refinement.”

He continued, “With McCoy, the gig is about speed and strength. He plays so much stuff that you’re lucky if you’re heard, so you struggle to keep up with him. But with Art it was a lot different. He heard every note you played and if there was anything raggedy, he immediately let you know about it. He really taught you how to play behind a horn player, how to develop in a rhythm section.” 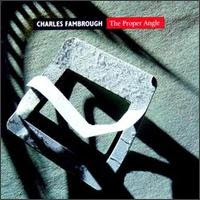 Surprisingly, Charles Fambrough made his own solo recording debut on Creed Taylor’s famed CTI Records in 1991 with The Proper Angle, an excellent, star-studded affair featuring Wynton Marsalis (who featured Fambrough in his first band in 1982) and Roy Hargrove on trumpet, Branford Marsalis and Joe Ford (who first met Fambrough on a McCoy Tyner gig 13 years earlier) on sax, the late, lamented Kenny Kirkland on piano, Jeff “Tain” Watts on drums (both Kirkland and Watts featured with Fambrough in a trio at the time dubbed “Jazz From Keystone”) and Steve Barrios, Mino Cinelu and Jerry Gonzalez on percussion. The record is the first bassist-led date on CTI Records since the legendary Ron Carter in 1976 and it’s clear that Fambrough, like Carter, was a bassist who could lead an interesting jazz record of his own. It also ranks among the very best the label issued during its 1989-98 resurgence.

The Proper Angle was not only one of CTI’s only straight-ahead albums of the time, it also showcased some of jazz’s best young lions at the top of their game. It surely proved that Fambrough was a tremendously capable leader adept at helming a band of great improvisers who worked beautifully well together and it introduced the bassist’s amazing facility for interesting composition (“The Dreamer,” “Sand Jewels,” “Broski,” the bassist’s nickname from his Jazz Messenger days, “Dolores Carla Maria,” named for Fambrough’s wife and widow, a singer of great renown in her own right, “Earthlings,” “The Proper Angle,” “One for Honor,” originally written for McCoy Tyner’s Horizon, and the beautifully titled “Our Father Who Art Blakey,” named for the drummer who had passed away the year before). 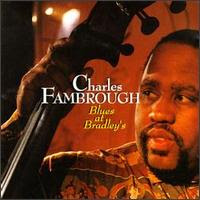 In recent years, health problems prevented Charles Fambrough from participating as much as he once had on the recording scene. But he continued playing around his hometown as much as possible and was one of the bassists featured on drummer/composer Lenny White’s 2010 album Anomoly (Abstract Logix).

A fellow musician and Fambrough friend, pianist, composer and educator George Colligan, said on his jazztruth blog today that “Charles had health issues for many of his last years, but it never seemed to deter him from his passion for music. He talked about his condition like it was a minor nuisance. He seemed determined to press on despite his health.”

There was something undeniably special about the sound Charles Fambrough made. While you never got the sense that his bass was leading the music’s charge, you often stopped to wonder exactly what drove the music he was port of to be as magnificently magnetic as it was. Simple consideration reveals just how emphatic and empathic his role in the music was.

Fellow bassist Ron Carter has stated that he doesn’t like his playing to be considered an anchor, something that holds a vessel from moving. Bassists hear that kind of thing all the time, and it’s no wonder Carter resents it.

When listening to Charles Fambrough, it’s clear that a good bassist propels the music where it needs to go. It’s a shame that the music will no longer be propelled by Charles Fambrough, an inventive and imaginative bassist and one of the finest of “the young lions” who emerged in jazz’s new traditionalism of the early 1980s.
Posted by Douglas Payne at 10:16 PM

Thank you for the summary.

Charles had a rapid but natural progression of Diabetes with end stage kidney and cardiac failure.

He did not have liver disease. That would have implied alcoholism or drug abuse. These were not his issue. Mark

Charles was a major force as a musician, composer and educator but these talents were overshadowed only by his humanity. We are all better for having had his spirit on this earth.
Frank DiBussolo

This page should be covered with comments about Charles the Great. Philly is known for it's wonderful bass players and Charles was one the best sons of Philly bass playing. I owe my style and love for bass playing in large part to Charles and I will never forget my brother. Anthony Williams

Doug-Thanks,even though it is sad news. I thought Charles lived here in Allentown,Pa.,about 45 miles from Philly. No obit in the local Allentown paper(though I read the online version and rarely read the obits). Sure enough,the Philly paper had an online obit and he died in Allentown,just about a mile from where I'm writing this. I found our he lived here a while back and always wanted to call(he was listed in the phone book)but felt imposing. Sounds like his last few were sad indeed. He was on the faculty of Muhlenberg College,walking distance from his home. "Beautiful Love" with composer Abdullah Ibrahim and featuring Grover Washington,making a fine Philly connection with Charles & Grover.

Hello Doug - thanks for bringing this great player to my attention again, although through those sad news. I took the opportunity to complete my collection of his albums, especially his "Upright Citizen" with Grover is a favorite of mine, so I look forward to hear the rest of his catalog.