Covering the Music of Paul Simon 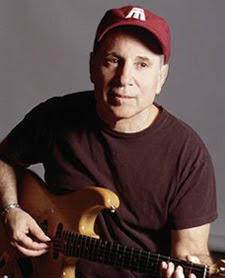 There have been surprisingly few jazz covers and still fewer jazz tributes to Paul Simon’s literate yet always melodic music. Listeners discovered Paul Simon when Simon & Garfunkel had their first hit in 1965 with “The Sounds of Silence” (known later as “The Sound of Silence”), which was inspired by the 1963 assassination of President John F. Kennedy.

The post-folk simplicity of the song masked an intelligent and philosophical depth unusual for pop music at the time. But like any great pop song, the insistent melody was exceedingly hummable and instantly memorable – which seems to have made it a natural for covering by jazzers aiming or being forced to increase sales by covering The Beatles and Burt Bacharach.

“The Sounds of Silence” was immediately covered by Hugh Masekela on his audacious 1966 pop record Hugh Masekela’s Next Album (the album's producer, Tom Wilson, was also producing S&G at the time), but hardly anybody else in jazz bothered to pay any sort of attention to the song. As Simon & Garfunkel scored more hits in the late sixties, surprisingly few jazz people paid any notice to anything other than the most poppy (the silly "The 59th Bridge Street Song," which pianist Eric Reed covered nicely in 1998) or anthem-like of the tunes, such as “America” and “Bridge Over Troubled Water” (another title that has variations with its plurality).

Even as Paul Simon began to pursue a solo career in 1971, his music continued to explore various styles with a unique melodicism that most jazz players could have easily found inspiring enough to explore further. And, for the most part, they really haven’t.

Here are two particularly good Simon & Garfunkel covers that certainly reveal how successfully imaginative jazz players and arrangers can represent Paul Simon’s music – though, to be fair, Simon merely “adapted” these two particular pieces, both of which are European traditional songs.

The first is "Scarborough Fair" from Sergio Mendes & Brasil ‘66’s album Fool on the Hill (A&M, 1968), featuring Mendes on electric piano (solo), piano and vocals with John Pisano on guitar, Rubens Bassini and Sebastian Neto on percussion, Dom Um Romão on percussion and drums and Lani Hall and Karen Philipp on vocals, in a gorgeously breezy arrangement for strings and winds by Dave Grusin:

Next up is "El Condor Pasa" from Paul Desmond’s all-Simon program Bridge Over Troubled Water (A&M, 1969), sporting a title, cover and program reproduced almost exactly by flautist Hubert Laws’s Simon tribute CD recorded in 2002 and only issued in Japan. Desmond leads beautifully with his inimitably velvety alto sax accompanied by Herbie Hancock (who also recorded “Scarborough Fair” many years later) on electric piano, Sam Brown on guitar, Ron Carter on bass and Airto Moriera, Bill Lavorgna or João Palma on percussion in a haunting and evocatively lush arrangement for strings, horns and percussion by Don Sebesky (who also nicely arranged “Scarborough Fair” for Wes Montgomery and Soul Flutes around the same time):

It’s a shame there isn’t more like these. I can think of plenty of Simon songs that deserve expert jazz treatment: “American Tune,” “Cecilia” (which Stan Getz covered), “Take Me to the Mardi Gras” (which Bob James, who was producing and arranging for Paul Simon at the time, covered so famously), “I Do It For Your Love,” “Still Crazy After All These Years” (which deserves all the coverage Billy Joel’s “New York State of Mind” got), “Late in the Evening” (whose original featured Eric Gale’s scintillating guitar work and Dave Grusin’s excellent horn arrangement), “Diamonds on the Soles of Her Shoes,” “Under African Skies,” “The Coast,” “Born at the Right Time” and so many others.
Posted by Douglas Payne at 4:27 PM

Well, David Sanborn covered "I Do It For Your Love" way back in 1977. My personal favorite Simon covers come from Holly Cole, who did a slow, swampy version of "One-Trick Pony," and the spectacular version of "Bridge Over Troubled Water" that Valerie Simpson sang on Quincy Jones' "Gula Matari" album.

Thanks for your additional comments Memo2Self. Each of these Paul Simon covers is well worth noting. The Quincy Jones cover is especially notable as Valerie Simpson’s vocal debut – and it’s a lovely performance. But I’m not sure how great a jazz piece it is – even though it resides on an album I love – outside of Bobby Scott’s gospel-laced piano introduction and the guitar work throughout of Eric Gale, who, of course, later played often with Paul Simon on record and in concert. The David Sanborn cover of “I Do It For Your Love,” which has probably gotten more coverage than I gave it credit for, is absolutely soulful and tremendous. Don’t know anything about the Holly Cole cover you mention – but I’m glad to see this period of Paul Simon’s career get the jazz coverage it deserves.

Great post, Doug--Bill Evans also played "I Do It For Your Love" in his late period (1978-80). I can think of a studio version (AFFINITY) and a live version (CONSECRATION) off the top of my head.