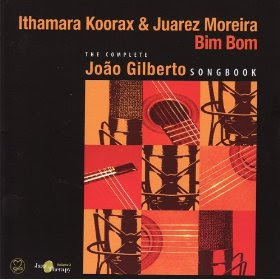 The beautiful and most ethereal of all vocalists practicing their art today, Brazilian Ithamara Koorax (b. 1965), has achieved what ranks among her very greatest achievements with Bim Bom, a brilliantly conceived tribute to the Brazilian composer, guitarist and singer João Gilberto.

Here, the multi-lingual, multi-genre singer tackles a bracing set of lovely, lilting melodies written or co-written by fellow Brazilian legend João Gilberto, accompanied most perfectly only by the guitar of Juarez Moreira, who is acclaimed by no less an authority than Milton Nascimento as a "mix of every musical element from Brazil” who “interprets them in a majestic way."

João Gilberto, born João Gilberto Prado Pereira de Oliveira on June 10, 1931, in Juazeiro, Bahia, is a Grammy Award-winning Brazilian singer and guitarist. He is credited with having created what we now know as “bossa nova” and has rightly become known as the "Father of Bossa Nova." His seminal recordings, including many songs by Antonio Carlos Jobim and Vinicius de Moraes, established the new musical genre in the late 1950s, which gained huge significance throughout the world in the early 1960s.

After many American musicians (Herbie Mann, Stan Getz, Charlie Byrd) embraced his music, he lived in the United States during much of the sixties, eventually leaving to live in Mexico. He returned to Brazil in 1980 and currently resides in Rio de Janiero, where he lives out a somewhat reclusive lifestyle, though he tours occasionally.

Despite many deserving tributes to such bossa-nova forefathers as Antonio Carlos Jobim, this disc serves as a reminder of another of Brazil’s most prominent tunesmiths and musicians – thankfully while he is still alive to enjoy the significance of his influence and such a worthy celebration of his achievements. 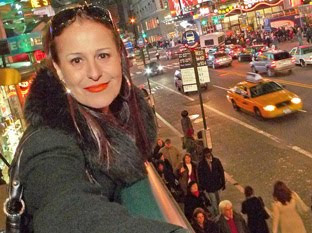 Ithamara Koorax shows her remarkable range throughout, much more relaxed than usual, befitting the songs’ mostly easy-going nature. Surprisingly, her most outstanding performances occur when she’s not even singing the Portuguese or English lyrics the songs provide, as on the improvisations she provides for “Minha Saudade” or in the startlingly haunting way she hums out such instrumentals as “Valsa (Bebel),” “Glass Beads” (which was only recorded once by co-composer João Donato on his wondrous 1965 album The New Sound Of Brazil), “João Marcelo,” “Undiu” (where she does little more than repeat the title, but so hypnotically that it sounds like a full lyric).

Moreira’s beautiful accompaniment throughout is a joy to behold. As the only accompaniment heard here, he is outstandingly forward in his contribution, but never at a disservice to the melody or to his singing partner. When he solos on electric guitar, it is, fittingly, electrifying, as he does on “Voce Esteve Com Meu Bern,” “Valsa (Bebel)” and “Acapulco.” Koorax is out of “An Embrace To Bonfá,” a tribute to fellow guitarist Luiz Bonfá, which gives Moreira a chance to shine in this exceptionally lovely composition.

Those familiar with Gilberto’s work will miss some of the better-known numbers from the guitarist’s repertoire. But it’s difficult to argue with what is actually presented in this beautifully programmed 41-minute set.

Producer Arnaldo DeSouteiro provides a crisp, clear palette for the two artists to express themselves and, in his notes, a beautifully detailed summation of each song’s history and importance. While one could wish for more, it’s hard to best what is provided on the lovely Bim Bom, one of the most notable releases of 2009.
Posted by Douglas Payne at 8:46 PM

Dear Doug,
Your support is greatly appreciated.
Heartfelt thanks from your fan,
Ithamara Koorax
www.ithamarakoorax.blogspot.com