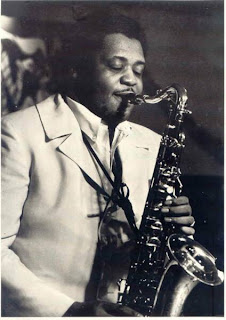 Monk Higgins was born Milton Bland to Mrs. Alma Howell and J.T. Bland, in Menifee, Arkansas, October 17, 1936. His roots were in gospel music, due to his mother's faithfulness as a choir singer. Monk, at six feet, three inches and 285 pounds, was a football and basketball star at Conway County Training School, in Conway, Arkansas. In his spare time, he played the bass tuba in the marching band, primarily because he was the only kid large enough to carry the instrument. Moving with his family to Chicago, he entered that city’s Musical College, where he studied trombone with Bill Russo.

A scholarship took Monk to Arkansas State University where he majored in theory and orchestration. Eventually he switched over to tenor sax but little of the music he’s known for features his sax playing. While he’s not a bad player in that swinging honky-tonk way that Earl Bostic, Jr. Walker or, even, Stanley Turrentine was, most of the music he’s known for today doesn’t even feature his sax playing. Indeed, his playing – when it was there – stuck pretty close to melody lines and refrained from investigating much in the way of improvisation. It’s really his compositions and the jazzy R&B groove he laid down that recalls Monk Higgins’ music most to listeners today.

He taught school in Missouri and back in Chicago for several years after college. While still teaching, though, Milton Bland began moonlighting on Chicago recording sessions, signing on to One-Derful! Records in 1962, where he immediately scored local hits by Betty Everett (“Your Love’s Important To Me”), McKinley Mitchell (“The Town I Live In”) and Otis Clay (“That’s How It Is (When You’re In Love)”).

During 1965 to 1967, the newly re-christened Monk Higgins had become the A&R man at Chicago’s St. Lawrence label, writing, arranging and producing jukebox singles for Mamie Galore, Butch Baker (“Batman at the Go Go”) and Johnny Sayles (“Don’t Turn Your Back On Me”). Higgins also ran St. Lawrence’s subsidiary label, Satellite, recording more jukebox 45s for Chuck Bernard, The Fantaisions, The Ideals and The Vontastics. Around this time, he also crafted local hits for Holly Maxwell (“Philly Barracuda”), Alvin Cash (“Hawk Eye,” “The Barracuda,” “Burn Just A Hair” and “Do It One More Time”), The Ideals (“Go Go Gorilla”), Junior Wells, Cash McCall (“When You Wake Up”) and scored one of his own with “Who-Dun-It” (which was later covered by Blue Mitchell on his first Monk Higgins collaboration, Collision in Black). 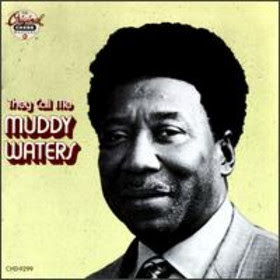 He spent a little less than a year starting in 1967 at the famed Chess records label , where he continued churning out singles for Etta James, Muddy Waters , Howlin’ Wolf, Buddy Guy, Mitty Collier, Andre Williams, Laura Lee and Johnny Sayles.

Finally, he was invited to Los Angeles to arrange the strings “only” for Nina Simone’s Gifted & Black (Canyon, 1968) album and stayed to helm his first full-scale album works with saxophonist Stanley Turrentine on Flipped-Flipped Out (Canyon, 1968), trumpeter Blue Mitchell on Collision In Black (Blue Note, 1968), Gene Harris and The Three Sounds on Elegant Soul (Blue Note, 1968) and his own debut album Monk Higgins in MacArthur Park (Dunhill, 1968). While all this seemed to trumpet the arrival of a huge new talent, none of it really caught on at the time and only Collision In Black could be considered any kind of an artistic success. 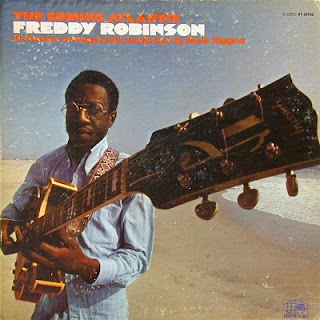 But Monk Higgins had built himself a strong reputation for R&B flavored jazz with a little cadre of Los Angeles studio aces, anchored by fellow Chicago native Freddy Robinson on guitar, and boasting Joe Sample and Wilton Felder of The Jazz Crusaders, drummer Paul Humphrey and notable percussionists Victor Feldman and King Errisson. It worked well to give Higgins’ productions of the time a very strong and consistent personality and something that really was unheard of at the time – a sturdy R&B jazz flavor.

He also worked up the funky and little-known 45s “The Queen Bee” for Diane Johnson (Buluu) and “Baby You’re Right” (co-written with “B. Leena” who co-wrote “I’m In Love,” “Put On Train” and “Down Home” with Monk on Gene Harris’ Live At The ‘It’ Club Volume 2) for Helena Hollins (Stonegate) and contributed to Jimmy McKracklin’s The Stinger Man, Charles Wright and The Watts 103rd Street Band’s You’re So Beautiful, Tyronne Davis’ Without You In My Life and Freddy Robinson’s Enterprise albums (At The Drive-In and Off The Cuff ).

During this period, a handful of albums appeared on the Solid State, United Artists and Buddah labels, a minor hit ensued with “Gotta Be Funky” (1972) and one soundtrack (Sheba, Baby) emerged. But all to little avail. While Higgins built a reputation providing music to radio and TV commercials throughout the 1970s and 1980s, he seemed to toil in relative obscurity as far as the public knew. His records came and went with little or no notice and attention until samplers (Monk’s obscure 1969 cover of “Little Green Apples” was sampled by Gang Starr for “Code of the Streets” and has since made the song a feature of many funk-jazz compilations), crate diggers and DJs discovered these grooves years and years later.

In 1977, Monk Higgins became affiliated with former Stax executive Al Bell’s little-known and short-lived label ICA, where he worked on singles that never turned into hits by Frank Lucas, Vernon Garrett, L.V. Johnson and Margie Evans. The Bell-Higgins partnership was probably helped along through Freddy Robinson, who recorded three albums for the Stax subsidiary Enterprise several years before that were arranged by Higgins. 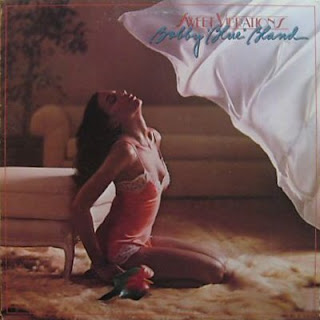 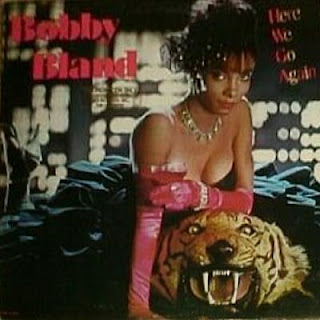 For some reason, Higgins began using the Milton Bland credit again on some songs around this time (e.g., Irma Thomas’ 1973 “Save A Little Bit For Me”) and began using it on the arranger credits for the later Bobby “Blue” Bland albums, while continuing to use the Monk moniker as producer and both Monk and Milton in the songwriting credits. It’s probably worth noting here that Milton Bland and Bobby “Blue” Bland were brothers in spirit only.

As the 1980s loomed, Higgins recorded less and less, but played in and around L.A. with some of the biggest names in blues (guitarist/vocalist Keb Mo had one of his first jobs in Higgins’ band). Higgins continued writing and contributing songs to the occasional album (e.g., “Don’t Pick Me For Your Fool” for Son Seals’ Bad Axe album), but his recording days were pretty much over by 1984. Sadly, Monk Higgins died on July 3, 1986, in Los Angeles. He was only 49 years old.
Posted by Douglas Payne at 10:02 PM

Follow our trades NOW and make up to 270% per day.

Let me say it straight.

I dont care about sports. Shame on me but I dont even know the basketball rules. Never cared less.

I tried EVERYTHING from stocks & forex to internet systems and affiliate networks.. I even made some money but then lost it all when the stock market went south.

I think I finally found it. Grab It TODAY!!

Watch this or quit placing bets on sports...

Just fell upon this and want to say thanks for the education. Monk was always one of my unsung heroes because his name on the label = quality. I did not know he died so young, RIP Milton and thanks for the pleasure your talent continues to give me.