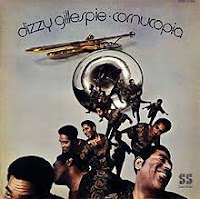 This far too little-known album was not bebop pioneer Dizzy Gillespie’s first – or last – attempt at reaching out and crossing over to a generation of listeners not inclined toward jazz. But as pure product, it’s most assuredly among his best.

Cornucopia, released in March 1970, follows a previous set on Solid State called It’s My Way (1969), where the great trumpeter looks like someone’s grandfatherly college professor, rather than the hipster he was trying to be.

You could even go a little further back to The Melody Lingers On (1966) or the desperately-titled Dizzy Goes Hollywood (1965) for evidence that someone knew he was losing market share.

Even so, Gillespie was making albums the way he wanted. Indeed, there is the fine (yet also desperately titled) Swing Low, Sweet Cadillac (1967) on Impulse. That there was only one record on Impulse, however, suggests those sorts of records just weren’t selling.

When guitarist Gabor Szabo famously declared in 1967 that “jazz as we know it is dead,” Dizzy Gillespie, the ever-vigilant jazz ambassador, responded with a certain derision: “What’s that? Maybe it’s because he (meaning Szabo) isn’t playing jazz as we know it.”

The success of Cornucopia is due in no small part to arranger Don Sebesky. At the time, Sebesky was primarily known as “in-house” arranger at Creed Taylor’s CTI Records, where he helped craft the artistic and financial success of Wes Montgomery’s last few records.

By the late sixties, Sebesky – or the Sebesky sound, which mixed elegant takes on pop songs with splashes of jazz – became popular enough to score the arranger two of his own albums for Verve, The Distant Galaxy and Don Sebesky & The Jazz-Rock Syndrome (both 1968).

Recorded over two days in August 1969, Cornucopia delivers the Taylor-derived template of foxy chart toppers and catchy originals that boosted (or, as some believe, brought down) the Montgomery-Sebesky records waxed between 1965 and 1968. But that’s about the end of the CTI similarities. 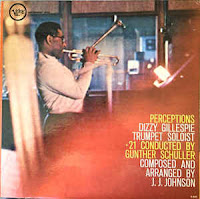 (For the record, Creed Taylor and Dizzy Gillespie are known to have a very limited connection to one another. One of Taylor’s first productions at Verve was Gillespie’s Perceptions (1961), while the first of the briefly-revived CTI releases, Rhythmstick (1990), was named for Dizzy’s walking stick and featured the trumpeter on only two tracks [some reissues of the disc bill it as a Dizzy Gillespie set]. The most prominent producers of Gillespie’s work in the sixties were Norman Granz, Quincy Jones and Hal Mooney.)

I’m willing to bet that Richard Carpenter’s production credit here, as on It’s My Way, is, to be as kind as possible, largely honorific. It’s reasonable to believe that Sebesky himself is in charge, as the record maintains the sound and, likely, the core group that make up the Esmond Edwards-produced Sebesky records on Verve.

That core group includes Chuck Rainey instead of Ron Carter on bass and, most likely, Don MacDonald instead of Grady Tate on drums. (Tom Lord also lists Richard Davis on bass and Ed Shaughnessy and Bernard “Pretty” Purdie on drums – all of whom are very likely to be here).

Likewise, guitarists, including Billy Butler, were much more likely to appear on Prestige dates than on any CTI date – distancing Cornucopia further from CTI. But there are signs (particularly “Oh Happy Day”) that Richard Tee is also on board. These musicians give Cornucopia a gruffer sound than one is likely to hear on CTI, but one that pairs much better with Gillespie himself.

Where Creed Taylor wanted players whose storytelling had adventure, drama and happy endings, Gillespie aspired to something a little rougher and much less mellifluous: suspense, artistry, and madcap flights of fancy that made total musical sense. That Sebesky can open a book for both says a little more than something of his gift for invention.

Opening with a swirl of strings and harps, “Windmills of Your Mind” (the album’s only single release) seems to confirm jazz critics’ greatest fear of Sebesky: something soft, sweet and not delicious. Then the song gallops into a jaunty proto-disco pace that recalls Sebesky’s “Big Mama Cass” – and at a clip that Creed Taylor would likely never abide.

Sebesky tilts at this particular “Windmill” not by accommodating composer Michel Legrand (who is often too sentimental for some tastes) but by hinting at Lalo Schifrin, who got his start in Gillespie’s band, composing the trumpeter’s “Gillespiana” and The New Continent, later crafting Gillespie’s fusion classic Free Ride - and, horror of horrors, writing film soundtracks.

Nina Rota’s “Love Theme from Romeo & Juliet” is this set’s other film theme. Henry Mancini’s cover of the song knocked The Beatles’ “Get Back” (also covered here) from the number one spot on the charts several weeks before this version of the ballad was recorded. Here, Sebesky underscores the romance of the piece with a Spanish guitar, as he would on so many of his later more classically-oriented efforts.

Sebesky himself provides the album’s genuine highlight. “Yesterday’s Dream” is one of Sebesky’s finest compositions and Gillespie gives it all the love and graciousness it deserves. It’s a beautiful tune – vibing with the moody, exciting and melancholy that inform such New York soundtracks of the time as Rosemary’s Baby and Midnight Cowboy. 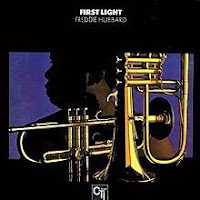 The song later reappeared as “Yesterday’s Dreams” in a different, but no less stirring arrangement on Freddie Hubbard’s Sebesky-arranged and Grammy-winning CTI album First Light, while the Dizzy Gillespie Big Band conguero Francisco Aguabella later recorded the tune for his 2002 disc Cubacan.

Gillespie reprises his own “Lorraine,” first heard on the 1959 The Ebullient Mr. Gillespie, and the rather silly “Tango-rine,” first heard on 1957’s Birks’ Works. “Lorraine” has never rocked this hard, with Rainey and Purdie’s funky forces aligned with a roiling Blaxploitation guitar. Here, as elsewhere, Sebesky’s horns are a bit more Vegas show-y than usual, something another producer might have reigned in. But “Lorraine” also offers Gillespie’s own finest moment on the record.

Of all the pop covers here, this writer’s favorite is probably Joni Mitchell’s “Both Sides Now,” made famous in late 1968 by Judy Collins. The unfailingly lovely tune gets a spunky arrangement by Sebesky, while Gillespie has no issue with giving it his all.

“Get Back” comes in a close second here, but Joni Mitchell created something that both Gillespie and Sebesky could really work with here. (Curiously, Sebesky arranged both “Both Sides Now” and “Windmills of Your Mind” – very similarly – for Terry Baxter and His Orchestra for his album The Best of ‘69, but that “Windmills” might be a bit better.)

“Ann,” or “Ann, Wonderful One” as it’s known here, is an Earl Hines tune dating back to 1944 (in an arrangement by Jimmy Mundy, who arranged Gillespie’s prior Solid State album, It’s My Way). The song is rarely covered (Chet Baker did it in 1964 and Stanley Turrentine in 1978), but Sebesky gives it a decidedly contemporary spin that’s light years from its stride origins. Gillespie is just superb.

(Don Sebesky arranged several albums for little-known singer Lon Ritchie during 1969-70 featuring several tunes noted here, such as “Love Theme from Romeo & Juliet,” from The Lon Ritchie Album, and “Yesterday’s Dreams,” [note the extra “s”] from Language of the Heart, which also features songs Sebesky would arrange for later CTI albums, such as “Here’s That Rainy Day,” from Freddie Hubbard’s aforementioned First Light and “She Was Too Good to Me,” by Chet Baker).

Recognizing its crossover potential, Billboard said of Cornucopia, “The impeccable trumpet of Gillespie darts and flurries through familiar chart items…arranged tastefully for a wider market than the out-and-out jazz fan by conductor Don Sebesky,” concluding that it is “an album that illuminates the horn of plenty.”

This tremendously unappreciated record was issued by Solid State, with a cover design courtesy of Frank Gauna, who was working primarily at Blue Note at the time. Gauna, who had done journeyman work for Candid, United Artists, Cadence and Solid State to this point, designed a cheesy and gimmicky “horn of plenty of Dizzys” cover for the American release of Cornucopia. 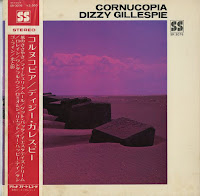 But, whoever took charge of the entirely different release of Dizzy’s second Solid State album in Japan, recognized its connection to the far more successful and profitable A&M/CTI albums Creed Taylor was putting out, deciding to mimic that label’s Sam Antupit design and Pete Turner photography. The Japanese release of Cornucopia, therefore, fits more into the CTI legacy, a fitting tribute to Don Sebesky’s role here and a link to Dizzy into the CTI stratosphere.

Later in the year, Gillespie would put out a terrifically fun and funky soul-jazz set, written and arranged by Ed Bland, called, Souled Out (and also known in various iterations as Sweet Soul, Soul Time and Soul & Salvation).

He then moved on to the innovative Perception label, where he waxed the superior The Real Thing (1970) and Portrait of Jenny (1971), the latter of which features Gillespie’s spellbinding “Olinga,” the title track to Milt Jackson’s 1974 album on CTI.

Remarkably, Cornucopia has never found its way onto CD. For the most part, Sonny Lester’s Solid State catalog wound up being owned by EMI, which was folded into Universal Music several years ago. It’s possible UMe doesn’t even know that this is their property. Here’s hoping someone is listening.

Here’s hoping, too, that somebody can rescue Dizzy Gillespie and Don Sebesky’s highly underrated and terribly forgotten masterpiece from fifty years ago, Cornucopia.

Fantastic! Cheers, Doug. I have to get hold of this record. I like quite a few Solid State releases from this era. I came here today afer hearing, via Facebook, that Christian McBride is interviewing Chuck Rainey and 'Pretty' Purdie. PS - Do you know anything about an animation, a sort of Aztec heliocentric creation myth type thing, with a funky Diz soundtrack? Maybe I'm imagining it... did I just dream it? I google for it now and again. But I've never found it.

Figured I ought to 'google it' one more time (last time I tried would've been years ago now): 'dizzy gillespie creation myth animation' actually returned a result this time... finally! Turns out it's called The Cosmic Eye, by Faith Hubley, from 1986. I'm going to watch it online now... wonder if it's anything like it grew to be in the remembering?