Ho ho ho! Music is one of the few joys this particular season actually has to offer. Unfortunately, though, shopping malls and restaurants blast so much of this phony crap at you for so long that the music doesn’t even feel like anything sincere or even remotely worth listening to.

I can think of many-a superstar-of-the-moment over the years who have forced (or were forced to unload) some aural Xmas-snot on the public. Much of it is without any redeeming quality whatsoever outside of the possibly garish cover shot they were forced to do.

While most albums that are issued at this time of year are commercial pieces of crap designed to earn somebody money (does Bob Dylan really need the money???) and some of these people actually even mean it – I think a few of these albums really do have some merit.

A few of those not mentioned here – the Mormon Tabernacle Choir’s The Joy Of Christmas (Columbia, 1963, conducted by Leonard Bernstein – or 1970’s Joy To The World), Johnny Mathis’s perennial Merry Christmas (Columbia, 1958 – arranged by Percy Faith) or George Winston's brilliantly-conceived December (Windham Hill, 1982) – are worth more than nearly every piece of crap that passes itself as holiday joy. 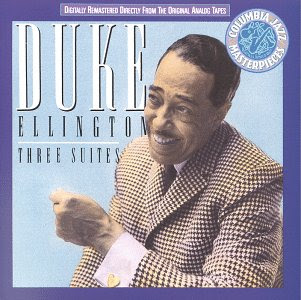 Three Suites - Duke Ellington (Columbia, 1960): There are precious few jazz recordings in jazz that can make the listener proud to listen to jazz. There are also few jazz recordings that can make the listener, whatever their tastes, forget they are listening to jazz. Duke Ellington’s 1960 recording of Tchaikovsky’s Nutcracker Suite is one of them. Originally released on LP in 1960, this incredibly arranged and performed suite was paired with Ellington’s take on Grieg’s Peer Gynt Suites and Ellington and Billy Strayhorn’s “Suite Thursday” for the 1990 CD Three Suites. I can’t say that the other suites, good as they are, matter much to me but The Nutcracker Suite is a cracking piece of jazz history – which plays especially well during the holidays. It would be worth having this particular suite alone – as it was on the 1960 LP – as the suite features gorgeous, timeless solos by Ellington heroes including Paul Gonsalves, Ray Nance, Johnny Hodges and others, all performing the immaculately imaginative arrangements of Duke Ellington and Billy Strayhorn. This is one of those pieces that transcends the holidays – but it’s a joy to hear Ellington and crew perform during Christmas, particularly at mealtime, when the hearty feast can be enjoyed aurally as well. A classic, whatever time of time of year it is. 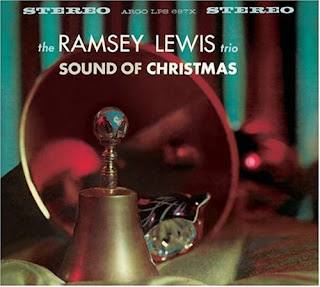 Sound of Christmas - The Ramsey Lewis Trio (Argo, 1961): A beautiful piece of Christmas-y piano-trio jazz, this 1961 album delivers much more than it promises with Ramsey Lewis’s very sincere and bluesy deliverances. My favorite piece here is the gorgeously scored original “The Sound Of Christmas” (done by arranger Riley Hampton and co-composer Ramset Lewis) – totally worth the price of admission. All in all, it swings, Ramsey plays beautifully throughout and it has a very nice holiday vibe. Very highly recommended. 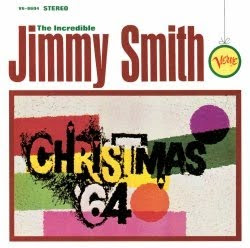 Christmas ‘64 - Jimmy Smith (Verve, 1964): The popular jazz organist Jimmy Smith was forced, of course, to record his own Christmas album in 1964 and the result was this pretty darned great album, also known as Christmas Cookin', arranged by Billy Byers and featuring any number of great New York session men. It’s a fun listen throughout but the swinging “We Three Kings (Of Orient Are)” is my favorite bit here. I could listen to “the boss” in this mode throughout the holidays. The rest – including the nice arrangement on “The Christmas Song” – is all gravy… 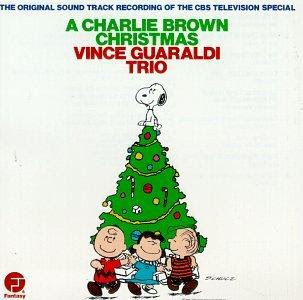 A Charlie Brown Christmas - Vince Guaraldi Trio (Fantasy, 1965): This classic survives as a perennial - at least among everybody in my generation - that lasts throughout the year. Despite the fact they practically force-feed it to you with every latte in Starbucks, it really is a wonderful holiday perennial. It doesn’t matter what time of the year it actually is, this album has the power to escape it. Vince Guaraldi’s music for this great TV special of a few generations past is timeless and pure enough to survive any seasonal straightjacket that could be placed on it. “Skating” and “Linus and Lucy” are enough. But all of the beautiful holiday music, including the program’s original “Christmas Time Is Here,” is worth hearing – during the holidays and beyond. Vince Guaraldi should be heard in any context, particularly during the holidays. But “Skating” and “Linus and Lucy” always make the holidays worthwhile. 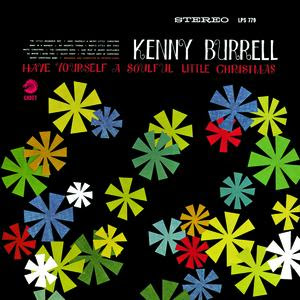 Have Yourself A Soulful Little Christmas - Kenny Burrell (Cadet, 1966): Kenny Burrell has always had one of the most wonderful sounds on guitar in jazz and his lone Christmas album is truly a joy. Working under the auspices of the great arranger Richard Evans (who has arranged a fair share of notable holiday themes), Burrell comes up with a winner here. It’s a pleasure to hear Burrell’s mellifluous tones strumming out some of the holiday’s cheers. This is a great collection of tunes that sound good put together as they are. Highlights are plentiful and include a dynamic reading of “My Favorite Things,” the acoustic “Away in a Manger,” the Latin-esque “Mary’s Little Boy Chile,” “God Rest Ye Merry, Gentlemen” and the exquisitely blues-laden “Merry Christmas, Baby.” 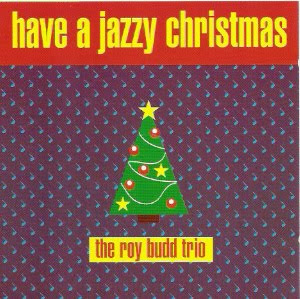 Have A Jazzy Christmas - The Roy Budd Trio (Mastermix, 1989): Many jazz musicians, particularly pianists, yearn to put out a Christmas album. Before his untimely death pianist and composer Roy Budd put out this gorgeous piece of Christmas ephemera. Here, he’s like his hero, Oscar Peterson – who put out his own Christmas CD some years later – but crafts something beautiful. Unique and something that deserved to stand on its own. Some of it is a little too spunky for the occasion. But you have to give the guy credit for feeling it more than most people would. He’s one of those performers who, like a kid, believes in the spirit of the season more than most of those who do it as part of the job. 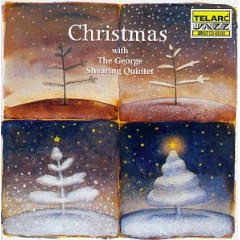 Christmas With The George Shearing Quintet - The George Shearing Quintet (Telarc, 1998): Nearly half a century after pianist George Shearing broke up his famed quintet, he reconvenes the groove (if not the group) for this remarkably lovely holiday feast. Extraordinarily well accompanied by guitarist Reg Schwager, vibraphonist Don Thompson (who is better known as a bassist and played with Shearing as a bassist in the 80s), bassist Neil Swainson and drummer Dennis Mackrel, Shearing creates some heartwarming music here. He had never done a Christmas album before and comes up aces with this one. It’s not nearly as “soft” as anyone might assume nor is it any less than pretty for the season. It’s hard to fault any of this disc but “Ding Dong! Merrily On High,” “The Christmas Waltz,” “Have Yourself A Merry Little Christmas” (with its brilliant “Birdland” quotes), “Let Is Snow!, Let It Snow, Let It Snow!,” the Nat King Cole-esque take on “The Christmas Song,” the brilliant “Take Five” take of “God Rest Ye Merry, Gentlemen” and “Away In A Manger.” Nothing here is sentimental or cheesy. It’s the holidays from the heart – and it’s absolutely refreshing to hear a holiday album that doesn’t seem to have been made for commercial considerations. This is really the way to have a swingin’ Christmastime. 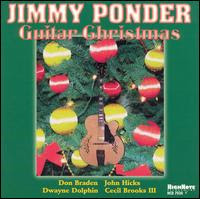 Guitar Christmas - Jimmy Ponder (HighNote, 1998): Fellow Pittsburgher Jimmy Ponder is unquestionably one of jazz’s most underrated guitarists. He has made substantial contributions to many a great jazz album, but he has released any number of only moderately interesting albums under his own name. Here, he has assembled a great quartet featuring the late, great John Hicks on piano, Don Braden on tenor sax, Dwayne Dolphin on bass and (producer) Cecil Brooks III on drums. It’s a tremendously simpatico quartet and all seem to be on board for this jazzy exploration of Christmas themes – despite its June recording date! There is definitely something warm and sunny about this recording. But it is heartfelt and seasonally-felt nonetheless. The jazz is in the forefront throughout but the highlights are undoubtedly “Silent Night,” the Coltrane-esque “We Three Kings” and the ultra-bluesy “Merry Christmas Baby” (two of the three pieces do not include Braden). While I love this CD, I realize that I have to track down fellow Pittsburgher Joe Negri’s Christmas CD. Joe Negri is where it all begins for me.
Posted by Douglas Payne at 6:03 PM

Hey Doug. So, I have been following your work, and have enjoyed many of your reviews. But I've recently been catching up on past reviews of yours, and I just wanted to say that I think that your review of Gary McFarland and Peter Smith's Butterscotch Rum was pretty off base. I, for one, believe that it was a very moving and heart felt album, and I think your dismissal of it shows how perhaps you just didn't get it. But thanks for all the other great work!

I have to step up here and agree with Anonymous. I, for two, also believe that Butterscotch Rum was a "heart felt and very moving album". I could even actually say it's one of my favorite albums, believe it or not. But I'm an oddball I admit...

It's a pop album though, not jazz in the least.

hi
when i google george shearing we three kings of orient are, your qoutation shows up, but in your blog posting, i cannt find the reference to the quote, and for the life of me, i cannt find what song medley this is a part of. driving me nuts! pls help! tks, nicole

Nicole, Your search is bringing up this post because it lists a "George Shearing" Christmas album in the same post as Christmas albums by Jimmy Ponder and Jimmy Smith that feature "We Three Kings."

Start following our signals today & earn up to 270% daily.