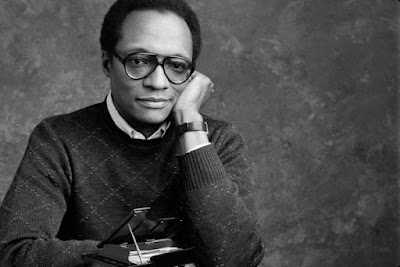 Jazz pianist, three-time Grammy winner, and NEA Jazz Master Ramsey Lewis, who successfully crossed over from the Jazz charts to the Pop charts, most notably with his smash hit “The In Crowd,” died peacefully at his home in Chicago on the morning of September 12. He was 87.

Lewis debuted his famed trio with bassist Eldee Young (1936-2007) and drummer Redd Holt (b. 1932) on the 1956 album Ramsey Lewis and His Gentlemen of Jazz, on the Chess label. Three years later, Lewis was invited to perform with the trio at Birdland in New York. Their three-week gig led to performances at the Newport Jazz Festival and the Village Vanguard, and recordings with Max Roach, Clark Terry, and Sonny Stitt.

Lewis broke through in a big way in 1965 with the trend-setting early crossover smash, “The In Crowd.” The elegantly funky, Grammy-winning song (written by Dobie Gray) was followed by two more chart-toppers, “Hang on Sloopy” and “Wade in the Water.” After Young and Holt left to form their own group, Lewis continued in the trio format with bassist Cleveland Eaton (1939-2020) and future Earth, Wind & Fire eminence Maurice White (1941-2016) on drums. He subsequently experimented on electronic keyboards in more expansive settings. A further hit, Sun Goddess (1974) – with much of Earth, Wind & Fire – later ensued.

My first exposure to Ramsey Lewis came at age 18 with the pianist’s wonderful 1980 Columbia album Routes. The record is a sheer joy. Four decades on, I still feel the same way. The album splits production duties among New Orleans legend Allen Toussaint (who I only knew at the time as the man behind “Lady Marmalade”) and Earth, Wind and Fire co-founder Larry Dunn – a significance I didn’t know anything about at the time. The result makes me happy every time I hear it.

My next notable experience with Mr. Lewis was the title track to his 1983 album Les Fleurs. I had no idea then that this ethereal Charles Stepney (1931-76) composition (originally, and correctly, “Les Fleur”) originated on a 1968 album the composer arranged for Lewis. But it was this one song that I so appreciated hearing Ramsey Lewis perform live at Hartwood Acres, here in Pittsburgh shortly thereafter.

Later, I picked up on the first non-trio Ramsey Lewis album, the positively brilliant Wade in the Water. This one album has lifted me out of more than one funk. There are so many amazing performances here – “Ain’t That Peculiar,” “Message to Michael” and the title track all spring immediately to mind – the world seemed to be Lewis’s for the taking.

Wade in the Water is the album that also introduced me to the brilliance of arranger Richard Evans (1932-2014), who would shortly launch his own exceptional and exceptionally under-rated Soulful Strings.

Ramsey Lewis took paths I didn’t always follow, like his recordings on GRP and Narada or his all-star smooth-jazz super-group Urban Knights – as well as reunions with his original trio, gospel recordings – even one or two returns to amplification. But this is a musician who stayed true to the joy, the soul and the love of music throughout an amazing seven decades of performing, recording and podcasting.

Critics have said that all the jazz labels had their “soul jazz” piano trios – as though to disparage the commercial viability of such things (and even if that sort of thing ever existed): Blue Note had The Three Sounds, they said, Prestige had Bobby Timmons (and Red Garland) and Atlantic had Junior Mance. But Ramsey Lewis set the mold and stood the test of time…well beyond many of his peers, imitators and forced-to-be sellouts.

The music Ramsey Lewis left behind continues to engage, entertain and inspire. We haven’t even talked here about his marvelous Beatles covers, which also apparently accounts for a forthcoming new recording of its own.

With great sadness, I send all the love that Ramsey Lewis put out in to the world back to his family, friends and musical associates.

Posted by Douglas Payne at 8:41 PM