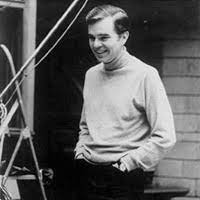 News is coming in that Creed Taylor, one the greatest producers jazz has ever known, passed away this morning. He was 93. A cause of death has not yet been announced.

Over the course of more than half a century, Mr. Taylor recorded hundreds of records and made stars out of some of the biggest names in jazz: Bill Evans, Stan Getz, Jimmy Smith, Wes Montgomery, Antonio Carlos Jobim, George Benson, Freddie Hubbard, Hubert Laws, Stanley Turrentine, Grover Washington, Jr., Bob James, Deodato – to name only a few.

Taylor got his start in the mid fifties at Bethlehem Records and switched over to a lucrative career as one of the A&R men for the newly-merged ABC-Paramount label in the late fifties. In 1960, ABC-Paramount offered him his own label and he created the iconic and storied Impulse label. One of his first signings for Impulse, John Coltrane, went on to craft his most important work for the label.

Shortly after launching Impulse, MGM Records, which had recently acquired Norman Granz’s Verve label, lured Mr. Taylor to Verve, where he made household names of Jimmy Smith, Bill Evans, Cal Tjader and many others. Mr. Taylor’s biggest hits at Verve were with Stan Getz. In a series of albums with Mr. Getz, Taylor nearly single-handedly popularized Bossa Nova in the early sixties. The crowning achievement was Getz’s (with Astrid Gilberto) Grammy-winning hit single “The Girl From Ipanema.”

It was during that Grammy Awards ceremony when Taylor was approached by A&M Records’ Herb Alpert and Jerry Moss with an invitation to form a jazz division for A&M – solely under the direction of Creed Taylor. In 1967, CTI Records was born. There, Taylor waxed landmark records by Jobim and Montgomery as well as others by Herbie Mann (whose earliest albums at Bethlehem were produced by Taylor), George Benson and J.J. Johnson with Kai Winding.

In 1971, Taylor launched a soul-jazz subsidiary label, Kudu, that featured superb records by organist Johnny Hammond, Esther Phillips and, most notably, Grover Washington, Jr. – who hit his apex with 1975’s Mister Magic. Taylor would launch other less successful subsidiaries, including Salvation (initially intended as a gospel label) and Three Brothers (named for his three sons).

CTI scored its biggest hit in 1973 with Brazilian keyboardist and arranger (Eumir) Deodato’s funky take on the classical “Also Sprach Zarathustra” (a.k.a. “2001,” after the 1968 movie, which featured the classical version of the song as its main theme). Ironically, CTI soon after began experiencing financial difficulties. Many of CTI’s stars began attracting million-dollar contracts from major labels that CTI could not afford to match. Worse, George Benson, CTI’s star guitarist, left the label for Warner Bros., where he scored a huge hit with the 1976 album Breezin’, a multi-million selling album and the biggest hit jazz had ever known to that point.

Further complicating CTI fortunes was the departure of Grover Washington, Jr. – who scored his biggest hit several years later with “Just the Two of Us.” CTI continued releasing and reissuing albums through 1983 with middling success. With a settlement from Warner Bros. and the backing of jazz-besotted Japanese investors, Taylor was able to revive the CTI label in 1990, issuing albums by Dizzy Gillespie, Larry Coryell and Ernie Watts, as well as a new generation of jazzers including Charles Fambrough, Donald Harrison and Bill O’Connell.

I always considered Creed Taylor one of my only personal heroes. He had a feel for what would appeal to a wide group of listeners, young and old alike. He also had an ear for what sounded good and what sounded right. Taylor was often criticized for the “canning” of jazz: forcing great players to play pop tunes. Even when he did that, he knew how to let those one-of-a-kind players express their personality as much as their talent.

Creed Taylor had an integrity that far too many producers in jazz utterly lacked. Musicians and music people of several generations gravitated toward him. He was, by all accounts, a kind and easy-going man – another anomaly in his field.

In my conversations with him, Creed Taylor was always polite and never had a bad word for anybody. He was old-school that way: “if you can’t say something nice…” Likewise, so many of the people I talked to who worked with him always had nothing but wonderful things to say about him. Words like "mentor," "thoughtful," "visionary" and "inspirational" were often heard. Indeed, the late engineer Rudy Van Gelder, who recorded the great bulk of Taylor's work, regarded Creed Taylor as his favorite producer. Creed Taylor produced a great deal of the music I love and cherish. Whatever magic he worked behind the scenes (and there’s a lot more to that than most people think), more often than not found its way into the music and on to the records.

My heart, thoughts and condolences go out to his family and deep, personal gratitude goes to the man who single-handedly brought about “the new wave of jazz” – not once but many times over.

Posted by Douglas Payne at 4:46 PM