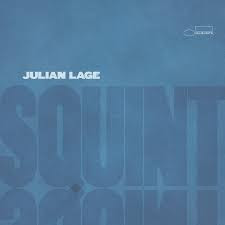 When you squint, you struggle with your eyes to see something. With the onslaught of the Pandemic, however, guitarist Julian Lage was likely required to see or feel this music through a slightly different lens. Indeed, he started writing this joyous music just before the Pandemic reared its ugly head.

Its tumultuous repercussions forced him to reconsider life’s darker consequences. Accordingly, he rethought what he started off with, without sacrificing any of the beauty and trio interplay he originally intended, and wound up with something compelling, provocative and, well, surprisingly satisfying – particularly for this jaded jazz listener, who gave up on something interesting happening long ago.

Listening to the end result, titled Squint, requires no such squinting – at least not aurally. This wide-open eyes and ears music offers something that is warmly satisfying and serves up one of the more meaningful listening experiences I’ve had in quite some time.

My first exposure to Julian Lage was on piano prodigy Taylor Eigsti’s 2006 debut album Lucky to be Me (another one who quickly disappeared). After a stint in Gary Burton’s New Quartet, Lage began recording as a solo artist, debuting in 2009 with a recording called Sounding Point, also featuring bassist Jorge Roeder, who has long been aligned with Lage, up to and including Squint.

Since then, Lage has recorded prolifically, on his own and with those as wildly different as Yoko Ono and Dayna Stephens. The guitarist started playing with fellow guitarist Nels Cline in 2013 and can be heard on Cline’s Blue Note albums Lovers (2016) and Currents, Constellations (2018) – both of which have much to offer, even for Lage listeners – and among the few late-era Blue Notes I care anything about. 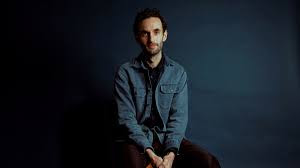 Lately, Lage has been heard with Dave Douglas and Joe Lovano, and, significantly, on a number of John Zorn projects, including the recent New Masada Quartet (also with Roeder). He seems to excel in settings with other guitarists. But it’s something of an exception when he can be heard on the wondrousness that is all his own.

I haven’t heard a guitarist this interesting since Bill Frisell back in the mid 1980s. And this prodigy, who may well have been influenced by Frisell (a legend he’s been recorded with, though I think Pat Metheny, John Scofield and others may have had more impact), is a much more melodic guitarist in the way Jim Hall, Kenny Burrell and even Joe Pass used to be. Apologies to Peter Bernstein, Dave Stryker and others who I haven’t kept up with.

Everything about Squint is compelling and beautiful. From the opening solo “Etude” (which harks back to an old Bond theme) to the closing now-typical (but in ways, atypical) Americana of “Call of the Canyon,” there is much to behold here.

“Boo’s Blues” gives off a Kenny Burrell vibe in Midnight Blue mode (Roeder is amazing here) while “Twilight Surfer” goes back to Burrell’s appearance on Kai Winding’s Soul Surfing (with a wave of Vinnie Bell thrown in for good measure).

Highlights are many and include the Martino-esque “Squint,” the Ry Cooder-like “Saint Rose,” the Scofield “Day & Age” and the Coryell-ish “Short Form.” The beautiful “Emily” and “Familiar Flower” are reminiscent, to me, of Gabor Szabo, if not in sound or form, then certainly in inspiration.

In each of these, Lage offers something that is all his own. Jazz rarely sounds as distinctive as this – or as fun. Tuning out whatever preconceptions one brings to any recording, it’s difficult not to admire and appreciate the liveliness Julian Lage brings to this music and what he accomplishes on Squint.

Posted by Douglas Payne at 9:23 PM